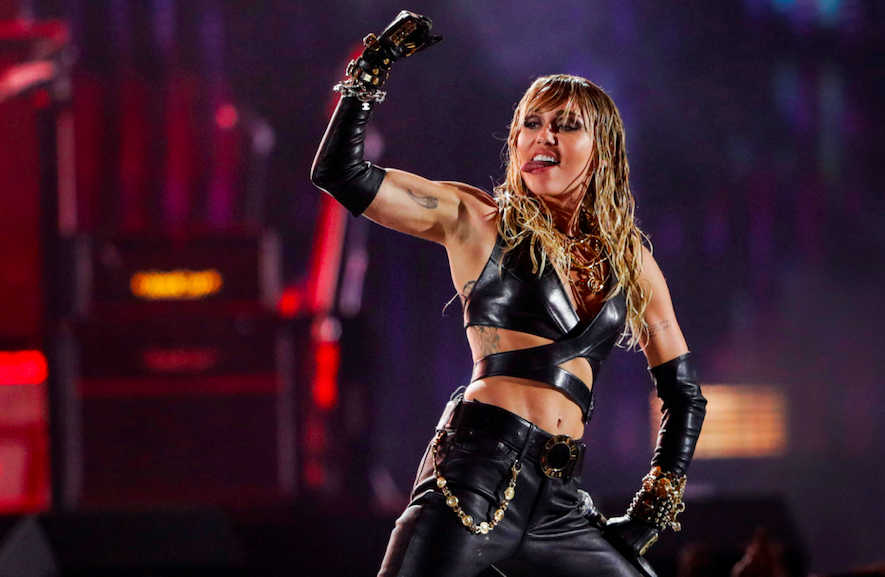 Miley Cyrus has had her fair share of romantic episodes with notable celebrities, the most prominent one as being the ex-wife of 29-year-old Australian actor Liam Hemsworth.

However, after announcing their break following an eight-month marriage and ten-year bumpy relationship, Miley didn't waste time and was back to the dating scene again.

After a brief fling with Kaitlynn Carter - which reportedly ended because things were getting serious - the 26-year-old singer was spotted with 22-year-old Australian musician Cody Simpson.

Interestingly, despite not wanting a serious relationship, Miley shocked some fans and raised some eyebrows when she called Simpson her "BF" on an Instagram story.

Cyrus was recently confined in the hospital for tonsillitis. And as she provides update to her fans while in the hospital bed, she posted a selfie on her IG Stories and captioned it "BF coming to visit me @ the hospy."

The story was followed by a picture of her and Simpson holding a guitar.

What's up with the two?

Simpson has been a familiar name not just in the music industry, but also in the dating scene. The Australian surfer-turned-singer has been known to date celebrities like Bella Thorne and Kylie Jenner.

However, no one could forget his two-year relationship with Gigi Hadid, which ended in 2015. He claimed the relationship it was taking a toll on his mental and creative disposition.

Both Cyrus and Simpson has been spotted kissing in an acai eatery in an LA grocery store. This sparked rumors about a new relationship since the two have already been known as good friends.

Even with the public's new glance on their budding relationship, the two have been rumored to have "hooked up" before when they were friends. Nonetheless, much to the fans' speculations, they have strayed from dating each other in the past and have continued to rewrite their dating history.

However, it seems they have found the perfect time to step out of that stage and reconsider their relationship.

A lot of Miley-Liam supporters won't be happy though, especially since it hasn't been that long since their relationship ended.

Miley seems happy with her love life though. Sources of E Online claim that the American singer is relishing new liberations and discoveries on a relationship

Miley and Cody have been vocal of their affections for each other through social media, letting the fans have a glimpse of their budding relationship. Whether it's breakfast together or in this case -- serenading Miley with flowers in the hospital - the two are not holding back in showing their affection for each other.

The American popstar is expected to attend the upcoming Gorillapalooza this weekend, an event held to raise money for global conservation efforts. The said event will be hosted by Ellen DeGeneres.

Cody Simpson, like Miley, advocates for cleaner energy through the World Economic Forum.

Miley is certainly happy with her relationship right now -- her social media posts considered. Hopefully, it will be a lasting relationship. Besides, they started friends anyway!