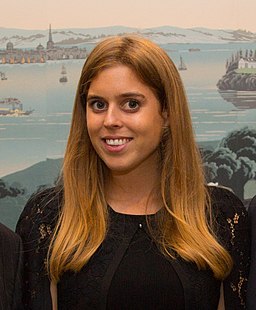 Will she get married at Windsor Castle like Eugenie and Meghan? Or will it be at Westminster Abbey like Kate? No and no. Bea wants to keep the wedding low-key.

Ahead of the royal wedding, Princess Bea is already having all sorts of problems. For one, she reportedly can't find a designer to make her dress.

Any guest you don't invite to your wedding will begin to question your relationship. For royal weddings, critics will raise their brows at the missing guests, too.

For Princess Bea, the problem is with her fiancé's ex architect Dara Huang. Edo and Dara also have a 2-year-old son, Christopher Woolf "Wolfie" Mapelli Mozzi. This makes Bea the first princess in the Queen's family to become a step-mum.

Unlike her cousins Prince William and Prince Harry, Bea does not need to ask permission from the Queen to get married.

However, the Queen still has an opinion on her granddaughter's wedding. So no, Bea cannot get married in Italy where Edo is from because the Queen allegedly refused to fly to Europe.

But Princess Bea will make sure she has her own way at her wedding. That could mean no horse-drawn carriage, no expensive wedding dress, and no grand bouquets at the chapel.

There will be no royal procession either which will save her from the embarrassment of getting turned down for TV coverage from BBC like Eugenie.

Princess Beatrice wedding venue could also be at her parent's home - a garden wedding. She reportedly told her parents she did not want a big showy event at Windsor.

The Princesses of York are not obliged to follow royal wedding protocol as the 9th and 10th in the British succession. So Beatrice may take advantage of that freedom.

Bea's 11-month whirlwind romance and short engagement is reportedly due to the fact that she wants to have a baby before her younger sister Eugenie does.