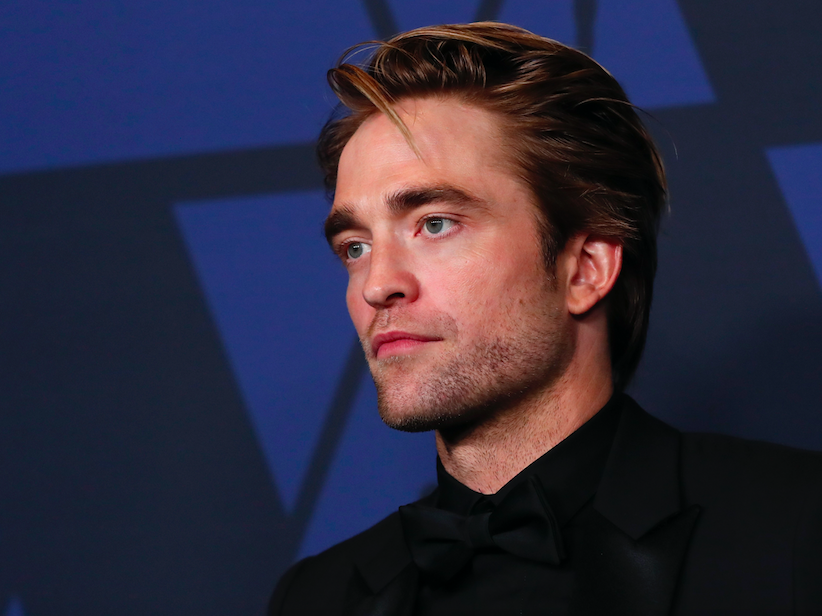 Robert Pattinson prides himself as a risk-taker.

Speaking to Jennifer Lopez as part of Variety's Actors on Actors series, Pattinson discussed how he carefully decide which roles to take -- confessing most of the "weird" characters are what he most excels at.

During the interview, the "Twilight" actor reminisced on some of his more "out there" roles during his career, saying it is not part of his "skills" to know what a big audience wants.

"I know what I want, and so the only thing I can really do is try to make a movie that I'd go and see, and chances are there's going to be at least one other person who'll want to see it," Pattinson said.

Confessing about the blockbuster "Twilight" series, the 33-year-old Hollywood star said that the novel-turned-movie has a "weird" unconventional vampire love story.

Pattinson said that it is strange how people responded a lot to it, adding, "I guess the books are very romantic, but at the same time, it's not like 'The Notebook' romantic."

The English actor added that "The Notebook" is very "sweet and heartbreaking" whereas "Twilight" is "about a guy that finds the one girl he wants to be with who he also wants to drink her blood."

Pattinson expressed, "It's not that other people are telling them they can't be together, it's his own body telling him that."

He did not expect that "Twilight" would become a big hit because, at the time, he believed it was just a small project.

The "Twilight" saga became a global phenomenon, which helped Robert gain even more popularity after his "Harry Potter" role.

Now, Pattinson is set for his biggest role yet in his upcoming "Batman" movie where he will play the poular character.

Pattinson told JLo that he liked that it is an unexpected move for him, adding that he is not really sure about the role but he really wanted to do it.

The actor then explained that he liked doing roles which wil surprise the audience in way that will make them realize that they really do not know what they want.

Lopez then told Robert that he will be an "awesome" Dark Knight, then Pattinson jokingly said that she would, as well.

"Why not? I think as an actor, it would be fun to explore," Jlo replied.