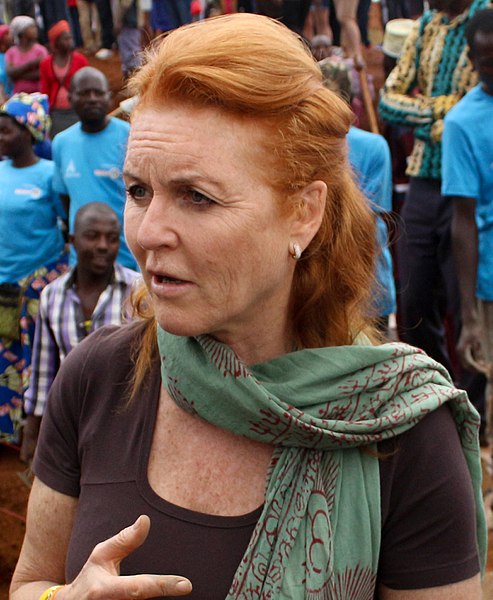 Sarah Ferguson, the Duchess of York, revealed a shocking deal she made with pedophile and convicted sex offender Jeffrey Epstein.

Apparently, Ferguson accepted €15,000 from Epstein as payment for her former personal assistant Johnny O'Sullivan. The Duchess owed €78,000 in unpaid wages and bills to O'Sullivan, to which Epstein offered his help.

Though Epstein did not deal directly with the Duchess, as he discussed it with the Duke of York, Prince Andrew. Ferguson still made it very clear how regretful she feels about accepting the offer. Ferguson called the acceptance of the help as a "terrible error in her judgement."

"This is the first time ever in my life, and I mean 'ever', that I have been debt free." Ferguson explained.

The Duchess claimed that at the time, she had no idea about the string of court cases facing Epstein.

"I abhor pedophilia and any sexual abuse of children and know that this was a gigantic error of judgment on my behalf," Ferguson continued.

Prince Andrew was reportedly the one who requested the money from Epstein and handle negotiations on behalf of his ex-wife. And since she was never in direct contact with Epstein, this led her to believe that the entire deal was completely innocent.

Living Beyond Her Means

After her divorce with Prince Andrew, Sarah was found to be living beyond her means and facing bankruptcy since she declined the Queen's offer of a huge financial settlement for their divorce.

According to 1992 reports. Ferguson was offered €7 million directly from Prince Andrew's personal trust fund and €500,000 as annual income as long as she kept her life as a royal confidential.

Unfortunately, she did not consent to a confidentiality agreement so that she can earn from her numerous autobiographies and media appearances where she talked about her life as a royal.

A series of very bad business decisions happened that led to more and more debt for this former-royal.

On top of this, Sarah was also insistent on flying "first-class" and having a personal staff of approximately 12 people -- including a butler and a dresser -- despite having trouble with her finances. Her proliferate spending led to about €5 million in debt.

In 2011, Ferguson reported that she was clear of any debts, thanks to her ex-husband Prince Andrew.

However, Sarah did not make it clear on how the Prince helped her -- whether it was through financial support or emotional support.

Her respect and gratitude for the Prince is clear, as she calls him "a first-rate man" and is more than happy to throw herself under the bus for him.

While Prince Andrew is under media backlash because of his friendship with Jeffrey Epstein. Ferguson is quick to defend her ex-husband.

Sarah explained how horrible and painful it is for her that the Prince's relationship with Epstein is being used to make his life more difficult. Sarah Ferguson continued by saying that she will repay the €15,000 whenever she can so she would not have anything connecting her to Jeffrey Epstein.

(Sarah Ferguson in Rwanda during the launch of Gahanga Cricket Stadium [C BY 2.0 (https://creativecommons.org/licenses/by/2.0/)])