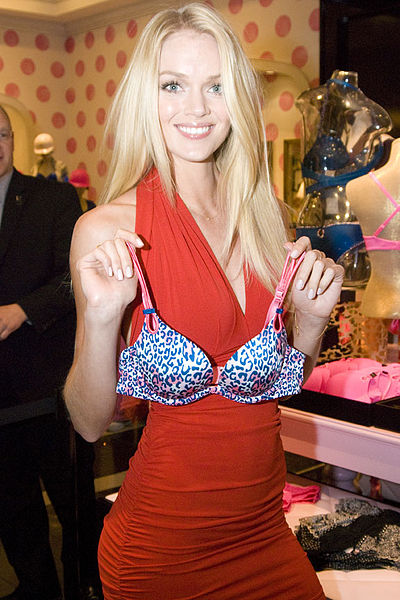 Victoria's Secret executives have finally confirmed: the 2019 fashion show has been canceled.

Stuart B. Burgdoerfer, Executive Vice President and Chief Financial Officer of L Brands (parent company of Victoria's Secret), announced the news on Thursday morning. He reasoned that the overall concept of the show is being evaluated, according to a report by Women's Wear Daily,

"We recognize the message the brand is communicating. The emotional content of Victoria's Secret is something of great value to us," Burgdoerfer said.

The company exec also emphasized that the fashion show is an important aspect of the brand. It helps in building the business, which is why it must only send the right message. With that, Burgdoerfer added that they are currently evaluating how to advance the brand's positioning of itself to best communicate the message to its target consumers.

The Victoria's Secret Fashion Show has become synonymous to success by supermodels Naomi Campbell, Miranda Kerr and Gisele Bundchen since its launch in 1995.

Those big names in the modeling industry have walked the runway wearing elaborate wings, the seductive lingerie, and sleepwear designs year after year. ABC first broadcasted the show on television, though CBS aired it from 2002 until 2017 before returning to ABC last year.

While Burgdoerfer said that their marketing team is working on campaigns that will communicate with customers, those campaigns are not as elaborate or big as the fashion show. They will be tapping various platforms, including social media.

The timing of the shift is not about the time of airing and the sales generated from it, however. Rather, the executives feel that television is no longer the "right platform" for the show.

"Fashion is a business of change. It is what we need to grow," the memo from L Brands CEO Lex Wexler read, according to the copy obtained by CNBC.

The memo also reveals that the company is pushing for dynamic content challenging boundaries in the digital age.

The Victoria's Secret Fashion show has always been the talk of the town even after months of its television broadcast. However, in the last couple of years, the brand's fashion show has become the center of controversy.

It has been called for the lack of body type diversity on the runway. Over the years, it has failed to include models of different sizes and backgrounds.

In 2018, Ed Razek, former Chief Marketing officer, faced backlash when he told Vogue that they will not be including curvy models or hire trans women for their annual fashion show. Although he was quick to apologize for the insensitive comment, saying that they have invited transwomen to the casting call, but sadly, none of them made it.

Razek also clarified that it was not because of their gender at all.

Moreover, although there has been an attempt to be encompassing when they included 19 models of color in their 2018 fashion show, it seems that the audience is still asking for something more.

After Winnie Harlow, the model with vitiligo, walked in the show last year, what else can Victoria's Secret have to offer to include women of all shapes, ages and sizes?

READ MORE: Bella Hadid On Modeling Lingerie: 'This is NOT Empowering'