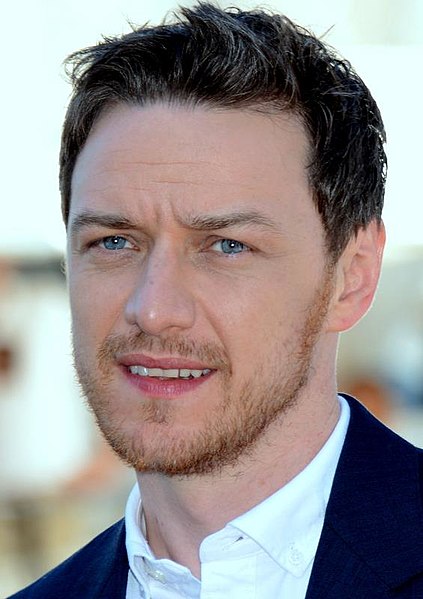 James McAvoy, best known for his role in the "X-Men" movie series, is one of Hollywood's most sought-after actors. However, there has been one reason why he kept losing good movie opportunities.

James McAvoy has a "limitation" -- his height

Although he has not really been a household name compared to his contemporaries, there is a very good chance that people recognize him in one of his films. His biggest break in Hollywood was when he played the role of Mr. Tumnus in the film version of The Chronicles of Narnia: The Lion, The Witch and The Wardrobe."

Since then, he has played very good roles in "Atonement," "Split" and "IT Chapter 2."

However, height has always been an issue for moviemakers who want to bring in James McAvoy. He stands 5 feet 7 inches, which puts him in the middle. He is not tall, but he is not short either.

McAvoy's height has gotten in the way of him working with different actresses. Once, an actress told him that she thought he was not tall enough to act opposite her. He did not mention any names, but he was open to talking about his height issue.

Some filmmakers have also felt that he was too short to take on a role.

"As a shorter man, I sometimes get told that I'm too short for a role," McAvoy revealed. He added that sometimes if he got a role, the director and the rest of the team make him feel like they had to go out of their way to make his height work.

Nobody would believe that the female character would fall for someone like him. At some point, James also felt like he was not good looking enough to get the role, simply because his height got in the way.

Tom Cruise Has That "Limitation," Too

James McAvoy is not the only male actor that has lost roles because of his height. In fact, Tom Cruise has had to deal with the same criticism.

When he played the role of Jack Reacher -- a famous character by Lee Child -- some of the fans could not help but express their dismay. They said bluntly that Cruise was wrong for the role and his portrayal of the character in the novel was "not right."

Child himself agreed that Cruise may have the talent, but his physicality failed him. BBC reported Child saying that he enjoyed doing the film with Cruise, but the readers are ultimately right. The role of Reacher must go to someone who is tall and big.

And so, the director decided that there will not be any more movies with Tom Cruise. In the recent reboot of the Jack Reacher franchise, there would be a new actor taking on the role.

Although it was truly disheartening for both McAvoy and Cruise to learn that they had to miss out on a lot of opportunities simply because they were shorter than the others, they can both be proud to be two of the most successful actors in Hollywood.

Their success was brought about by the hard work they have put into the roles given to them. The "X-Men" series and "Mission Impossible" have certainly given millions of fans an inspiration to do good and be better.