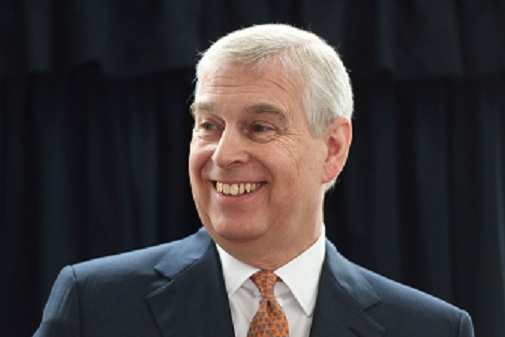 The Queen's second son has decided to take a leave from all his royal duties amidst the controversies surrounding him and his friendship with convicted sex offender Jeffrey Epstein. While facing all the questions about how deep his relationship was with Epstein, an alleged victim of Prince Andrew surfaced.

Virginia Roberts Giuffre came out to tell her side of the story. She claimed that Prince Andrew had non-consensual sexual relations with her when she was only 17. Of course, they met through Jeffrey Epstein.

Although the Duke of York has repeatedly denied the accusations, the 30-room royal lodge mansion that he owns may be taken away from him.

According to the information retrieved by RadarOnline, the Prince could potentially lose his mansion as part of the ongoing investigation of his finances. According to the former member of the Public Accounts Committee of the Parliament, the government will be looking at the assets of Prince Andrew and the process of how all these riches have been obtained.

The report published in the Sunday Express revealed that the Prince has previously signed up for the lease of his home for 75 years. Now, Chris Evans, who is running for the re-election as the Labor MP for Islwyn, is pushing for the re-adjustment of the fees to meet the current market rate.

In addition, Evans added that questions about the wealth of Prince Andrew and how he has accumulated them should be asked. Evans then suggested that the books be opened. He demanded that Prince Andrew be ready to answer all queries about where his "fabulous" income came from.

Despite the questions raised about the financial status of Prince Andrew, the Crown State revealed that they prefer that the estate remain under the possession of the royal family. Andrew's home, according to reports, is in a very sensitive location.

The Duke of York's Sexual Relations

Virginia Roberts Giuffre was only 17 years old when the first of three sexual encounters with Prince Andrew happened between the years 1999 to 2002.

The 59-year-old royal, who has stepped down from all his royal duties, may be banished from public life forever. His future depends on the gravity of revelations Guiffre disclosed. Her interview with "Panorama" is set to air Monday night.

Epstein's alleged sex slave revealed that she was forced to sleep with the royal prince. They met through Ghislaine Maxwell, believed to be a partner of Epstein in his illegal transactions.

Although Prince Andrew denied ever meeting Virginia, The Sun on Sunday reported that he had kept in touch with Maxwell. In June of this year, the "pimp" visited the Buckingham palace and signed in as a guest of Prince Andrew.

The suicide of Epstein has left a lot of doors open. Moreover, the friendship between Maxwell and Prince Andrew has sparked a number of questions about the royal's participation in the illegal sexual activities by the diseased.

At the moment, everyone is waiting for the revelations of Prince Andrew's alleged sexual victim. The interview of Virginia Roberts Guiffre might just leave Prince Andrew with nothing to his name.