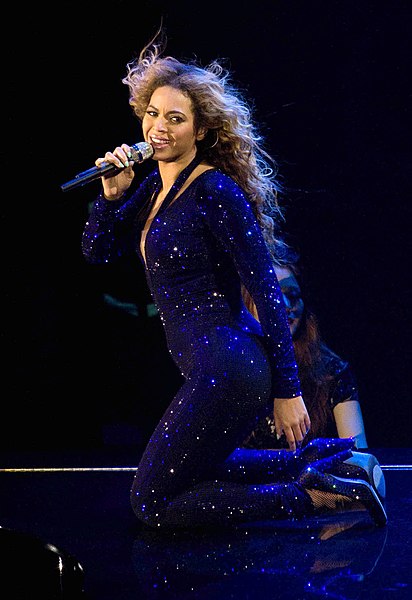 Beyonce has always been known for her spectacular sing and dance performances. Every performance she makes is always well applauded.

However, everyone knows that it is not just the Queen B that makes these shows truly worth watching.

Only two months since her legal battle over the trademark of her daughter's name, Beyonce is now being accused of paying her back-up dancers low.

While the organization of dancers that raised this issue is trying to gather evidence to prove that these accusations are in fact true, fans of Queen B are too quick to discredit the dancer's union and their allegations.

It came as an utter shock when an organization took it to social media to accuse the "Crazy In Love" singer of not properly compensating the dancers that she worked with.

In an Instagram post, The Dancers Alliance called out the singer for paying the dancers below the standard rate the organization has set. They are a non-profit organization that represents non-union workers in the industry. Their goal is to negotiate equitable rates for everyone to ensure security and tenure of their talent and capabilities.

The Dancers Alliance particularly pointed out the rate of the dancers Beyonce is currently working within her new music video. In a lengthy post on social media, the alliance said that during the recent casting call for Beyonce's music video, it was announced that the talent, if they get picked, will only be paid $250 per day.

The Dancers Alliance, however, noted that the standard minimum rate is already at $500 per day.

View this post on Instagram
Want to know WHY non-union rates have not increased over $500 a day in the last 20 years? With non-union music videos such as the Beyoncé MV, that's shooting as we speak, for $250 + 20% agency (per day), dancers, choreographers, and agents are NOT upholding the DA baseline standard of at least $500 + agency. Dancers accepting these low rates for this caliber artist or any artist is UNACCEPTABLE! Choreographers not sticking up to production companies about proper DA baseline rates to hire professional dancers is UNACCEPTABLE! Agents NOT informing production companies and upholding their roster of clients' to DA baseline rates before the call is sent out is UNACCEPTABLE! This flawed system is never going to change without DANCERS TAKING THEIR POWER BACK! We MUST stand by the DA baseline non-union rates for ourselves as a community! But it takes EVERY SINGLE ONE OF US! . #dancersalliance #dancecommunity #dance #professional #professionaldancer #musicvideo #beyonce #artist #nonunion #thesystemisflawed #unacceptable #dancers #choreographers #agents #rates #wages #worth #knowyourbusiness #knowyourworth #wemuststandtogether A post shared by Dancers Alliance (@dancersalliance) on Dec 6, 2019 at 5:24pm PST

"Dancers who are accepting this low rate from caliber artists or any artist is UNACCEPTABLE," they wrote. They also called out choreographers who accept below the baseline rate pay and wrote that such practice is unacceptable as well.

As soon as the post went viral online, JaQuel Knight, Beyonce's choreographer, took to Instagram stories his response to the post. He clarified that the rate of $250 per day was what they have set to pay the "extra" dancers. He also pointed out that this rate is double the standard rate for extras, which have been set only at $125 per day.

Knight, then, challenged The Dancers Alliance to produce proof to support their claim. He asked them for receipts to justify that the claims they made were true.

Although the "Irreplaceable" star has yet to confirm or deny the allegations thrown her way, it has not stopped the fans to come to her rescue and defend her. The Dancers Alliance disabled their comments section as soon as their accusations have come to light.

The fans of Queen B took it to Twitter to defend her.

Some fans said that if this were true, it still did not matter because she makes up for them tenfold with the worldwide exposure, not to mention the hefty bonuses that came after performances.

Fans also added that the singer gives away millions worth of bonuses. They assumed that maybe the people behind such comments do so because Beyonce will never speak to explain herself.

The Dancers Alliance has yet to comment on the backlash to their controversial Instagram post. They also need to show something that proves their claims against Beyonce are true.

Until the organization does it, they could only prepare for the worst to happen.