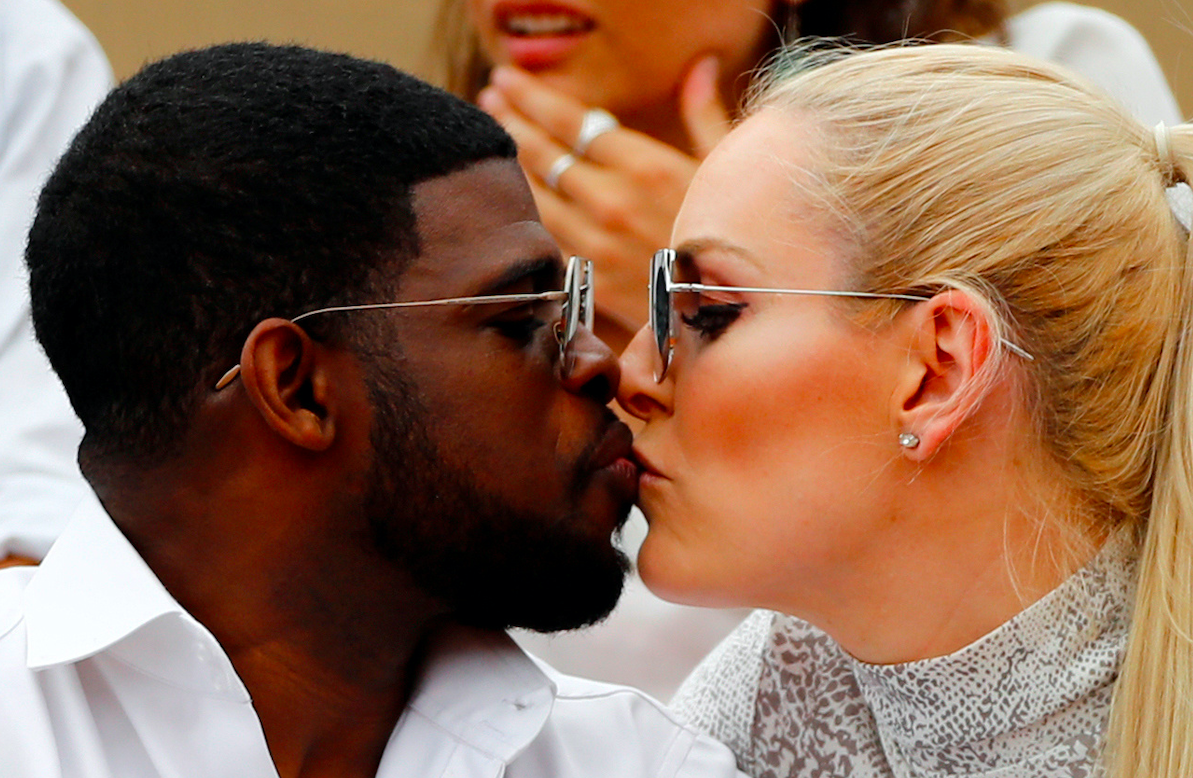 In an extremely non-traditional move, a woman asked a man to marry her...and he said yes.

And yes, the sports power couple has announced their engagement for the second time.

In an August Instagram post, Vonn posted, "I said YES! Can't' wait to spend the rest of my life with this crazy/kind/handsome/hyper/giving man."

Merry Christmas and happy holidays everyone!! On our 2 year anniversary, in a “non traditional” move, I asked PK to marry me and he said, Yes ️! Women aren’t the only ones who should get engagement rings! #MerryChristmas #equality pic.twitter.com/hhdm85RoWi — lindsey vonn (@lindseyvonn) December 25, 2019

Despite saying "yes" to Subban's proposal, the 35-year-old shared on Twitter that she asked the New Jersey Devils defenseman to marry her -- offering him an engagement ring of his own.

"Merry Christmas and happy holidays everyone!! On our 2nd anniversary, in a 'non-traditional' move, I asked P.K. to marry me, and he said, Yes."

Vonn linked a cute picture of herself and Subban with the ring. She also included a photo of them wearing matching striped pyjamas in front of a Christmas tree with their three dogs.

Vonn added, "Women aren't the only ones who should get engagement rings!" Vonn closed her tweet with hashtags "Merry Christmas" and "equality."

On Instagram, her caption included, "We talk about equality, but actions speak louder than words. Men should get engagement rings too, and this is what P.K. deserves."

The two are in no rush to get married, however. Speaking to Vogue in August, the power sports couple made it clear that they would prefer to take their engagement slow.

"I just want to enjoy the moment and the engagement. We're not in a big hurry to get married," Vonn said at the time.

Subban, meanwhile, expressed her love for her fiancee and said that she was the "best thing that has ever happened" to him.

"There are people in life that deserve to be with good people. She deserves to be with someone who loves her more than anything else in the world," Subban added.

The first time Subban laid his eyes on Vonn, he knew he had a crush on her. The guy quipped to ESPN on a live interview, "It's hotter outside than Lindsey Vonn looks today."

After that, they eventually met at the Nickelodeon Kids' Choice Sports Awards in 2017, during which P.K. chatted with Vonn and her younger sister at the event.

But at that time, Vonn had a boyfriend. So when Vonn became single, Subban took his shot and the rest was history.

If the two would have babies, they would surely inherit some fierce athletic genes.

Meanwhile, the 30-year-old P.K. Subban won the 2013 Norris Trophy with Montreal as the NHL's top defenseman. He was traded to New Jersey from Nashville in June.

Lindsey Vonn previously had a high-profile relationship with Tiger Woods. They dated for three years until 2015, and throughout her relationship with Woods, Vonn had been open about not wanting to get married.

She once told Vogue that she is "definitely not getting married to anyone."

Aside from Tiger, Lindsey was previously married to former ski racer Thomas Vonn but opted to keep his last name after they separated. That was before she met Woods at a 2012 charity event.