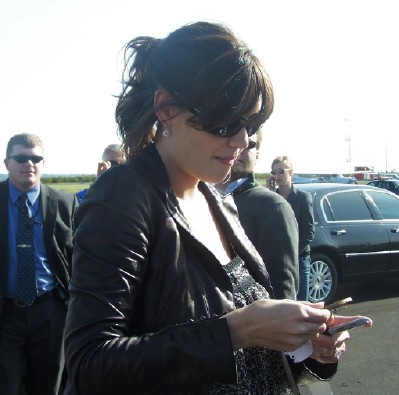 Katie Holmes plans to leave life in the city for a more peaceful time in the countryside. Some say she has turned into a real "hippy" with the decisions she has been making lately, but a quiet existence is all that she wants at the moment.

A source exclusively revealed to RadarOnline that both Katie Holmes and her daughter Suri Cruise have become more health-conscious. The source added that their desire to be healthier is the reason why they are looking at moving to the countryside.

The bustling metropolis of Los Angeles or New York has got them living a rather intense lifestyle that it is no longer great for their physical and mental well-being.

With that said, the actress has decided to live a small-town life. Holmes believes that doing such is the best course of action at the moment. The actress thinks that life in the city has caused them to become more vulnerable to physical and mental stress that it is not helping them get into the right shape of health.

How did Katie Holmes think of leaving the city? Her former "Dawson's Creek" co-star James Van Der Beek and his wife Kimberly gave Katie the idea. The source told Radar that this is not the first time that Kimberly gave this advice. In fact, she tells her clients and sometimes her friends that feeling burnt out or getting sick a lot is maybe because of the fact that they live in the city.

Kimberly advises them to get away for a while -- away from the pollution, traffic and politics. The unwanted attention that celebrities get from being famous, be it in New York or in Los Angeles, can make their lives stressful as well.

Not only do they have to think of ways to move around the unwanted attention and even the paparazzi, but they also have to be wary of everything that they do.

As it turns out, moving to the countryside may have its benefits, too. When Van Der Beek decided to move out of the city and into the countryside, their family benefitted a whole lot from it. They got less and less sick and became healthier and less stressed.

Katie Holmes is finally taking the advice of her good friends. And because she is not getting any younger, at 41, she has decided to move her and her daughter's life to the countryside.

Holmes believes it is all for the better.

Michelle Williams is also one of the stars who benefitted from moving away from the hustle and bustle of city life in Brooklyn. She traded it for a life in the remote part of Upstate New York and she is happier than ever.

The source added that these former "Dawson's Creek" stars prefer the kind of laid back lifestyle, especially now that they have their own kids. Being away from the cameras has done them good.

Amidst all these, what does Tom Cruise have to say? Will he allow daughter Suri Cruise to leave the city?

READ MORE: Katie Holmes DO ALL THESE to Keep Up With Suri Cruise