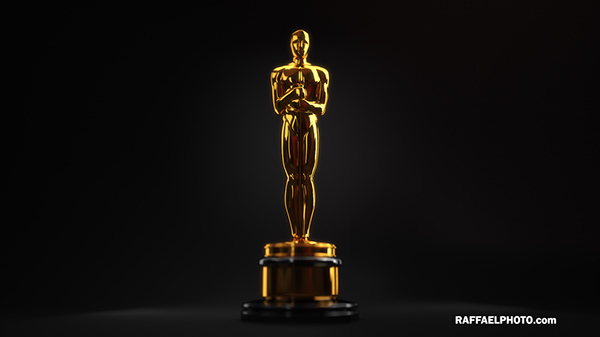 Does history repeat itself, or Oscars is just playing favorites all over again?

Now on its 92nd year, the Academy Awards is once again getting backlash after female directors and artists of color were nowhere to be found on its list of nominations.

On Monday morning, John Cho and Issa Rae presented the nominations for the said prestigious award-giving body. However, social media users start to flak online after Cho and Rae announced the list of nominations for Best Director, which include the following: Martin Scorsese for "The Irishman"; Todd Philips for "Joker"; Sam Medes for "1917"; Quentin Tarantino for "Once Upon a Time in Holywood", and; Bong Joon Ho for "Parasite."

That it! Leading host Issa Rae to conclude: "Congratulations to those men," with so much shade that everyone can read between the lines.

Issa's sarcasm represents a majority of the viewers who pointed out that there was no single female director on the list even if 2019 is full of applauded movies directed by women including Greta Gerwig for "Little Women" (which gets six other nominations such as Best Picture, Costume Design, Score, and Actress in Leading and Supporting Role, but not for Best Director. Come on!).

Lorene Scafaria was also nominated for "Hustlers", as well as Lulu Wang for "The Farewell" (with 98% Rotten Tomatoes rating and lead role Awkwafina winning Golden Globes Best Actress), Marielle Heller for "A Beautiful Day in the Neighborhood," Celine Sciamma for "Portrait of a Lady on Fire," and Melina Matsoukas for "Queen and Slim."

Disappointed Oscars fans also emphasized that 19 out of 20 acting nominations were all white actors/actresses. Thanks to Cynthia Erivo's Best Actress nomination for her performance in the biopic film "Harriet," Oscars is saved from yet another #OscarsSoWhite movement.

Aside from men and white-dominated Oscars, fans are also disappointed that the Academy Awards snubbed some of the crowd's favorite and outstanding performances.

It includes Jennifer Lopez, who was snubbed to be in the list Best Supporting Actress nominees for her performance in "Hustlers." Next would be Beyonce's "Spirit" which was not included on the Oscars Best Song nominees. Beyonce wrote and performed the song Spirit for the 2020 adaptation of the film "The Lion King."

Despite the billion-dollar blockbuster hit from Disney, fans were also surprised that "Frozen II" did not make it on the cut. Although "Frozen" got a nomination for Best Song for "Into the Unknown," they failed to make is to the Best Animation category -- which nominees are composed of "Toy Story 4," "Missing Link," "How to Train Your Dragon: The Hidden World," and "I Lost My Body and Klaus."

Meanwhile, reacting to fans' disappointment on Oscars' snubs, Academy governor-at-large DeVon Franklin said: "This is the up-and-down part of the work. Everyone who got nominated is completely worthy."

"There's the feelings and the facts. The facts are there is progress and that progress is sustaining itself. The feelings are, with every Oscar season, there are going to be these surprises that remind us that there's still more work to be done," he added.