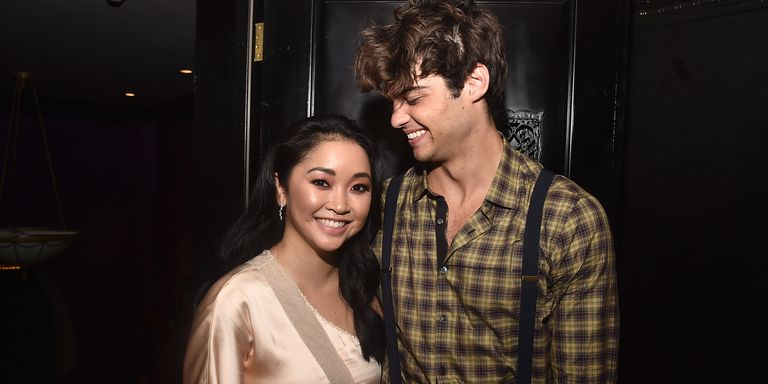 It is once again the time of the year when the flowers and chocolates will not just be overpriced but also overhyped. But instead of being the bitter single lady/guy who will treat Valentine's Day as an ordinary Thursday, why not grab a popcorn and watch some feel-good movies that will take away all that negative energy?

Starting with Netflix's newly released romantic comedy film "To All The Boys: PS I Still Love You," which is a sequel to Jenny Han's novel-turned-hit-movie "To All The Boys I've Loved Before."

The first installation revolves around NBSB (no boyfriend since birth) high school student Lara Jean Covey (Lana Condor) whose sister, Kitty, purposely sent out the secret love letters for her crushes to save Lara's love life.

Lara Jean found herself in the arms of one of the letter receivers, football hottie Peter Kavinski (Noah Centineo), who eventually fell for Lara's innocent vibe.

In the sequel, Lara Jean and Noah are now officially a couple. Being a first-timer in the girlfriend department, Lara Jean felt intimidated by Noah's ex and the rest of his fan club. And to make things more complicated, one of her ultimate crushes -- John Ambrose McClaren (Jordan Fisher), who also received one of the love letters -- wrote her back and made her confused with all the feelings she has for Peter.

So regardless if you have a date or "forever alone" this weekend, here are the reasons why you should see this film before the calendar hits the 14th.

The minute Peter Kavinsky gave you that puppy eyes, you will be forever under his spell. If you fall in love with Noah's character in the first film, you will love him even more as you will see the other side of Peter -- particularly the jealous side which makes him ten times cuter.

To be fair, Jordan also gave justice to John Ambrose, and he is cute too! But nothing beats that Noah Centineo charm! Sorry not sorry, #TeamPeter all the way!

Get Some First Date Tips

The sequel opens up with Lara Jean and Peter's first official date as a couple. It will make you understand why it is okay to get a little awkward yet totally dreamy on your first date.

It Teaches About Young Love

From never-been-kissed wallflower, Lara Jean found herself torn between two equally good looking gentlemen. While you may think that it only happens with the popular girls in the class, this love triangle will teach you how to guard your heart and make the right choices.

We also loved how Lara Jean and Peter had their first conversation about sex, and our girl handled it really well -- an excellent example to all the kids out there.

And just before the movie ended, Lara Jean received valuable advice that "sometimes, you need to kiss the wrong guys to know what is right."

Now that Valentine's Day is just around the corner, singles tend to loath on cheesy couples and hate them for some unknown reasons. Watching "To All The Boys: PS I Still Love You," will take all that bitterness away.

It will just give you a good mood and make you believe in love all over again.