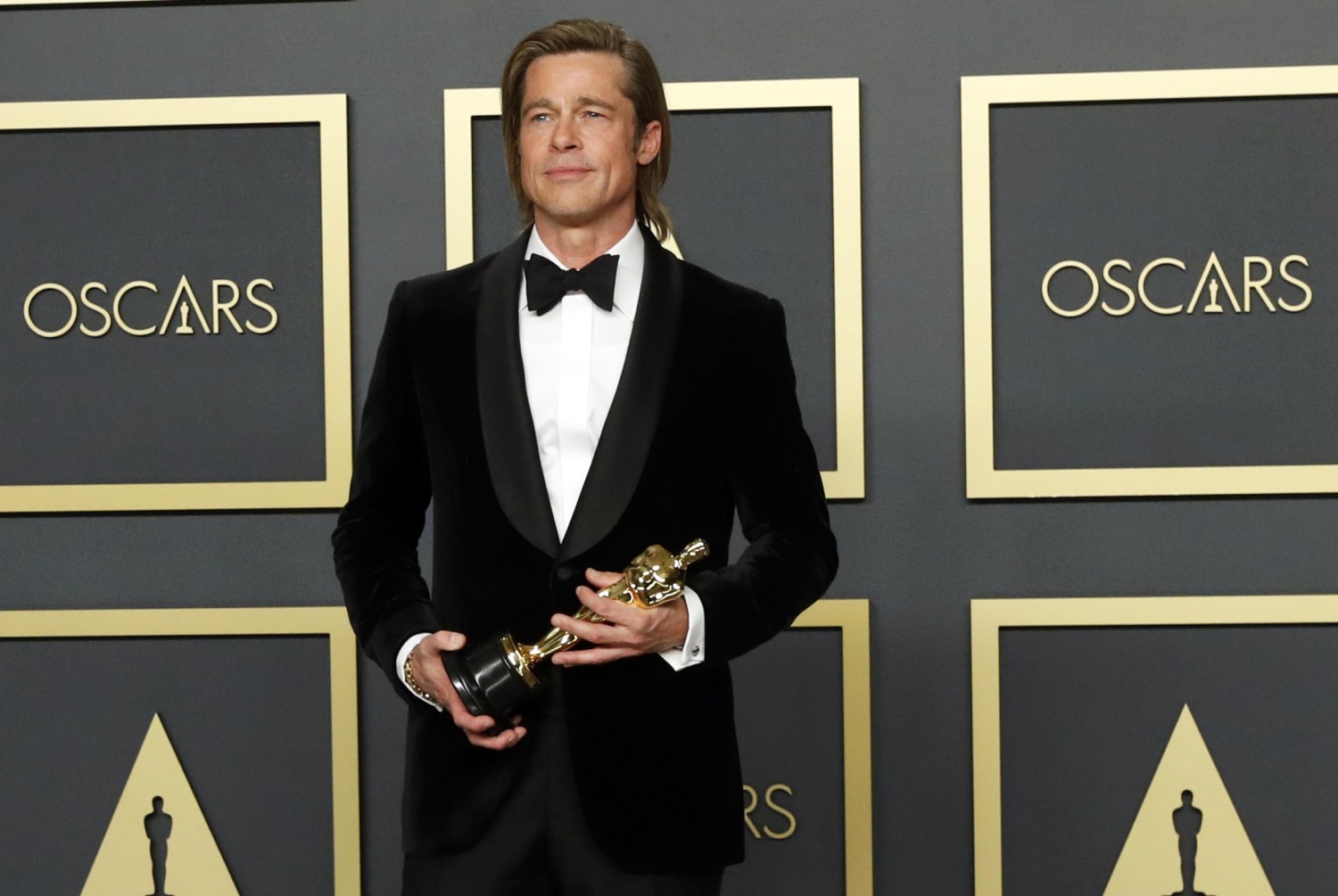 Brad Pitt was a picture of vulnerability when he delivered his acceptance speech at the 92nd Academy Awards last Sunday. The actor was honored at the Oscars as the Best Supporting Actor for his role in "Once Upon a Time in Hollywood."

It is worth noting that it was Brad's first acting award in the Oscars.

After his emotional speech as he accepted his first Oscars on Feb. 9, Pitt took a minute to bask at the moment. The night was rather significant for the actor who has spent years making films hoping to be recognized.

Finally for Brad, it has happened.

"I'm just trying to catch my breath," said Brad while he was backstage.

Pitt is featured on the cover of PEOPLE magazine, highlighting the story of his win and the outpouring of his support for his new achievements as an actor.

"This is all so flattering...and humbling," the actor said.

When Regina King presented him the Best Supporting Actor award for his outstanding performance in the movie "Once Upon a Time in Hollywood," Pitt was obviously emotional when he addressed everyone present in the Dolby Theatre that night.

"Listen, I'm a bit gobsmacked," Pitt added. He also revealed that he was not the kind of person who would look back, but he said that the recognition made him do so.

He continued and called out Geena Davis and Ridley Scott in his speech. "Thank you for giving me my first shot, to all the wonderful people I've met along the way to standing here now...Once Upon a Time in Hollywood...ain't that the truth?"

The "Mr. and Mrs. Smith" actor became even more emotional at the part when he called on to thank his children. "And to my kids, who color everything I do, I adore you," Pitt concluded.

The last few months have been a whirlwind of emotions for Brad Pitt. This awards season has brought him a number of new awards to put on his shelf. He took home the Golden Globes, Screen Actors Guild Awards, and the BAFTAs award.

However, what completed this season's success was the honor of receiving his first Oscars -- perhaps the highest recognition in Hollywood.

Alongside his co-star in the movie "Once Upon a Time in Hollywood" Leonardo DiCaprio, Pitt celebrated his win at the Governor's Ball. Later that night, he was spotted at the Oscars after party by the Vanity Fair. The room erupted in applause when the actor walked in.

And while the actor has always loved acting, he emphasized the importance of pursuing other passions in life. His Plan B, his production company, has been doing so well. It was responsible for the widely acclaimed 2014 Oscars' Best Picture, "12 Years A Slave."

Pitt is also currently making himself busy with his new pastime, sculpting.

"I think it is time to disappear for a while to make stuff," Pitt said when asked what's next for him after the Oscars.

READ MORE:Jennifer Aniston Willing to Sacrifice THIS to Get Back With Brad Pitt