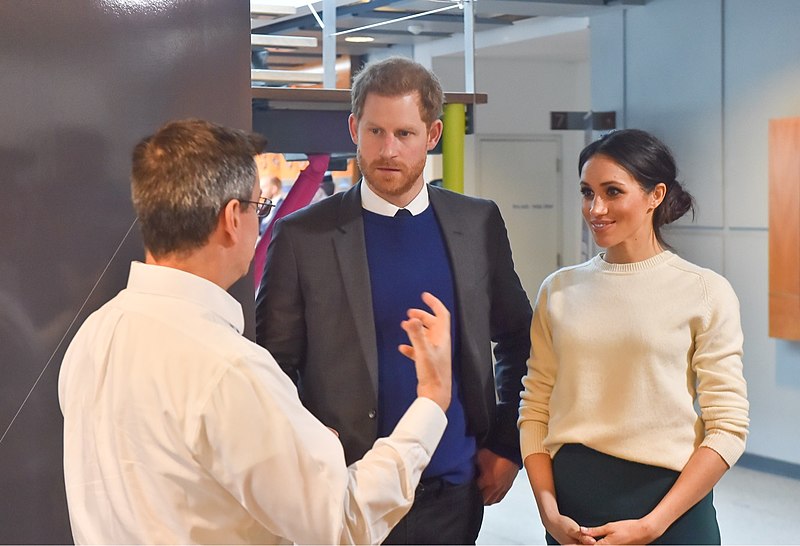 Prince Harry and Meghan Markle are not backing down after their royal exit. Rather, they are moving forward to attain their goals.

After the trip from the East Coast where they dine with fellow A-list couple Jennifer Lopez and fiance Alex Rodriguez in Miami, the Duke and Duchess of Sussex were out and about flying commercial airlines as they paid a visit to Stanford University.

Prince Harry and Meghan were welcomed by Stanford president Marc Tessier-Lavigne along with other academics and professors. However, they were not there for a speaking engagement. Instead, they visited one of the world's leading reseach institutions to start working on their next big project.

According to Today. the duo and Satnford's professors and academics spent seven hours brainstorming ideas for the couple's new charitable organization.

This news follows the couple's announcement earlier this year that Meghan and Harry are leaving the Royal Foundation, a charitable organization that they have shared with the Duke and Duchess of Cambridge, Prince William, and Kate Middleton.

Despite the two's decision to leave The Firm, they vowed to continue their charitable activities. As mentioned in their newly launched website, their new charity would be a part of their transition.

"This geographic balance will enable us to raise our son with an appreciation for the royal tradition into which he was born, while also providing our family with the space to focus on the next chapter, including the launch of our new charitable entity,'' the Sussexes wrote.

However, it is worth noting that Prince Harry and Duchess Meghan's decision to work with the top-tier university led to questions whether they plan to permanently relocate to the West Coast.

Stanford University is one of the top post-secondary institutions in the world which earned recognition for its business and law programs. The university has notable alumni, from government leaders, business, science and entertainment -- including U.S. President Herbert Hoover, Hewlett-Packard co-founders Bill Hewlett and David Packard, PayPal co-founder Peter Thiel, actress Jennifer Connelly and more.

Education indeed plays a big role in the royal couple's family, as this has been one of Meghan's pillars in her charity even before her royal days.

In one of her first speeches during the royal tour in 2018, she shared her own college experience and stressed the importance of higher education.

"As a university graduate, I know the personal feeling of pride and excitement that comes with attending university," Meghan said. "From the moment you receive your acceptance letter to the exams you spend countless late nights studying for, the lifelong friendships you make with your fellow alumni to the moment that you receive your diploma, the journey of higher education is an incredible, impactful and pivotal one".

Markle's alma mater is the Northwestern University School of Communication in Illinois where she took up theater and international relations and graduated in 2003. Meanwhile, Prince Harry attended the Royal Military Academy Sandhurst and began his military career in 2005.

READ MORE: Kanye West Wants Meghan Markle, Prince Harry to Join His Church: Can He Do It?