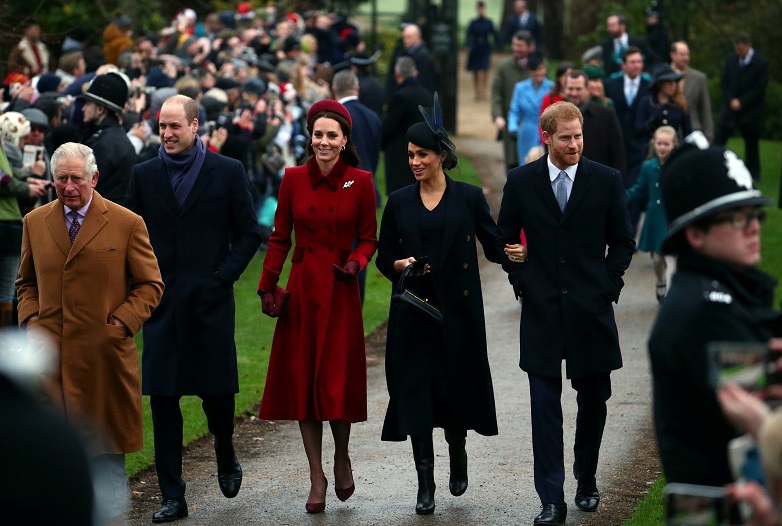 It seems like leaving the royal family is working so well for Prince Harry and Meghan Markle. Apparently, the physical distance they have created from The Firm has brought the couple closer than they have ever been.

From how it looks, the Duke and Duchess of Sussex are enjoying all the family time they are getting while in Canada amid their transition to living a private and "financially independent life."

According to PEOPLE, Prince Harry and Meghan -- who call each other "H" and "M" -- are reaping the benefits of their decision to take a step back from their royal duties. A source told the publication that the two have been very sweet to each other lately.

"Archie has always been the priority. Everything is still very much about him and putting their family first," a close friend of the couple explained. Further, the said source shared that Prince Archie is growing up to be a happy kid who loves to laugh a lot.

"Harry and Archie spend a lot of time together and Meghan is a great mom," the source said.

Perhaps the best thing about the move they made was that the couple was able to fulfill one of their dreams: to become regular parents and provide their son with all the time and love they could give.

"Their decision to leave has been weighing them down for a long time, and they are relieved to finally have done it," a friend told PEOPLE earlier in February. According to the said pal, Meghan and Harry looked like a heavy weight has been lifted off their shoulders.

Their friends who support their decision to move to Canada are not the only ones who noticed the huge change in the couple. In fact, their royal hiatus may have inspired the other royal couple.

The Duke and Duchess of Cambridge have recently announced that they were going to take a break from their royal duties.

Although this could be bad for the royal family as everyone is still in the midst of the royal drama brought about by "Megxit," William and Kate will only be leaving the palace for a much shorter time.

According to the report released by Us Weekly, Prince William and Kate Middleton will be out on a short vacation towards the end of February. They will be taking the time off to spend time with their children, especially because Prince George and Princess Charlotte are on school vacation around that time.

When Prince Harry and Meghan decided to take a step back, the other members of the royal family had to take care of the duties that were once theirs. Is the decision of Harry and Meghan rubbing off on William and Kate?

While they may be enjoying their sweet time in Canada, Prince Harry and Meghan will be back in London in March. The brothers will once again be reunited, as the Queen extended an invitation to all the members of the royal family for a special event.

As per the report of Us Weekly, Queen Elizabeth is hopeful that everyone would be there to show that the royal family remains to be united as one.

Who else will be there? Prince Andrew -- despite the damaging accusations thrown against him -- still received an invitation to attend from his dear mother.