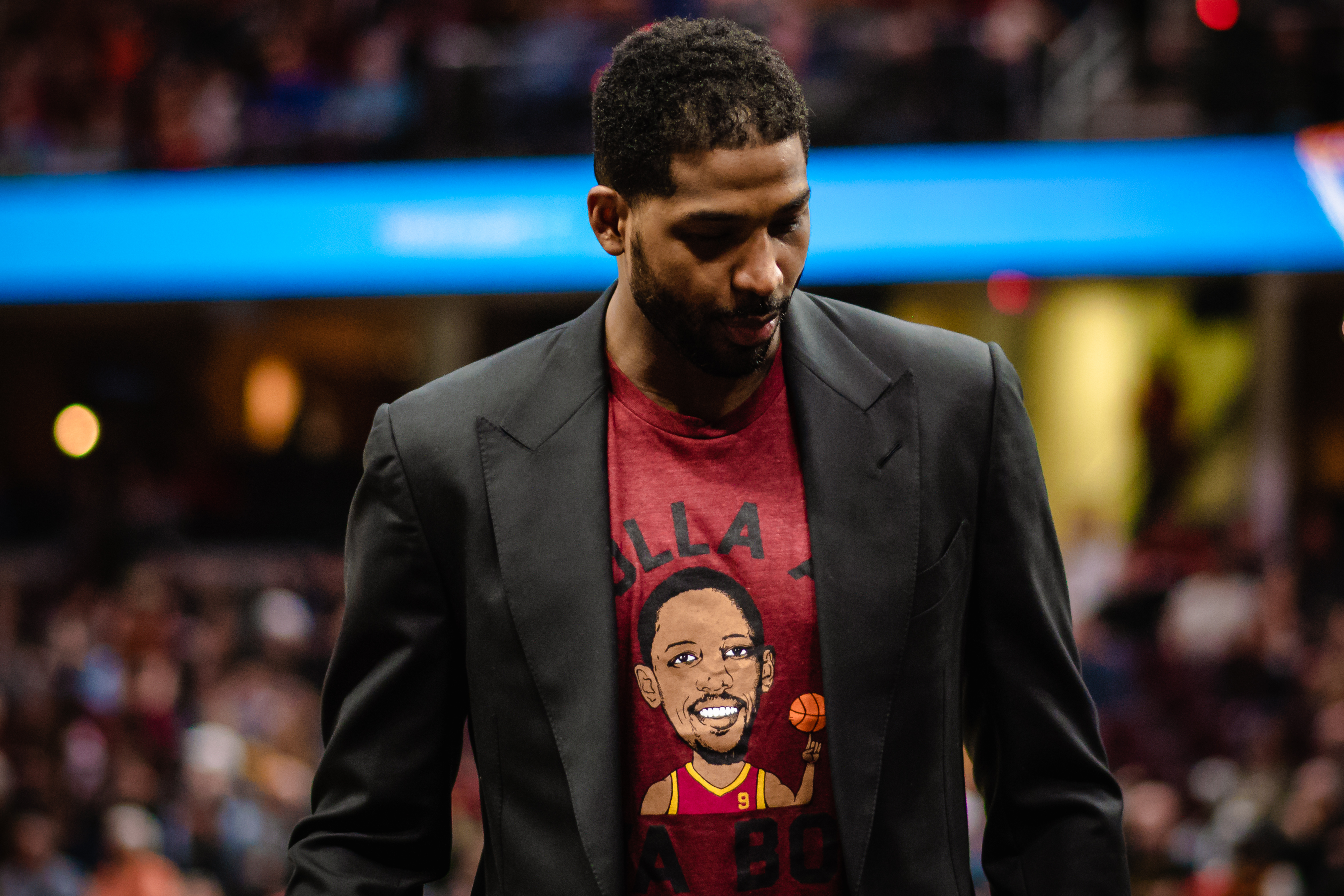 How can Khloe Kardashian convince herself that Tristan Thompson is still a great man despite him cheating on her in the past?

Khloe almost had a fairytale story with the NBA star -- they were clearly in love and it looked like only marriage was missing in their relationship.  However, Thompson got involved in multiple cheating scandals, even allegedly having an affair with Kylie Jenner's best friend, Jordyn Woods.

The 28-year-old Cleveland Cavaliers big man, nonetheless, seemed to have turned tables and proved to the "Keeping Up With The Kardashians" star that she is a changed man now.

In a bonus clip from the last season of KUWTK released on Saturday, the 35-year-old media personality opened up about co-parenting with Tristan.

As she appeared in an interview for the "Divorce Sucks!" podcast of their family friend Laura Wasser, Koko started to talk about how she focuses on taking care of her nearly two-year-old kid.

"For me, True is one and a month old so she doesn't really know what's happening," Khloe said. "But to me, she does know and she feels energy and I'm a big believer of that."

The People's Choice Award for Best Reality Star recipient went on and complimented Tristan, who stayed with True even after their split.

"I know her dad is a great person, I know how much he loves her and cares about her so I want him to be there," she went on.

Aside from co-parenting, Tristan has also been spending his time with the Kardashians. He reportedly spent the recent holidays with the family for True and even got a dinner invite from Kim Kardashian.

Although they made it clear that they are only together to co-parent, Tristan tried to rekindle his relationship with Khloe.

For instance, even on social media, the Cavaliers center is often seen leaving flirty comments. (Case in point: Tristan's heart-eye emojis and heart emojis on Khloe's fire Instagram selfie, which shows her rocking a plunging top and large, geometric sunglasses).

The NBA star also devoted an exclusive post for Khloe after she won the 2019 People's Choice Award for Best Reality Star.

Khloe calling Tristan "a great man" came after she also talked about having separated parents while growing up.

While talking to Wasser, Khloe said that she was only four or five when her parents, Robert Kardashian and Kris Jenner, split in 1991.

"I never, ever heard my parents talk disrespectfully about the other one," Khloe said before comparing her and True's situation. "My parents were so good at not letting us feel whatever they were going through. And I want to give her the same thing."

The KUWTK's momager married Robert in July 1978 before they got divorced in 1991. One month after the divorce, she tied the knot with former Olympian Bruce (now Caitlyn) Jenner.