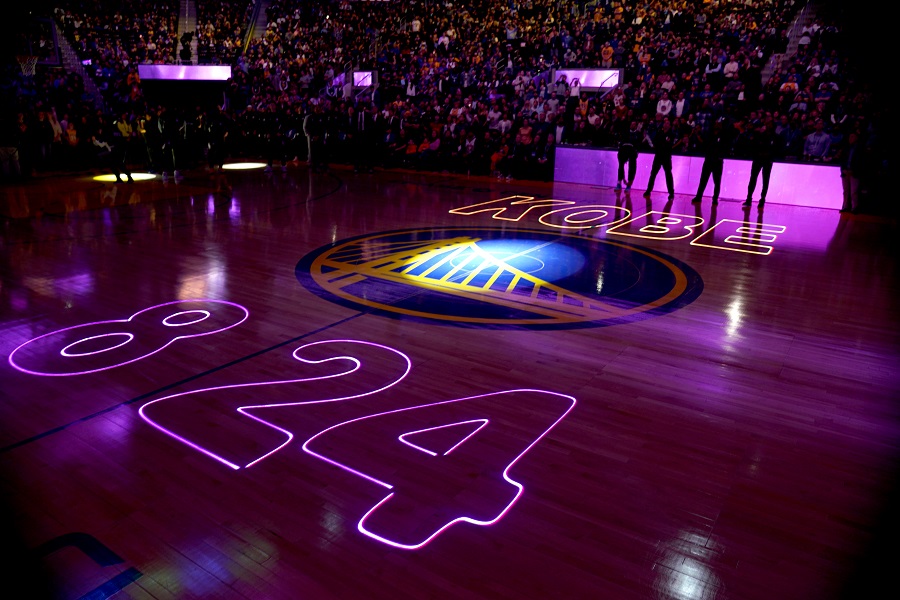 Olivia Culpo turned heads in the Philipp Plein show during the Milan Fashion Week, not only because of her ever-gorgeous look but also with her heartwarming choice of attire.

This time, Culpo was wearing a purple and gold jersey with the number 24 on it. This is her way of honoring the late Los Angeles Lakers legend Kobe Bryant who passed away last month.

The gorgeous model walked the runway for the Philipp Plein fall 2020 show on February 22. She was wearing a jersey that's very similar to that of Kobe's and paired it with PVC shorts in black and a pair of purple thigh high-heeled boots.

Though her jersey had Kobe's jersey number on the front, it had Philipp's last name "Plein" printed in front to feature the designer's name.

Apart from Olivia, there were other high-profile stars who also paid tribute to the memory of one of the great basketball superstars of the NBA. Jada Pinkett Smith, 48, and Tyga, 30, both hit the runway in bedazzled Lakers-style hoodies and jerseys to pay tribute to the late athlete.

Jada was spotted linking her hand around Philipp's arm at one point in the show. This was her way of showing off how proud she is to be wearing his pieces.

Philipp has his own way of showing his support for the Black Mamba. The designer has now put the Lakers-inspired pieces that the three celebrities wore during his show on sale. He opened the sales to the public with plans to donate all proceeds to the Mamba and Mambacita Sports Foundation.

Kobe's official foundation was renamed to include the nickname he gave his daughter Gigi, who died with him in the crash. The goal of the foundation is to help young kids improve their skills to hone them to become better athletes for the future.

A Tribute to Kobe

Philipp's tribute to Kobe Bryant is just one of the many that have been held since Kobe's death on January 26. The helicopter crash also killed seven other people apart from Kobe and his daughter Gigi. Some were young children who aspire to be great in basketball too, while some were parents who are also active supporters of Kobe and his desire to produce better athletes for the future.

From the touching tribute at the Staples Center during the Lakers' first home game since the tragedy to the homage during the Super Bowl, there has been an overflowing of love and support for Kobe and all those lives lost in the tragic accident.

Although no amount of crying or positive support could bring his life back, memories of him will continue to inspire young athletes to be better than they are today.

An official memorial for Kobe and Gianna has been scheduled for February 24 at the Staples Center in Los Angeles. It will be live-streamed for all his fans all over the world.

READ MORE: Kobe Bryant, Wife Vanesssa Had A Deal to Not Do THIS Together