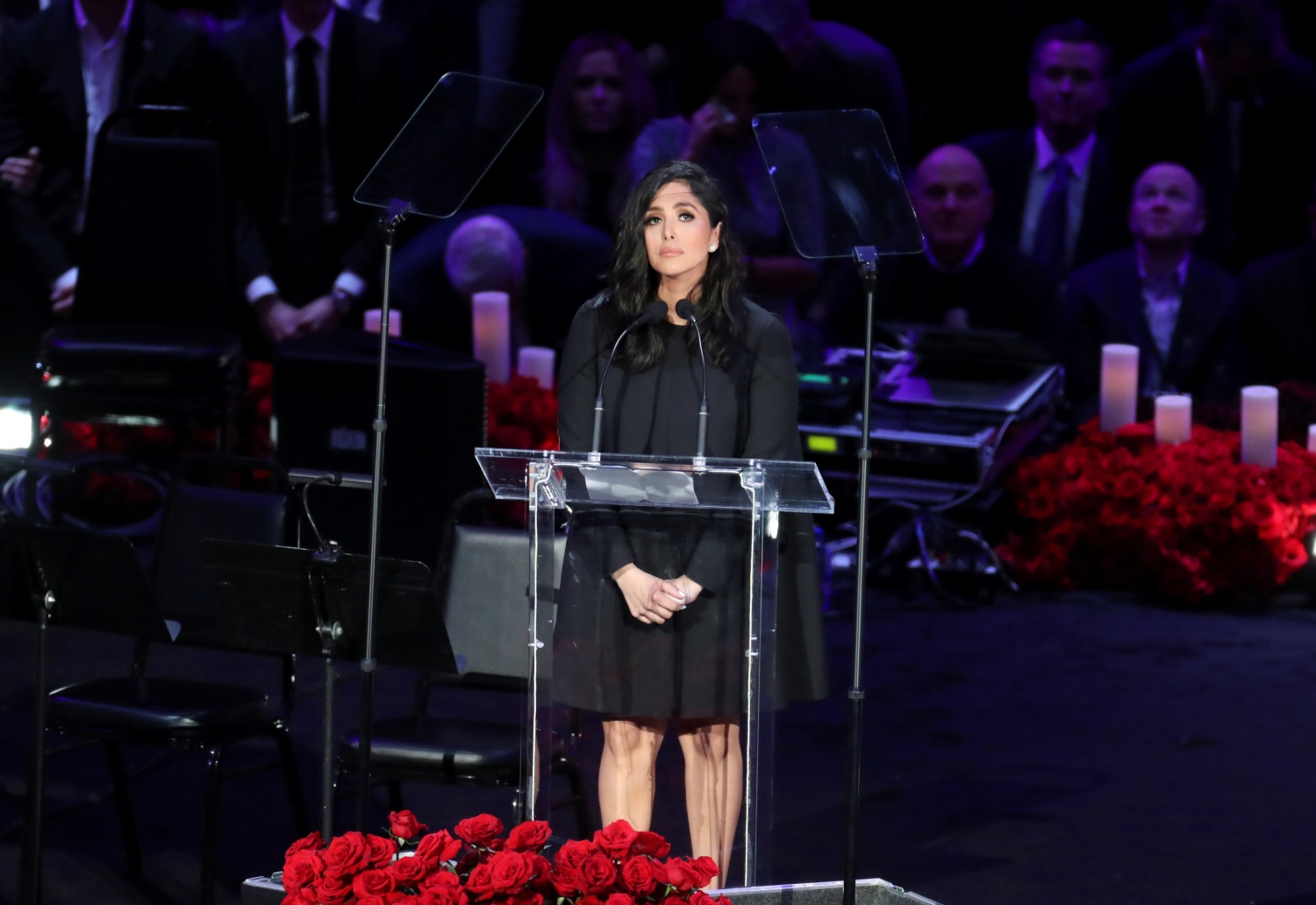 Over 20,000 people gathered together inside and outside the Staples Center in Los Angles to celebrate the life of NBA legend Kobe Bryant and his 13-year-old daughter Gianna, who tragically died in a helicopter crash along with seven others on the 26th of January.

Friends, family, colleagues, and fans were present to bid their final goodbye to the 41-year-old Lakers superstar and his aspiring basketball player daughter. An emotional Beyonce Knowles-Carter opened the memorial service by singing her 2013 hit song "XO," which, according to her, was one of Kobe's favorite songs.

The service host Jimmy Kimmel said, celebrating Kobe and Gigi's life will not be complete without hearing a word from the woman that the father-and-daughter tandem loves the most, Vanessa Bryant.

The 37-year-old mother of four received a standing ovation as she approaches the center stage filled with 35,000 red roses. 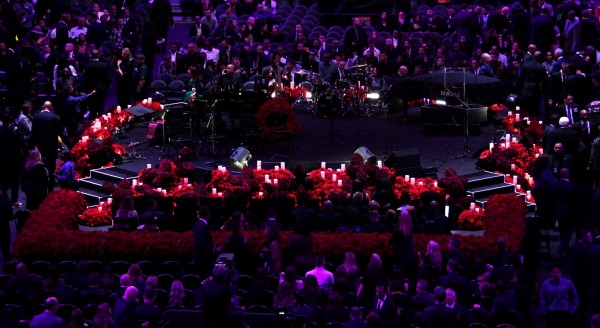 Kobe's widow first expressed her gratitude to the people present in the memorial service, as well as the outpouring love, support and prayers their family received from people all over the world.

Vanessa started her eulogy by talking about her baby girl Gigi, whom she described as a sweet gentle soul who never forgets to kiss her in the morning and at night. She said that while Gigi is an obvious daddy's girl to Kobe, she made sure to make her momma felt loved.

"Her smile was like sunshine. Her smile took up her entire face like mine. Kobe always said she was me. She had my fire, my personality, and sarcasm," Vanessa said.

The mom could not help but hold back her tears as she narratesd all the things she would not be able to share with Gigi, including going to high school with her elder sister Natalia, teaching her how to drive, and be able to tell her how gorgeous she looks on her wedding day.

The proud mother also talked about Gigi's genuine passion for excellence and how she would have been one of the best players in WNBA if her life was not taken so early.

A Message to Her Soulmate

Vanessa started her emotional message by saying that while Kobe is known for being a fierce competitor in the hard court, to her, he was the soft romantic guy whom she called "Kob-Kob, my boo-boo, may bae-boo, my Papi Chulo."

"He was mine. He was my everything," Vanessa said. "I was his first girlfriend, his first love, his wife, his best friend, his confidant, and his protector."

Kobe's wife of almost 20 years also revealed his romantic side by saying he never misses pulling off gimmicks every Valentine's day and anniversaries.

She also called Kobe the "MVP of Girl Dads" for his undying love and passion for being the best father to their young girls.

"He happily did carpool and enjoyed spending time in the car with our girls. He was a doting father -- a father that was hands-on and present," the proud wife said.

Vanessa broke down into tears mourning how Kobe and Gigi had to face tragic death together.

"God knew they couldn't be on this earth without each other. He had to bring them home to him together," Vanessa said. "Babe, you take care of our Gigi. I got Natalia, Bianka and Capri. We're still the best team."

Watch her full speech below: