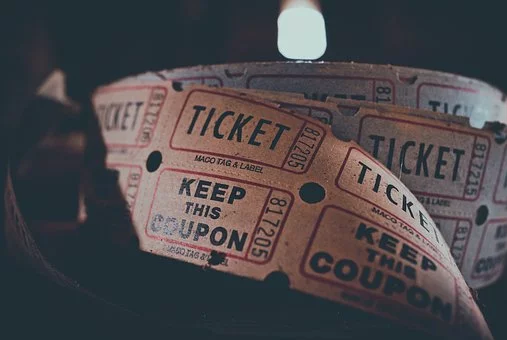 The COVID-19, otherwise known as the novel coronavirus outbreak, has already taken thousands of lives and continues to cause panic and paranoia all over the globe. The World Health Organization (WHO) has declared it a "very high" global risk, with outbreaks recorded in 47 countries all over the world.

The spread of the virus and its lack of vaccine to help prevent its spread has caused panic. Various governments have urged their citizens to keep calm, improve hygienic practices and stay at home to avoid risks of exposure to the virus.

The outbreak has resulted in the slow market dip of the tourism industry. It has kept travels to a minimum, only to what is necessary. Moreover, the rising fear among people all over the world and the risk of public health has resulted in a sizable impact on various industries.

Such effect has also been felt in the film industry, not only in the U.S. but all over the world.

Closure of Thousands of Theaters All Over The World

In China alone, where the first case of the novel coronavirus was first recorded, more than 11,000 theater screens were ordered for closure. Several major Chinese distributors have also canceled the release of their films.

The likelihood of these theaters being open again depends a lot on when the quarantine across China would be lifted. Other than that, everyone affected by the closure will just have to wait.

One of the many things that have been affected by the coronavirus is the celebration of art and film at the 43rd annual Hong Kong International Film Festival. By mid-February, the delay of the festival was announced by the organizers.

The announcement said that the entire festival will be moved to early August, putting a four-month difference from its initial date of schedule in March. In addition to the postponement of the Hong Kong Film Festival, the organizers announced that the Cine Fan will be canceled entirely.

Hollywood Films and Press Tours Have Been Cancelled

The highly anticipated film in the James Bond series, "No Time To Die," will no longer have its Chinese premiere due to lockdowns and quarantines all over China. It is Daniel Craig's final role as James Bond.

The move to cancel both its press tour and premiere will likely hurt the box office results of the film in a significant way.

Its predecessor James Bond Film "Spectre" earned $80 million-plus in China alone, so film experts are pretty sure that the "No Time To Die" canceling could greatly affect its release in terms of popularity. It might not earn as much as the other movies in its franchise.

"Sonic The Hedgehog" is also a highly anticipated film for the younger audiences, but its planned release in China on February 28 was canceled. It has been postponed to a later release date, according to the China office of Paramount pictures.

One of the biggest reasons for its postponement is the massive box office power of the Chinese market. If the timing is right, the movie's net earnings globally could be matched by the Chinese market on its own.

No Mulan in China?

As recently reported here at Enstarz, the situation in China is expected to hurt "Mulan" big time.

The film is set to be released this March, but Disney is watching the situation in China where they lean to earn hundreds of millions of dollars. After all, the "Mulan" movie is specifically catered for the Chinese audience, so possibly losing the market is a big blow to the film studio.

"It certainly has worldwide and global appeal, but there's no denying that this is a very important film for the Chinese market," Paul Dergarabedian, senior analyst of Comscore, said. "It's a huge blow for Disney if it doesn't release in China."

Dergarabedian also pointed out that all of the movies that were set for supposed released this February and in the upcoming months will face a similar fate as Disney's "Mulan."

Looking into how greatly the Coronavirus has influenced film releases, film festivals, and overall film response, the film industry could not help but worry about how long this health scare will last. If the lockdown and quarantine continue, the coronavirus might just count the film industry as one of its victims.

© 2020 ENSTARS, All rights reserved. Do not reproduce without permission.
TAGScoronavirus movie No Time To Die Mulan
SEE COMMENT
CLOSE COMMENT