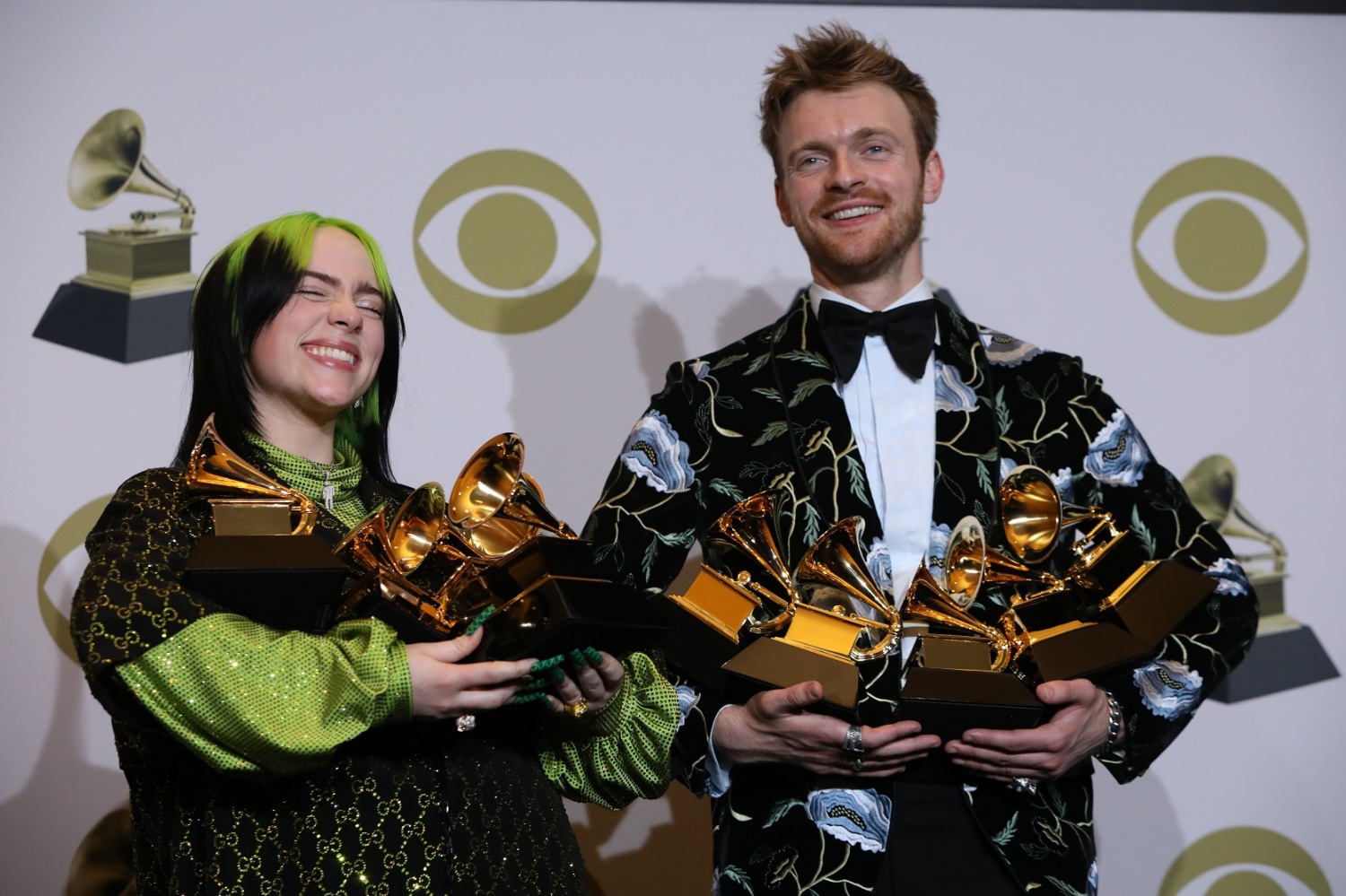 To say that Billie Eilish has taken the music industry by storm is an understatement. Her unique personality, which was evident to both her music and fashion sense, captured the heart of fans and made her a superstar overnight.

During last month's 2020 Grammy Awards, the 18-year-old singer made history after taking home not just one or two, but four Grammy awards -- all of it considered as a major category from the award-giving body. She is also the first person to achieve such a milestone since Christopher Cross in 1981.

The "Bad Guy" singer bagged four major categories among her seven nominations. These wins include the song of the year, the record of the year, best new artist, and album of the year.

Aside from Billie, her brother Finneas O'Connell also won as the Producer of the Year for his contribution to her sister's album.

Because of such victory, it is easy for people to assume that Billie is jumping out of joy. However, Finneas recently revealed that they are feeling the other way around.

According to the 22-year-old songwriter and producer, he and Billie are embarrassed for taking home most of the Grammys trophies on the night of Jan. 27, 2020.

"[Billie] was very grateful, obviously, and a lot of her friends were there," Finneas said as per E! News. "She has more 'go with the flow' than I do, but we were both kind of embarrassed to win so much."

Finneas explained that they wished that the awards were spread out to other artists as well.

"You hope that it will be kind of equal, but after the third in a row...well, we love all of our fellow nominees," Eilish's brother said.

The producer revealed that he was actually rooting for Lizzo's "Truth Hurts" to win the record of the year and Lil Nas X's "Old Town Road" to sweep the song of the year.

"I was hopeful about (the) album of the year, and that's one that I'm really proud of because I love listening to that album front to back. That was the only one that I was like, 'Maybe!'" Finneas said.

Finneas' explanation somehow sounded off Billie's thoughts during the 2020 Grammy Awards night. During her acceptance speech, the "Ocean Eyes" singer also expressed how she thinks that Ariana Grande deserves the said award more than she does.

"Ay, please, sit down. Can I just say that I think Ariana deserves this?" Billie said while on stage beside Finneas.

Ariana did not agree on Billie's statement and made the sweetest gesture so that the moment will not be focused on her.

.@billieeilish says “thank u, next” deserved to win “Album of the Year” while accepting the award... and @arianagrande’s reaction is adorable!! #GRAMMYs pic.twitter.com/2KtZQ07vE3 — Mike Adam (@MikeAdamOnAir) January 27, 2020

As of now, Finneas said that they are both contented with their win and not eyeing much on bagging the next album of the year award. He said he now wants to focus on his other dreams of making music for film and theater.