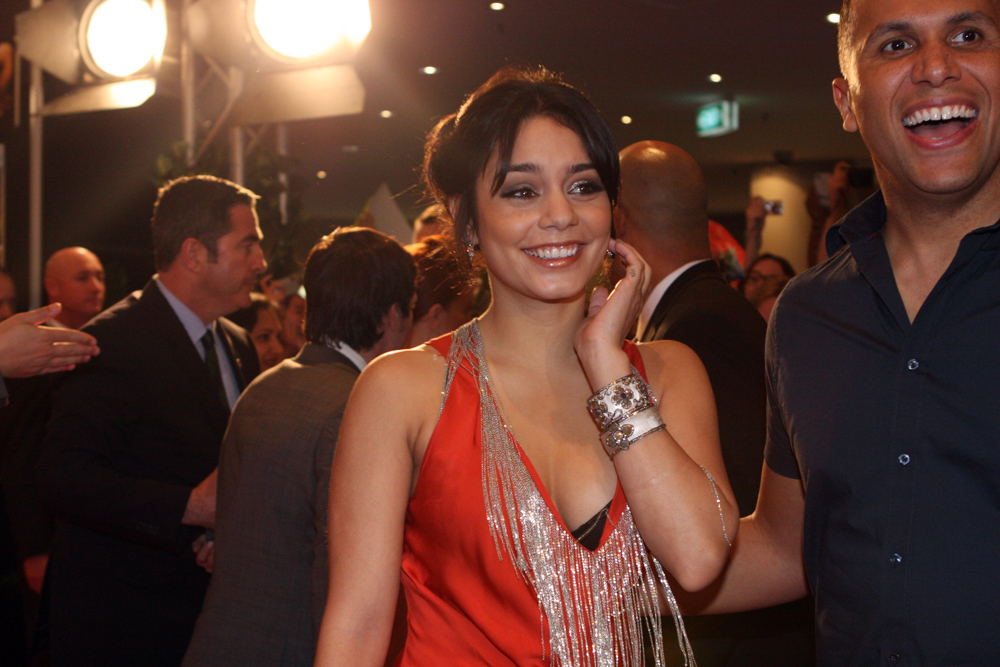 The OG #ThirstTrap Queen is still on a roll two months after she ended up her long-term relationship. Vanessa Hudgens continuously throws a bunch of flirty snaps on Instagram, as if showing her ex-boyfriend for eight years Austin Butler, what he is missing.

In a recent raunchy post, the 31-year-old actress blessed her 38.3 million followers a triple dose of her underboob while wearing a revealing emerald green top. Judging from the stuff peeking behind her, it looks like the "High School Musical" alum is packing (or unpacking) but finds herself hot AF and decided to take a snap feeling herself.

And just like an expert thirst-tapper ex-girlfriend, Vanessa captioned the photo with: "That good good. No. It's not Thursday. Lol."

"It's not Thursday yet, but we'll take it!!!," one Instagram user wrote, adding a multiple fire emoji.

"Okay, but can we talk about your hair?? You look amazing," another one added.

It is not the first time that the "Bad Boys For Life" actress posted a daring photo on Instagram following her break-up with the 28-year-old actor.

The thirst-trapping started a few weeks after the news broke that she and Austin decided to call it quits. Vanessa posted a black and white photo of herself peeking over the edge of a pool.

It was followed up by more photos showing off not just her beautiful physique but her angelic yet fierce and edgy face as well.

As of writing, Vanessa's most like Instagram entry would be the 8-second clip where she showed her raw reaction to the new tattoo that she got.

According to the actress, she never peeked during the entire inking session, which explains her reaction to the video.

In the clip, Vanessa could be seen running towards a mirror while wearing white pants and a black bralette, seemingly very excited to see her new tattoo for the first time.

While the actress did not consider this as another #ThirstyThursday entry, people are still going nuts over her reaction. The single-and-ready-to-mingle actress did not say any word upon seeing her new ink, as she just blurted out a series of moans and gasp -- which may sound out of context if you only hear it without seeing the actual clip.

View this post on Instagram
Lol this was the first time I saw it. I never peeked. Hilarious. I love @drag_ink so damn much. What. A. Legend. ️ A post shared by  Vanessa Hudgens (@vanessahudgens) on Mar 5, 2020 at 4:51pm PST

"The audio of this video had people looking at me #worthit," one IG follower wrote.

As of writing, the clip now has over 8.5 million views and 1.3 million likes.

Earlier this year, rumor has it that Vanessa and Austin decided to put an end on their eight-year relationship. While both stars did not confirm or deny the news, a source revealed that their break up was caused by Austin's growing career.

Austin is reportedly focusing on his career after landing a role in "Once Upon A Time In Hollywood," and getting a starring film as Elvis Presley. It leads him to have less time and attention to Vanessa, which greatly affected their relationship.