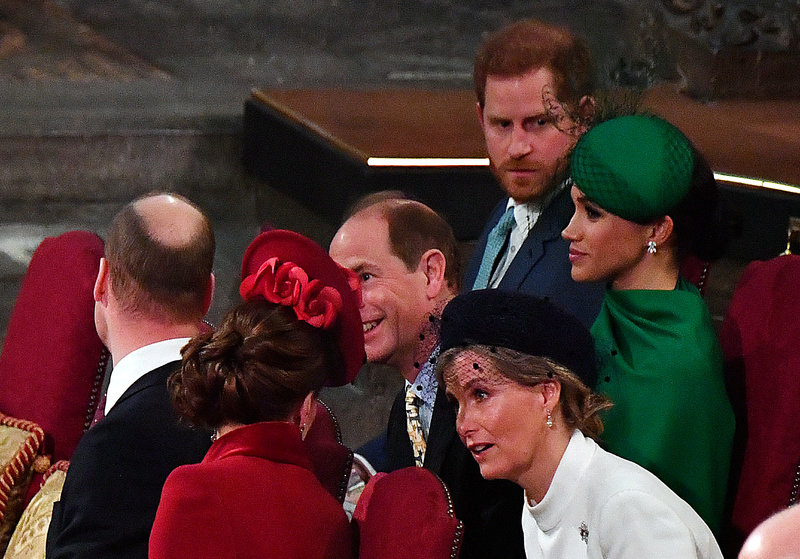 There are only a couple of weeks left before the Sussexes bid their farewell to the royal family. However, Prince Harry looks like he is having trouble giving up everything before leaving the monarchy.

The Commonwealth Day service at Westminster Abbey on March 9 marked the last royal engagement of Prince Harry and Meghan Markle as senior working members of the royal family. But before they officially said their goodbyes to The Firm, the Duke and Duchess of Sussex received a standing ovation when they attended the Mountbatten Music Festival at the Royal Albert Hall.

What made their penultimate royal engagement more emotional was the fact that Prince Harry let his guard down and became visibly saddened during the event.

According to royal insider Omid Scobie, the emotional appearance of the duke stemmed from the fact that the venue was the last place where he got to wear his Captain-General of the Royal Marines uniform for the last time after spending his whole royal life to the military.

Scobie said that as soon as Harry gave up his royal duties and senior title in January 2020, it caused him to lose his military honors as well.

The Royal Editor-at-Large also pointed out that the situation seemed to be a tough pill to swallow, and seeing him going through a hard time instead of celebrating also made Meghan feel the same.

"It is, a source close to the couple tells me, a wound that will take time to heal for Harry," the royal insider said.

Before the music festival, Harry and Meghan attended the Endeavour Fund Awards at Mansion House in London.

The event served as a ceremony dedicated to veterans, whom Prince Harry pledged to continue to support even during his new non-working royal life.

"It is understandable why his final military engagements were emotional for the Duke, as he had hoped to remain "part-time" in the royal family," Scobie said, referring to the fact that the Sussexes can no longer take royal duties since it is not allowed under the monarchy's constitution.

Since they will be facing new lives soon, the Sussexes are also expected to deal with massive changes. Although they have been smiling at the cameras in public, Harry and Meghan still cannot hide the fact that they are hurting.

To recall, Meghan reportedly cried when she said her goodbye to their royal staff -- a bittersweet move the Duchess had to do.

Prince Harry, according to royal expert Phil Dampier during his interview with Dan Wootton on talkRADIO, looked like he was having trouble during their final appearance with the royal family at Westminster Abbey while his wife seemed to have already loosened up.

"It was looking very difficult for Harry," Dampier said, referring to the contrasting emotions of the royal couple. "But Meghan looked very, very relaxed as she has done for the last few days in these last final engagements."

One thing is for sure, Harry might still be having contrasting emotions as of this moment, but he needs to deal with them to survive the life he wished for.