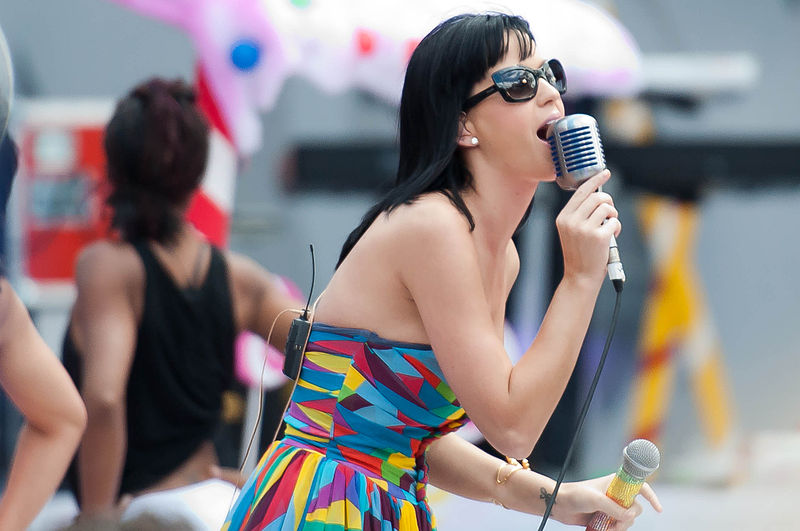 Because of the coronavirus, Katy Perry and Orlando Bloom had to postpone their wedding plans once again.

But it is okay for the 35-year-old pop star because right now, she is focusing on her pregnancy. In fact, the pregnancy has completely brought her "over the moon" since starting a family has always been a dream for her.

A source dished out to Entertainment Tonight that "Katy's priority has always been a lifetime partner and building a family together. That's why she hasn't rushed to the altar."

According to the source, the "I Kissed a Girl" singer wanted this for so long that she just wants to do it right.

That means she has been exercising daily, maintaining a healthy and clean diet, and reading a lot of books that are going to help her with the pregnancy.

Katy Perry announced her pregnancy early this month via her music video "Never Worn White." she was hoping to wed her "Pirates of the Caribbean" actor fiancé in Japan, but the coronavirus lockdown has meant that they had to postpone their wedding plans.

"I'm not joking when I say that coronavirus might have a play in whether we put things on ice, because we're going to be traveling and we don't want anyone to feel uncomfortable," Bloom told the Sunday Times.

The A-list couple's professional lives have already been impacted by the spread of the virus.

Last Friday, the "American Idol" canceled numerous events scheduled and was reportedly confined to her hotel room for 24 hours. She then left the country as a cautionary measure because two employees of the group she was working with were exposed to someone that was tested positive for COVID-19.

Right now, Perry is in the U.S. along with his fiancé who is reportedly on a self-quarantine upon leaving Prague, the shoot destination of his Amazon series "Carnival Rogue." The production of the series was canceled because of the pandemic.

Bloom posted a video on his Instagram saying that the entire cast will come home to the U.S. so they would not be stuck in Prague before the USA bans travel to Europe.

In another interview with the Sunday Times, the 43-year-old actor revealed that he gave up sex for six months before he started dating Katy Perry.

According to him, his surfer friend Laird Hamilton had suggested he try celibacy to get his head in the right place.

Orlando Bloom recalled, "Laird said that if you want to be serious in a relationship, go celibate for a few months and figure it out."

He added, "It takes away the idea of going to a party and thinking, 'Who am I going to meet?' I was suddenly, 'Oh, I can have a relationship with a woman that is just friends.'"

According to him, he was supposed to do it for just three months, but it was extended because he was enjoying the new approach in life.

"I was relating to women, and to the feminine within myself," Bloom shared. However, the actor revealed that his abstinence was so hardcore that "completely nothing" went on during his month-long stint.