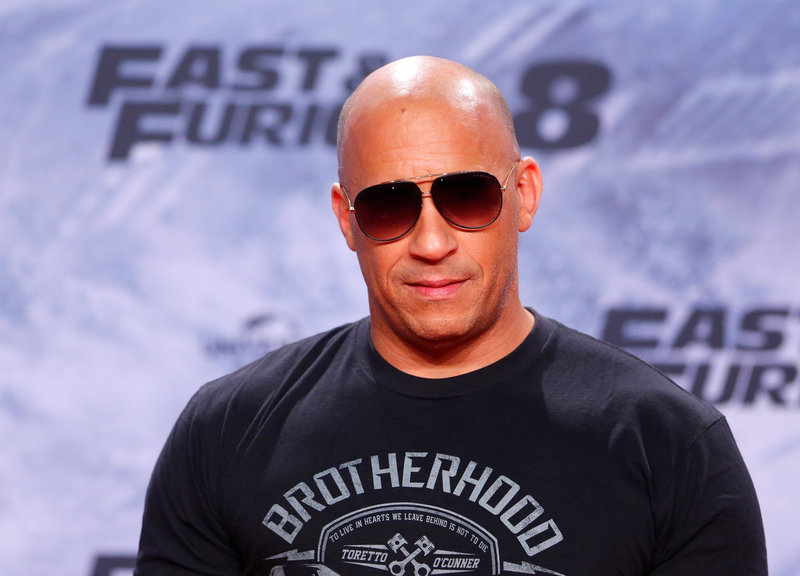 Vin Diesel is the last man standing in the film industry amid the coronavirus pandemic.

No one can stop Vin Diesel from selling his movies after Sony Pictures chairman Tom Rothman announced that "Bloodshot" is up for early digital release due to the novel coronavirus pandemic.

"Sony Pictures is firmly committed to theatrical exhibition, and we support windowing," Rothman said in a statement on Wednesday.

It is worth mentioning that the 2020 Diesel film was only released in theaters last week. But in light of the coronavirus, which has been a massive blow to the film industry for nearly two months now, they decided to let the fans watch it from the comforts of their homes.

The statement also revealed how the entertainment company believes that movies like "Bloodshot" will bounce back again strongly soon.

The schedule for the Valiant Comics adaptation's digital purchase is on March 24. However, the information whether there will also be Blu-ray and DVD copies has not been discussed yet.

This digital move decision of Sony came after NBC Universal announced on Monday that they would be connecting theatrical and home entertainment.

For instance, NBC Universal has released the digital versions of "The Invisible Man," "Emma," and "The Hunt" which can be rented for 48 hours since Friday.

Meanwhile, even "Trolls World Tour" (scheduled for release on April 10) will also face the same fate.

Bloodshot opened last Friday when the overall box office sales fell to a 20-year low due to the moviegoers' coronavirus concerns.

Despite that, the film managed to place second, with Pixar's "Onward" at the top of the list. It gained over $9.2 million from 2,861 North American big screens over the last weekend.

Because of this result, it is the latest non-"Fast and Furious" movie of Diesel to ever flop. It only has a 31 percent certified rotten review on Rotten Tomatoes, which is likely due to weak marketing and lack of viewers.

Amid the negative reviews that Diesel's film is currently receiving, the 52-year-old "Fast and Furious" actor plans to record original music soon.

During his appearance on "The Late Late Show with James Corden" together with Eiza Gonzales, the actor did not only come to promote his latest movie. He also took the chance to drop a bigger bombshell: he is about to release an original album.

"I think music is a huge part of making movies, and I think it sets the mood," Diesel told Corden, highlighting his passion for music and as a street performer. He then revealed that the said album is already in the works.

Diesel added that he got inspired to build the album, and he realized that it could be a way for him to connect with his kids more since they always want to hear him sing.

To recall, he recorded a cover of him singing Rihanna's "Stay" as a Valentine's Day gift to his girlfriend.

In 2015, Diesel also sang a part of Charlie Puth's "See You Again" to pay tribute to Paul Walker, his late "Fast and Furious" co-star, at the MTV Movie Awards.

And just this year, fans heard him do a cover of Lewis Capaldi's "Someone You Loved," which he posted on his Instagram as another Valentine's Day tribute.