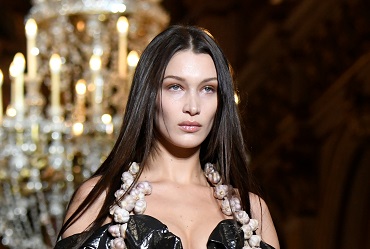 The Weeknd released his new album entitled "After Hours," and his ex-girlfriend Bella Hadid has got something to say about its content.

Bella's fans have been pointing out that most of the songs in the new album seemed to be referencing her and what they had. The young model simply had to agree.

After Hours, After Us

In the early hours of March 20, The Weeknd surprised his fans by dropping his 2020 album "After Hours." Some of his fans have been closely listening to every song in the album, seemingly looking for clues. They believe that most of the lyrics of his newest song collection is about his on-again-off-again relationship with Bella Hadid.

A source shared exclusively to Hollywood Lif" the truth about how Bella feels about The Weeknd's new songs.

"Bella knows that Abel has always put his heart and soul into his music. She can definitely see why fans would think that his music is referencing their relationship. She can't help but feel the same way," the source revealed.

With such a long history of love and heartbreaks, theirs was bound to be found in more just one song. The Weeknd may admit to it or not, but some (if not most) of the songs in his latest album speak of his love for Bella and the heartbreak that it brought him.

Apparently, that is something that Bella herself understands and respects.

"She feels that the songs are all about her," the source added. Further, the source said that the supermodel has great respect for musicians and their music.

"She knows that they write about their past relationships and their heartbreaks. They have a lot of history together and that doesn't just go away."

At the time of every breakup, The Weeknd and Bella Hadid would always maintain a positive, seemingly amicable relationship. Their fans believe that their busy schedules and conflicting work commitments were the reason behind their split.

"Despite things not working out for the two of them, they know that they have a special place in each other's lives. They have this different kind of connection and it is no surprise if the rapper would always reference Bella in his songs," the source explained.

The remnants of their untold love story would simply be found in the lyrics of his new songs. They found a particular song in his album that spoke of Bella. The song was entitled "Escape from L.A.," with a part of the song talking about a woman wearing Chrome Hearts around her neck.

Fans were quick to say that the chrome hearts referred to the brand that Bella did several collaborations with in the past.

As the fans continue to listen to the songs in the new album, they slowly realized the unfolding of the love story that Bella Hadid and The Weeknd shared in the past. Theirs might have ended, but the songs that embody them will live forever.

© 2020 ENSTARS, All rights reserved. Do not reproduce without permission.
TAGSbella hadid The Weeknd after hours
SEE COMMENT
CLOSE COMMENT