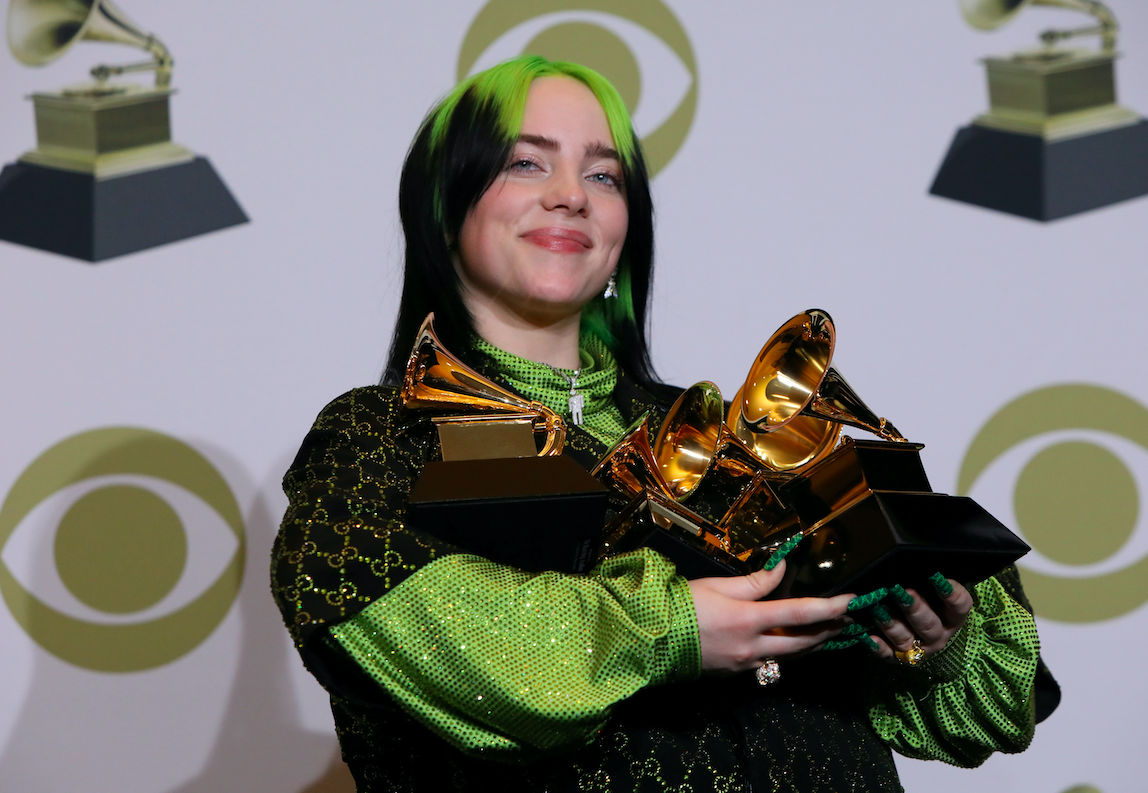 Billie Eilish has become a major superstar at such an early age and such a short amount of time in the music industry. Because of her unapologetic music, unique fashion sense, and one-of-a-kind personality, the 18-year-old singer instantly captured the heart of fans of different ages.

Over the past five years, the "Bad Guy" hitmaker has sold millions of record albums, sold-out concert tours, and tons of awards to prove her worth. But just like any artist who instantly rose to fame, Billie also has her fair share of haters and critics.

Good thing, the young star got a legion of fans who believe in her talent, support her all the way, and ready to defend her from haters. Justin Timberlake and Anna Kendrick are just one of Billie's million fans who are willing to stand up for the singer when people downplay her success.

In an interview with BBC Radio 1 to promote their upcoming film "Trolls World Tour," the 39-year-old pop icon and 34-year-old actress got to play a round of the show's segment "Unpopular Opinion."

In the said radio show game, listeners will call the show and voice out their unpopular opinion about anything under the sun, and the guests will have to agree or disagree with the statement.

But things get pretty serious when both Justin and Anna strongly disagreed with a caller named Chris, whose unpopular opinion had something to do with Billie Eilish.

"I don't understand the hype behind Billie Eilish," the caller said.

Bot Justin, Anna, and the show's host Greg James reacted hysterically as they all disagree with the statement.

"Chris! To come here today and say that. You knew what the reaction is gonna be. Some people just want the world burn," Anna added.

When the caller explained that it is the objective of the game, to say their unpopular opinion, the group commend him for playing the game well.

However, Justin would not let the caller get away without getting revenge, so he made a pun intended statement and told the called: "Can we go out on a limb and say he's a 'Bad Guy?' Burn! Got him!"

On a serious note, the "Cry Me A River" singer defended Billie and said: "Billie Eilish is wonderful...in every way."

"Her voice. Her songwriting. Her hair. Her fingernails. Her clothing. Everything. I'm a big fan," Justin added.

Moving on to the next caller, Justin concluded her Billie Eilish defense by singing to the game show's theme song and saying: "How could anyone not like Billie Eilish, she is great and fantastic in every way!"

Clearly, JT is one of the millions that is drawn over Billie's talent.

As of writing, the "Everything I Wanted" singer has yet to comment on the way the "Trolls" star defended her, especially Justin who went out his way explaining why Billie should not be labeled as overhyped.

READ MORE: LOOK! Lizzo Strips Down To Her Undies In Response To Blueface