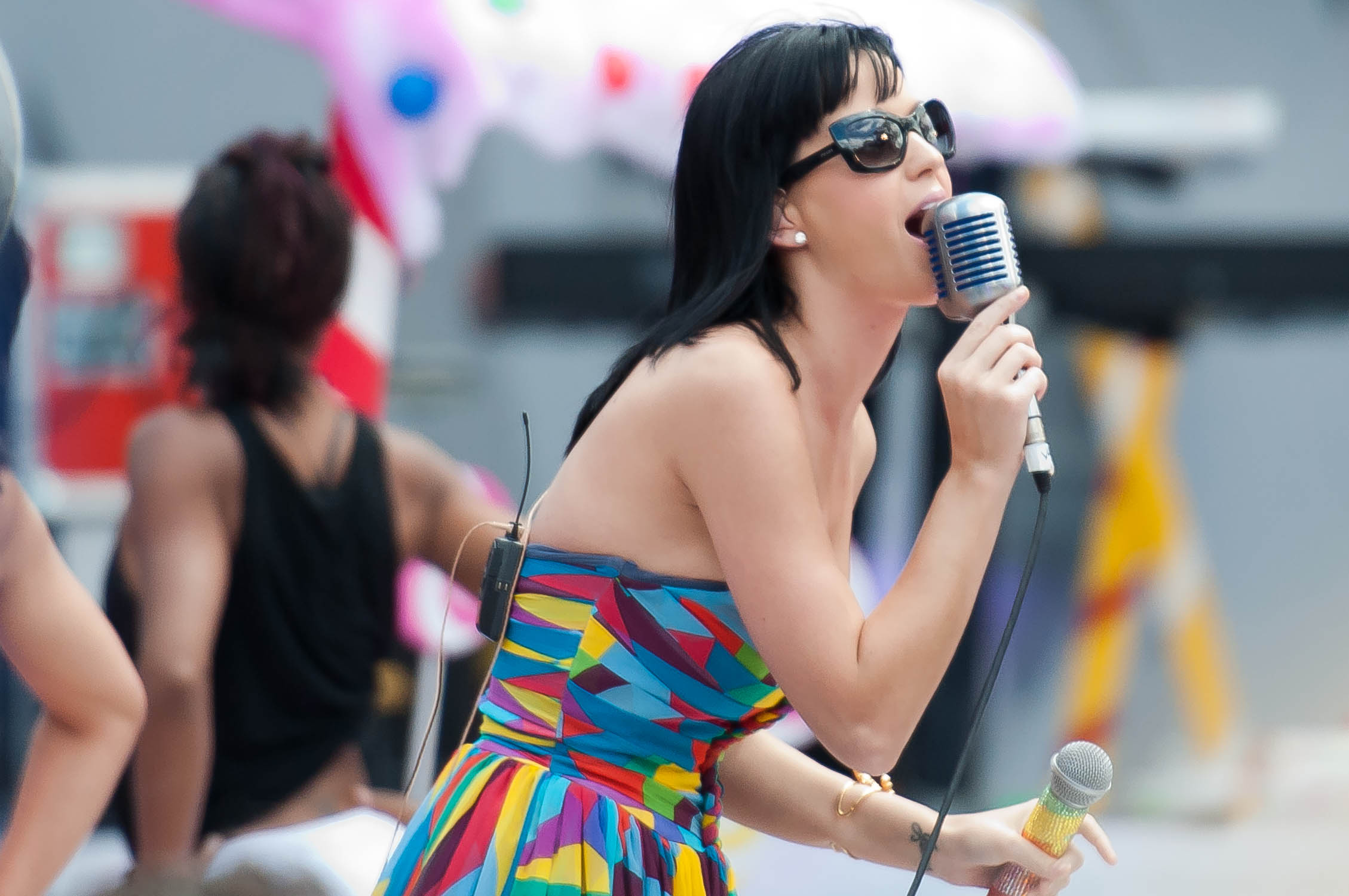 Last month, fans were surprised by Katy Perry's creative pregnancy announcement. Now, the "Roar" hitmaker has revealed the gender of their baby.

Prepare those pink confetti because Katy and Orlando Bloom are having a baby girl!

Over the weekend, the pop star announced the exciting news via her Instagram.

"It's a girl," the singer wrote as she posted a photo of her fiance smiling from ear to ear while covered with pink icing.

As of this writing, the post has gained over 3.5 million likes and almost 61,000 comments, including from Moschino creative director Jeremy Scott who responded "I can't wait to dress her."

Meanwhile, Grammy-Award winner Taylor Swift proved that there is no more bad blood between them as she commented hearts emoji to the singer's gender reveal post.

Katy Wished For A Baby Girl

During her performance in Melbourne Australia for the Women's Cricket T20 World Cup, the "American Idol" judge proclaimed to the crowd "I hope it's a girl."

Well, it seems that Katy got her wish.

This will be the pop star's first child with Bloom while the 43-year-old actor has a 9-year-old son named Flynn Christopher Bloom, whom he shares with his ex-wife Miranda Kerr.

In March, the 35-year-old singer chose to announce her pregnancy through the world premiere of her music video "Never Worn White," where fans saw the very pregnant Katy cradling her beautiful baby bump while wearing white bandeau and sheer skirt.

The soon-to-be mom followed the big reveal by confirming the news through her Instagram Live.

"There's a lot that will be happening this summer," the pop star mentioned as she chomped on some dried mangoes.

"Not only will I be giving birth - literally - but also figuratively to something you guys have been waiting for," Katy added, referring to her forthcoming studio album.

The "Never Really Over" songstress also pointed out that this is "probably the longest secret" she has ever kept.

She also mentioned through her Twitter that the announcement was a big relief since she "doesn't have to suck it in anymore" or "carry around a big purse."

Is There A Bad Omen?

After their on-again-off-again relationship, the couple has decided to take it the next step after they have announced their engagement on Valentine's Day of 2019 and have set to tie a knot in December 2019 but pushed back to 2020.

However, Bloom and Perry have settled to further delay their wedding in Japan due to the ongoing health crisis across the world.

"It was all set for Japan with 150 guests. Katy was actually really excited about walking down the aisle pregnant," an insider told People Magazine. "They were both so elated that all the wedding details were finally coming together, but they are hitting pause because of coronavirus."