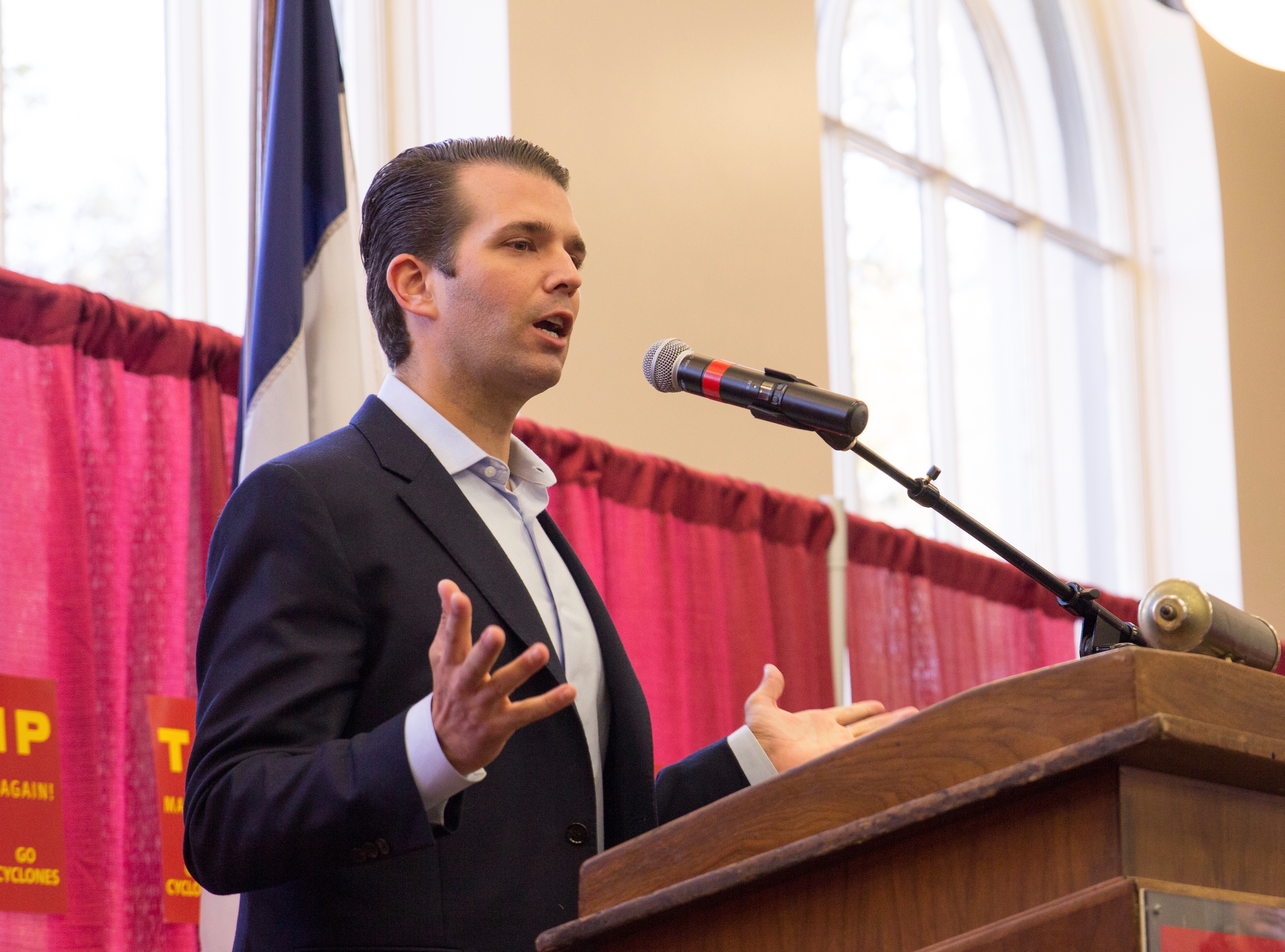 Donald Trump Jr., son of the President of the United States, has recently revealed that he binged-watch the Netflix crime documentary series "Tiger King" in just two sittings.

Trump Jr. told "One America News Network" that he and his wife watched the show, but he expressed his disappointment how he did not know that a tiger is worth $2,000.

"It's a lot of money, but like, it's a tiger! That would have been pretty cool to have a tiger hanging around the house," Trump Jr. exclaimed.

It is worth noting, however, that Donald Trump Jr. may like the idea of having a tiger around the house: he shoots animals for fun and poses with them like trophies.

Since everybody is practicing social distancing, a lot of Americans are participating in different "Tiger King" debates and memes out there, and Trump Jr. is no exception.

A week ago, the oldest son of the POTUS shared a meme showing his dad's face superimposed on a mugshot of the show's main subject Joe Exotic.

Trump Jr. captioned the pic, "Hahahahahaha I love the internet. I heard about this guy."

Moreover, he did not stop there. He posted a couple more "Tiger King" related memes on his Instagram with his dad's face superimposed on Exotic.

One was with a supposed Joe Exotic that looked like he was sniffing his tiger. The other looks like Exotic in the White House who has just signed a new law.

Trump Jr. captioned the pic, "A little humor to brighten up your Monday morning."

Joe Exotic is the villain of the series. The tiger breeder tried to run for president and was convicted on 17 federal counts of animal abuse and two counts of murder-for-hire for attempting to kill his nemesis, Carole Baskin -- an animal rights activist.

Exotic, whose real name is Joe Maldonado-Passage, is currently serving a 22-year sentence in federal prison after being convicted early this year.

But according to Trump Jr., Exotic's sentence seems aggressive.

Appearing on SiriusXM's "The Jim and Sam Show" on Monday, the trio all joked about the possibility of giving Maldonado-Passage a presidential pardon.

He told the show's hosts, "Maybe not right now, but I can generally be for this just for the meme. And just for frankly watching the media reaction to this thing. It would be pretty amazing to see that, ultimately."

Despite watching the show, Trump Jr. admitted that he could not figure out what Exotic was guilty and innocent of.

"But when they're saying, we're putting this guy away for 30 years,' I'm saying that seems sort of aggressive," he furthered.

The businessman explained that prisons are already releasing criminals, such as killers and pedophiles, because of the coronavirus. However, for Exotic to stay there for allegedly killing animals, Trump Jr. had this to say: "I sort of want to leave the child rapist in jail in prison, and I don't give a s*** if they have coronavirus or not. Or more susceptible or not."

Asked if Carole Baskin gave his first husband away to become "tiger food," Donald Trump Jr. answered: "The way she spoke about things whether how to get money, whether it was unseemingly interesting knowledge on how to get a tiger to eat a human with the sardine oil..."

In short, his answer was yes.