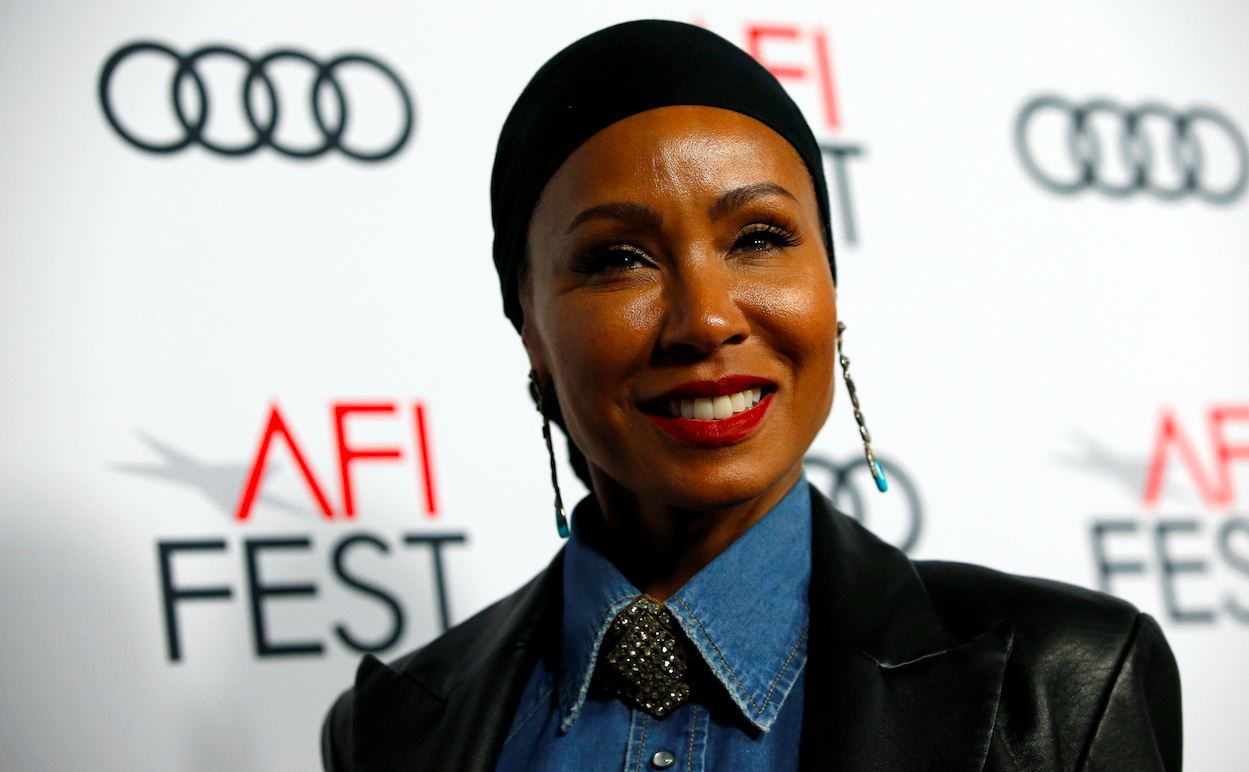 A few weeks into lockdown and quarantine and everybody is surely going all cray-cray now being stuck at home. So to ease people's boredom and anxieties away, Jada Pinkett Smith hosted a virtual interview with her OG girls for some laugh-packed episode.

In the Facebook Watch series of her famous talk show "Red Table Talk," the 48-year-old actress reunited her "Girls Trip" co-stars for some fun and lighthearted chat in the middle of a global pandemic.

"We need some laughter; I know I do. These are the times that you really lean on your friendships for comfort, support, and smiles," Jada said.

Through video chat apps, Jada's co-stars-turned-real-life-friends Queen Latifah, Tiffany Haddish and Regina Hall chatted from their respective homes and had some trip down memory lane and tons of lively discussions.

On the April 15 episode, the girls opened up about how they have been spending 24/7 at home while on quarantine. Regina joked that during the weeks that she's been in isolation, she was able to learn how to strip.

The group talked about other hilarious topics until the conversation moved to reveal their most current celebrity crush.

Jada, who has been married to another Hollywood A-lister, Will Smith, revealed that she is currently crushing on some hotshot politician.

The talk show host was referring to the New York politician, who recently gained popularity and an army of fans on the internet due to his response and action against the coronavirus outbreak.

New York is one of the states with the most number of positive cases of COVID-19 in the U.S., so Governor Cuomo has been a total man of action as he holds frequent press conferences to update the citizens on the current status of the health crisis.

Jada confessed that she has been glued to the press conference of the 62-year-old governor, crushing on his immediate response.

"I don't miss a press conference when Cuomo is on. I'm like, 'Got to go see my celebrity crush right now, sorry.'" she explained.

As of writing, Jada's husband is yet to comment on his wife's latest revelation.

The other girls also went on publicly confessing about their celebrity crushes. Tiffany said: "I like John Carlos Stanton, number 27 of the New York Yankees. I think he's very handsome."

Meanwhile, Queen had a somewhat surprising answer to the question, naming a female Brazilian model as her girl crush.

Hint For A Possible Reunion

While the virtual reunion has been nothing but fun for Jada and her pals, the host said that she is still looking forward to seeing the girls in person soon and talk about a possible "Girls Trip 2."

"I think we're all down, we just want to make sure it's amazing," Jada said. "That it's the right thing and a great thing."