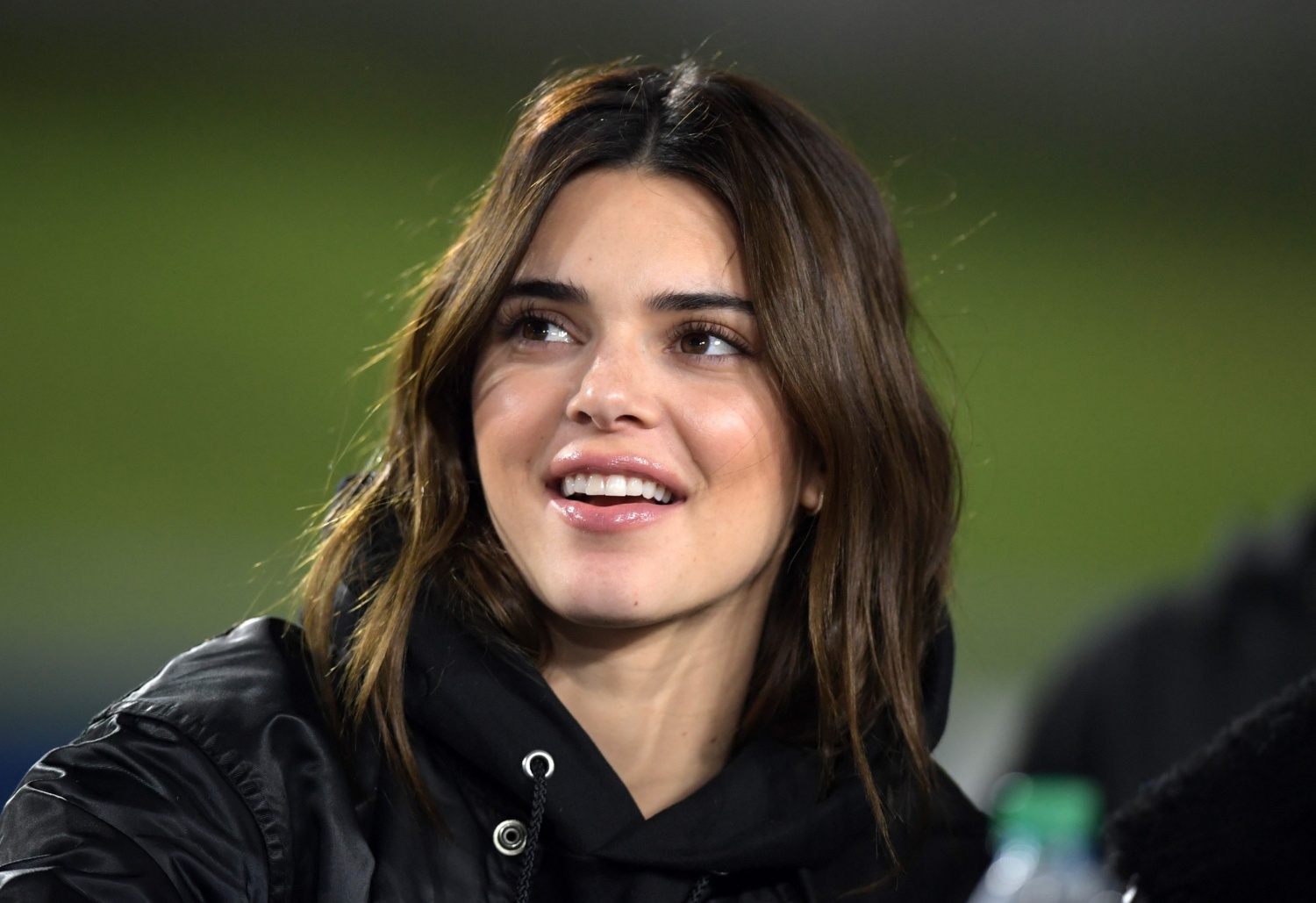 Kendall Jenner surprised her 128 million followers on Instagram with a hot new post. She posted a sultry selfie wearing a black lace teddy.

Kendall looked stunning as ever in her new Instagram post. The 24-year-old model is not one who posts every day on Instagram, but when she does, she makes sure that it counts.

In her most recent post, Kendall shared a photo that looked like it was taken straight out of a French boudoir photoshoot.

Kendall was the perfect balance between sophisticated and sexy while wearing a black lace teddy and posing on her bed. She had that nonchalant reaction on her face, a trademark she has that makes her look stunning effortlessly.

"Did my makeup n stuff," she wrote casually in the caption.

Her sister Kylie Jenner could not help but leave a comment gushing over this "rare Kendall content." It's not every day that Kendall drops steamy hot photos of herself. In response to her sister's comment, Kendall wrote, "quarantine."

Her other sister Khloe Kardashian was just as impressed. In the comments section, she wrote, "Wow wow wow."

Thousands of other comments left on the photo were all gushing compliments to how Kendall looked.

However, there were two comments that stood out. One was from a celebrity hairstylist Jen Atkin.

"Ummm who you zoomin' with?," Atikin wrote.

Hailey Baldwin, Kendall's BFF chimed in to respond: "me."

Indeed, Kendall's new photo of herself in that sexy lingerie made her look seductive as ever. The compliments she got only spoke of the truth: the 22-year old model looks perfect even while on quarantine.

Kendall likes everyone else in practicing self-isolation. Although she is on her own and is away from her sisters, she did reunite with Kylie to film a clip for the collaborative music video of Ariana Grande and Justin Bieber.

They came together to shoot for the quarantine-themed music video for Bieber's new song, "Stuck With You." The celebrity-packed music video was released on May 8.

In the video, the sisters were playfully dancing in the tennis court at Kylie's lavish new mansion in Holmby Hills. The house reportedly costs $36.5 million.

Kendall also gave her followers a sneak peek at how she practices "social distancing" on May 1 in an episode of her Beats 1 Radio and Apple Music radio show, Zaza Boys, along with her co-host DJ Daniel Chetrit.

It's In The Genes

Kendall Jenner comes from the famous Kardashian-Jenner family led by their matriarch Kris Jenner. Like all her other sisters, Kendall is known for her beautiful physique and an even more gorgeous face.

Before her amazingly sexy photo, the last post Kendall made on her Instagram was a rare video clip of their equally famous mom Kris Jenner. On that rare occasion, the 64-year old was seen playing tennis wearing a hot pink bikini.

Indeed, it reminded everyone where Kendall and all her other sisters got their supermodel genes and posing skills from. It's all from their lovely mom.