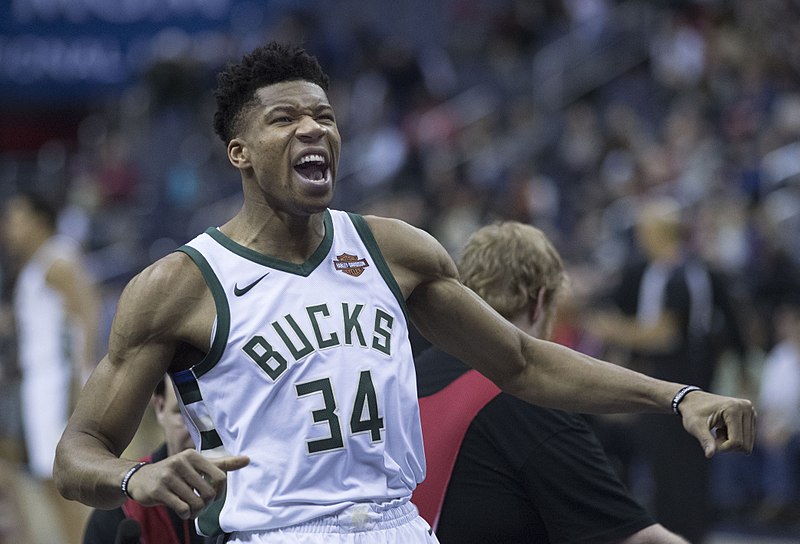 Giannis Antetokounmpo went all out in singing along with One Direction songs, and it looked like the reigning NBA MVP had a lot of fun.

The band may be in an indefinite hiatus, but their fans continue to love them just the same. The most recent addition to people going crazy over the band's hit songs is the "Greek Freak" of the NBA.

Giannis Antetokounmpo went live on Instagram to show his followers how a sports man like him could enjoy singing just as much. Everyone who was watching his "live" performance could certainly feel his joy.

It seemed as if he just lost it.

In the video clip shared by Overtime, the Milwaukee Bucks star can be seen singing along to the tune of "Best Song Ever" and he gave it with everything he could. However, it was noticeable he has not familiarized himself to the entire song lyrics.

Giannis just LOST IT listening to One Direction (via @Giannis_An34) pic.twitter.com/o2uzWoZsy9— Overtime (@overtime) May 15, 2020

Is Giannis a singer wanna-be? Perhaps he isn't, but he looked like he was having a lot of fun. Antetokounmpo was driving his car while singing to One Direction songs one after another.

The next hit song he sang was everyone's favorite "What Makes You Beautiful." He was smiling the whole time while singing in the video clip.

This is a fresh image of an NBA superstar who always looks intense when he's on the hardcourt. This time, he painted a picture of himself in a light, all-fun mood!

Experts say that coaching against Giannis Antetokounmpo is difficult, but his own coaches say that it is just as hard to coach him. This young aspiring player from Athens, Greece is a player with tools no one has ever seen before.

Several transformative athletes have come to the NBA before him, each one with talents that changed the game. Their unique skills forced other players to adjust and before anyone realized it, everyone has evolved and adapted.

Magic Johnson introduced contorting defenses never seen before. Is Giannis going to be just like him?

The 24-year old player who stands at  6-foot-11 can play all five positions. Basketball analysts have compared him to the likes of Scottie Pippen and Shaquille O'Neal. And yet, most NBA experts consider him a "unicorn" on the hardcourt.

While his name is a bit challenging to pronounce, Giannis has just entered his prime. His talents are yet to be put into good use, and experts are already worried that the league and all its other players might not be able to adapt.

Antetokounmpo is the second oldest son of his Nigerian parents, Charles and Veronica. While they constantly lived in fear since his parents moved from Nigeria to Greece in 1991, Giannis made sure they wouldn't have to live like that again.

When he was drafted to the Bucks in 2013, he agreed to sign with the team only if his family could be with him. At 18, Giannis' family all moved with him to Milwaukee and for the first time, he reveled in a lot of things they never really had like convenience stores and cheeseburgers.

The video clip of Giannis singing to the tune of One Direction songs was rather a heartwarming one, though it's really a bit cringey to say the least.