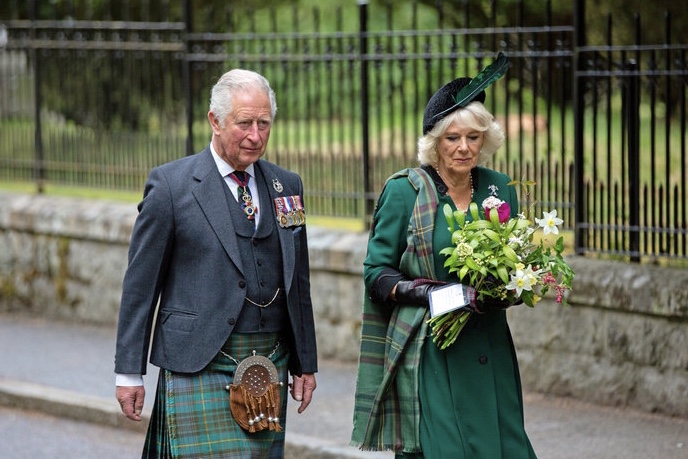 Apparently, Princess Diana dreamt something devastating about Prince Charles and his future position in the monarchy.

Years before her tragic death in 1997, Princess Diana would always have weird dreams about herself and Prince Charles.

Recently, a dream expert revealed how some of the late princess' dreams came true -- from her own death to the possibility of Prince Charles not getting the throne.

In her interview with New Idea, dream expert Joan Hanger narrated the times she got to speak with Princess Diana in the 1990s.

The Princess of Wales reportedly consulted Hanger, whom she got interpretations of her dreams from.

"She told me she loved dreams," the dream expert recalled. "We spoke about symbols and how important they are, and she told me the boys loved to dream, and they all talked about it."

She remembered how it felt like when she met Princess Diana in person for the first time, describing it as "comfortable and divine."

However, despite finding peace while talking to the royal princess, Hanger also noted how the Princess of Wales had a tragic forecast about her ex-husband.

Prince Charles, being the heir to the throne for the longest time, still has not received a definite date on when he can finally rule the monarchy. Thus, it made the expert recall Princess Diana's dream about him never becoming king.

"She did dream about Charles a lot," Hanger said. "She said that she thought he'd never be king. She'd seen him beheaded in her dreams, and that has a lot of connotations."

Aside from translating it literally, Hanger also explained that the particular dream also meant Princess Diana and Prince Charles used to have dominance issues when they were together.

Whatever that dream truly means, it is worth noting that the royal princess exactly predicted a lot of things through her dreams -- including her divorce from the Prince of Wales and her funeral.

Out of all the things Hanger heard, the most interesting one for her was Princess Diana's dream which appeared to foretell her death.

"It was quite astonishing because it happened just after her divorce," Hanger recalled. "I was in Kensington Palace with Paul Burrell [Diana's butler] and her, and she said, 'I had this dream last night, and it was a funeral. I could see everyone there, Charles was there. He wasn't dressed in his uniform, but everyone else was'."

Upon hearing Princess Diana's dream, she assumed at first that it only signified "the death of her marriage" to Prince Charles.

But a year after they finalized their divorce, Princess Diana succumbed after getting involved in a tragic car accident in 1997.

"I think her future would've been absolutely marvellous," the dream expert regretfully uttered. "I think she was on the right track with everything."