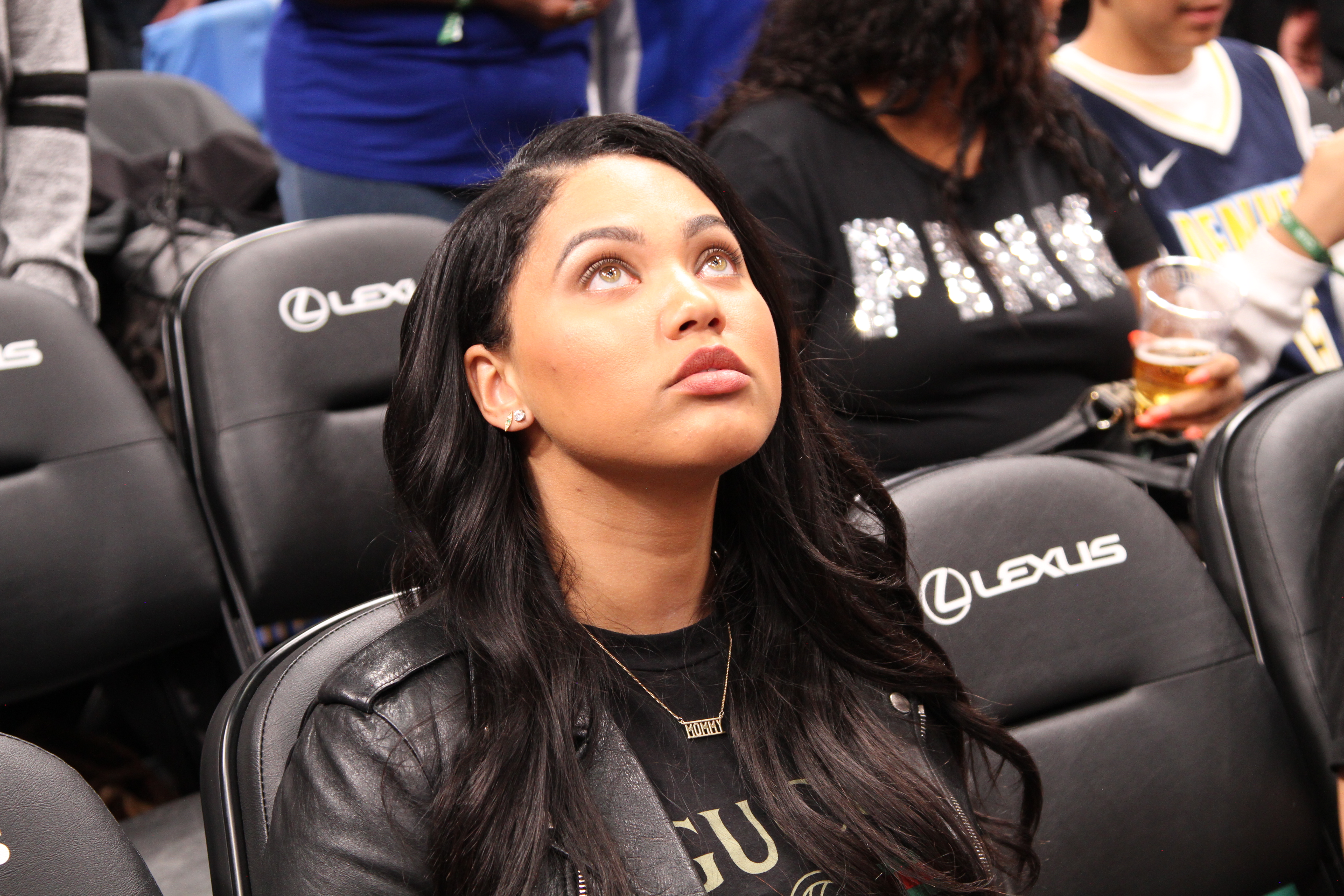 Ayesha Curry received a wave of backlash from netizens after posting a couple of sultry bikini pictures.

Just recently, the 31-year-old American-Canadian TV personality and wife of Golden State Warriors star Stephen Curry took to Instagram to share a series of photos of her surprising transformation.

The mom-of-three showed off her well-toned physique and rock-solid abs while sporting a skimpy two-piece olive bikini, which complemented her sun-kissed skin.

"Took me long enough," she captioned the photo as she credited her two-time NBA MVP husband for being the supportive Instagram husband.

Her beach-bod snap reached more than 924,000 likes and 16,000 comments, one of which came from Ayesha's pal and actress Gabrielle Union.

Early this year, the lifestyle entrepreneur has been seen getting back into shape and losing the baby weight after giving birth to her youngest child, Canon W. Jack

Practice What You Preach

However, despite her celebratory post-baby weight loss, not all were pleased with Ayesha's lockdown transformation.

Netizens called her a hypocrite, referring to her December 2015 post where she allegedly slut-shamed women for wearing revealing outfits.

"Everyone's into barely wearing clothes these days huh? Not my style. I like to keep the good stuff covered up for the one who matters," Ayesha wrote in a tweet in 2015.

It was followed by another post advising women to keep it "classy" and not just follow the trends.

"Just looking at the latest fashion trends. I'll take classy over trendy any day of the week. #saturdaynightinsight," she furthered, while her famous husband backed her up and replied "My woman ... #TheInstagator."

"Ayesha Curry in 2015: "Everyone's into barely wearing clothes these days huh? Not my style. I like to keep the good stuff covered up for the one who matters. Ayesha Curry in 2020:" one critic posted while referring to Ayesha's recent bikini pic.

Another critic  pointed out the cookbook author's confusing stance on women's confidence.

"Ayesha Curry patronized other women for showing skin to men that aren't their partner, then cried about not getting attention from men who aren't her husband, and then went on a mad weight loss journey so she could post the same pics she acted like she was above."

A third user even stressed Curry's different perspective towards women when she was still "chubby" versus her outlook now that she lost a lot of weight.

However, it appears that the mother-of-three was unbothered by her critics, as she posted another photo of her family on Instagram as they camped out in their private yard while watching "Jumanji."