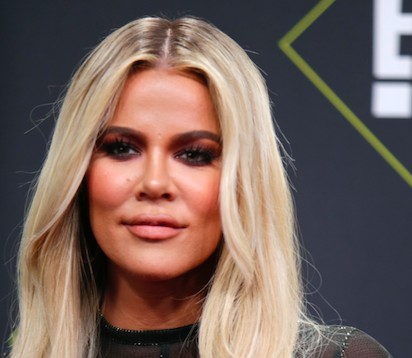 Khloe Kardashian may have been involved in a lot of personal and family controversies over the past months, but she still bravely opened up her heart and revealed who her hero is.

Khloe's sister, Kim Kardashian, found a better and innovative way to promote her brand with the help of her sister. On Sunday, the KKW Beauty mogul announced the upcoming SKIMS Cozy Collection launch on her Instagram account.

Rather than doing it the usual way, Kim asked for the help of Khloe and Kourtney Kardashian -- with their family friends Stephanie Shepherd and Stassie Karanikolaou shooting the clips.

"COMING SOON: @SKIMS Cozy Collection, everyone's favorite loungewear. Available in sizes XXS - 5X in 3 new colors: Aqua, Camel, and Stone and returning in Bone and Onyx," the 39-year-old media personality wrote in the caption before announcing that the launch date will be on May 27.

In the post, which contains four different clips, a new side of Kim and Khloe was seen as they got personal while filming it.

The footage, which was shot over FaceTime by Ruth Hogben, showed Kim while she was laying on the floor with a beauty face mask on.

"I was thinking, there are a few things, I don't know about you," Kim said, to which the "Good American" founder replied, "Like what?"

The mother-of-four then asked her baby sister what her favorite ice cream flavor is -- and if it is cookies and cream.

"Who is a hero of yours?" Kim continued after throwing the random question.

"I mean it's definitely so cliché but definitely, my family-just everything that you guys have accomplished," Khloe revealed in a rather suprisingly deep response. "And I think each and every one of you guys are my inspiration and heroes and motivators but in different ways."

The post, which now has over 700,000 likes, touched the hearts of their fans, most especially since the sisters have been quarreling in the past few months.

Despite all the negativities, the Kardashian-Jenner clan has surely been there for Khloe over the years as they share their lives through their 18-season old family reality TV series.

From Khloe's divorce with Lamar Odom in 2013 to her new relationship with Tristan Thompson and his cheating scandal, the while family has been behind Khloe.

Currently, Khloe is quarantining with her daughter True and baby daddy Tristan amid the widespread COVID-19 pandemic.

"Being quarantined has made her have a soft spot for him, and she knows he will always be part of her life in some way because he is True's dad. Khloé has been open and receptive toward Tristan," a source revealed to Us Weekly.

Interestingly, Khloe also supported Tristan after a woman named Kimberly Alexander claimed that the NBA star is the father of her now nearly 5-year-old son. The two took legal action by sending a cease and desist letter to the accuser, demanding the woman to "immediately stop defaming them with malicious, defamatory lies and specious fabrications."

Meanwhile, a source noted that regardless of the issue, Khloe knows that Thompson has always been "a responsible and a great dad."