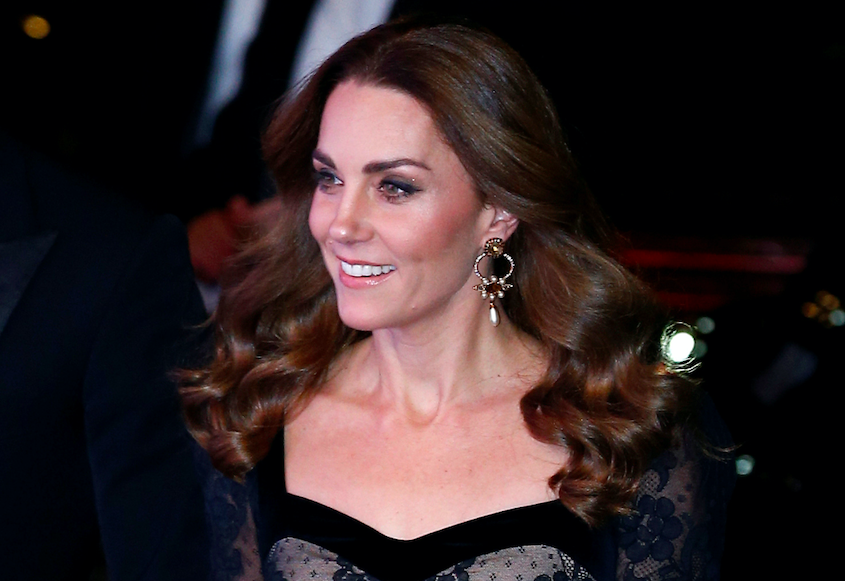 Kate Middleton breaks her silence regarding her alleged "row" with Meghan Markle during the latter's 2018 royal wedding.

Kensington Palace has issued a rare statement addressing Tatler's cover story on Duchess Kate for their July/August issue which was titled "Catherine the Great."

A spokesperson claimed that the said reports were "inaccurate" and had "false misrepresentations" of Duchess Kate.

"This story contains a swathe of inaccuracies and false misrepresentations which were not put to Kensington Palace prior to publication," the spokesperson said, per Insider.

This came after the U.K. publication cited that the Duchess of Cambridge and the Duchess of Sussex fought over whether Meghan's bridesmaids should wear tights during her big day in 2018.

"Then there was an incident at the wedding rehearsal," an anonymous friend told Tatler. "It was a hot day and apparently there was a row over whether the bridesmaids should wear tights or not. Kate, following protocol, felt that they should. Meghan didn't want them to."

Prince Harry and Meghan's royal wedding took place at St George's Chapel at Windsor Castle last May 19, 2018, and one of their bridesmaids include Prince William and Kate's daughter Princess Charlotte.

Aside from the "tights" situation, another "swathe of inaccuracies" pointed out by the Kensington Palace spokesperson was the report that Kate was "furious" over her increased duties when the Sussexes left the monarchy.

The publication also mentioned that Kate "feels exhausted and trapped" when Prince Harry and Meghan officially stepped down from their roles as senior royals.

Another bold claim pointed out inn the report was that Kate has had "a ruthless survival streak" and is now speaking "like the Queen."

However, the lifestyle and fashion British magazine clapped back and defended their writer and sources.

A spokesperson from Tatler told Entertainment Tonight that Kensington Palace was aware of Kate being the cover story of their publication.

"Tatler's Editor-in-Chief Richard Dennen stands behind the reporting of [reporter] Anna Pasternak and her sources. Kensington Palace knew we were running the 'Catherine the Great' cover months ago and we asked them to work together on it. The fact they are denying they ever knew is categorically false," the statement read.

Over the past few years, the feud between the Sussexes and the Cambirdges -- known as the "Fab Four" -- has been the talk of the town prior to Prince Harry and Meghan exiting the royal family.

The Fab Four's last public appearance was during the annual Commonwealth Day service last March at Westminster Abbey, alongside other senior royals such as Prince Charles and Duchess Camilla, Sophie, Countess of Wessex, Prince Edward and of course, Her Majesty The Queen.