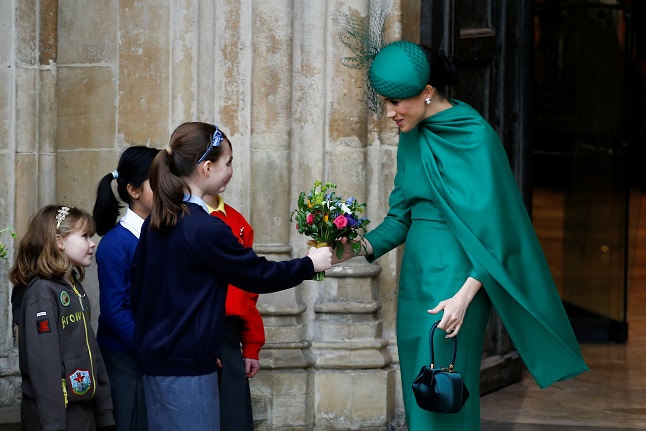 Meghan Markle continues to actively engage in her numerous patronages even after she stepped down as a senior member of The Firm alongside her husband Prince Harry.

Apparently, the 38-year-old duchess is secretly working with an animal welfare charity that has been massively affected by the COVID-19 pandemic.

Meghan Markle "In Touch" With Her Patronage

As a patron of Mayhew -- formerly known as "The Mayhew Animal Home" -- the ex-royal has been assisting the organization as it struggles financially due to the global crisis.

The London-based organization aims to help homeless individuals with their emotional support animal (ESA), as well as to improve the lives of dogs, cats, and the people in the community.

As cited by Newsweek, the running cost of the charity per day is $7,400. With that said, it "desperately needs extra funds" to provide supplies to be able to continue their work.

"We receive no government support or anything so we rely completely on public donations, which are for the most part gathered from fundraising events," Sarah Hastelow, PR and media officer for the charity told the news outlet.

With the government's mandate on social distancing and shelter-in-place restrictions, public fundraising events have been halted, leaving the organization in dire need of financial assistance for dog treatments and food.

"It's been a steady decline in operations and funds. We are trying to be as adaptive and reactive as possible," Hastelow furthered.

For her part, Meghan -- who is currently living in a rented Beverly Hills mansion together with Prince Harry and baby Archie -- "is in touch and working with Mayhew at this time."

Back in January, the former royal had a surprise visit to the animal charity as one of her last official engagements in the U.K. before moving to Canada with her family of three.

"Earlier this month, The Duchess of Sussex popped in to see the amazing people at Mayhew to hear about the incredible progress made throughout the festive period," the caption read.

Founded in 1886, the said animal welfare charity has been one of the duchess' first patronages.

"The Duchess of Sussex, having been a proud patron of Mayhew since January 2019 and long understanding the connection between animal and community welfare applauds the people at Mayhew for the vital work that they do every day."

Aside from this, the Duke and Duchess of Sussex have also been spotted delivering food supplies to vulnerable communities in Los Angeles that were heavily affected by the pandemic.

PAF executive director Richard Ayoub mentioned that it was Meghan's mother, Doria Ragland, who suggested the non-profit organization after learning that they needed extra help in delivering food meals.