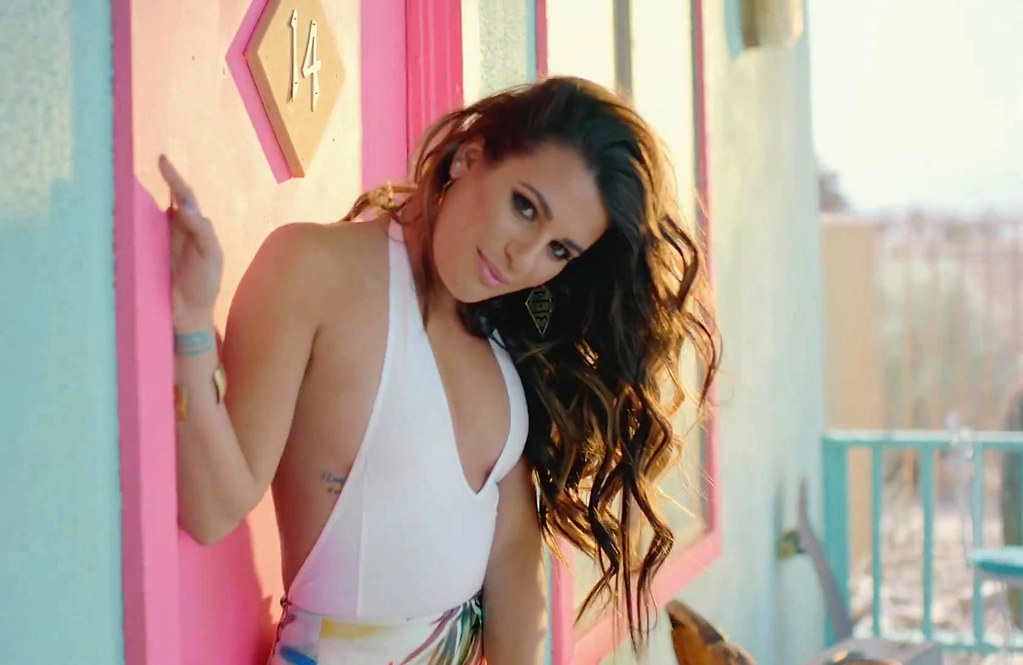 Samantha Ware, who appeared in the final season of the hit musical high school show in 2015, called out Lea Michele after she tweeted #BlackLivesMatter hashtag over the weekend.

Michele tweeted about the George Floyd killing and said that the tragedy was "not an isolated incident and needs to end."

However, Ware called the 33-year-old Emmy nominee, alleging that she made her life on set "a living hell."

She wrote on her Twitter, "LMAO REMEMBER WHEN YOU MADE MY FIRST TELEVISION GIG A LIVING HELL?!?! CAUSE ILL NEVER FORGET."

LMAO REMEMBER WHEN YOU MADE MY FIRST TELEVISON GIG A LIVING HELL?!?! CAUSE ILL NEVER FORGET. I BELIEVE YOU TOLD EVERYONE THAT IF TOU HAD THE OPPORTUNITY YOU WOULD “SHIT IN MY WIG!” AMONGST OTHER TRAUMATIC MICROAGRESSIONS THAT MADE ME QUESTION A CAREER IN HOLLYWOOD... https://t.co/RkcaMBmtDA — SAMEYAAAAAA (@Sammie_Ware) June 2, 2020

"I BELIEVE YOU TOLD EVERYONE THAT IF YOU HAD THE OPPORTUNITY, YOU WOULD 'S*** IN MY WIG!' AMONGST OTHER TRAUMATIC MICROAGGRESSIONS THAT ME QUESTION A CAREER IN HOLLYWOOD."

Following her first TV role on 'Glee,' Ware appeared in other shows such as "Margot vs. Lily" and "What/If."

Another co-star, Amber Riley, signaled that she appeared to have agreed with Ware's claims by posting a GIF of herself drinking tea.

Alex Newell, who was also on the show for four seasons, tweeted, "We ain't got not a damn thing to lie about six years later."

After the allegations, HelloFresh dropped its partnership with Lea Michele. A spokesperson for HelloFresh told Business Insider, "HelloFresh does not condone racism nor discrimination of any kind."

"We are disheartened and disappointed to learn of the recent claims concerning Lea Michele. We take this very seriously, and have ended our partnership with Lea Michele, effective immediately."

In a statement published on her Instagram, Lea Michele said she doesn't remember making the specific remarks that her former co-star is saying "it is not really the point."

"I apologize for my behavior and for any pain which I have caused."

"What matters is that I clearly acted in ways which hurt other people," explains the importance of listening and learning from those she has inflicted on in the past.

"We can all grow and change, and I have definitely used these past several months to reflect on my own shortcomings."

Further, Lea Michele's three-page statement said that whether it was her privileged position and perspective that have caused her to seem insensitive or inappropriate, or her "immaturity and unnecessarily difficult," she wanted to apologize.

Michele, who played Rachel Barry on all six seasons of the show, is expecting her first child with husband, Zandy Reich. She further said that she wants to be a real role model for their child.

Protests started after a video showed a 46-year-old black man named George Floyd was pinned to the ground by a white police officer who knelt on his neck.