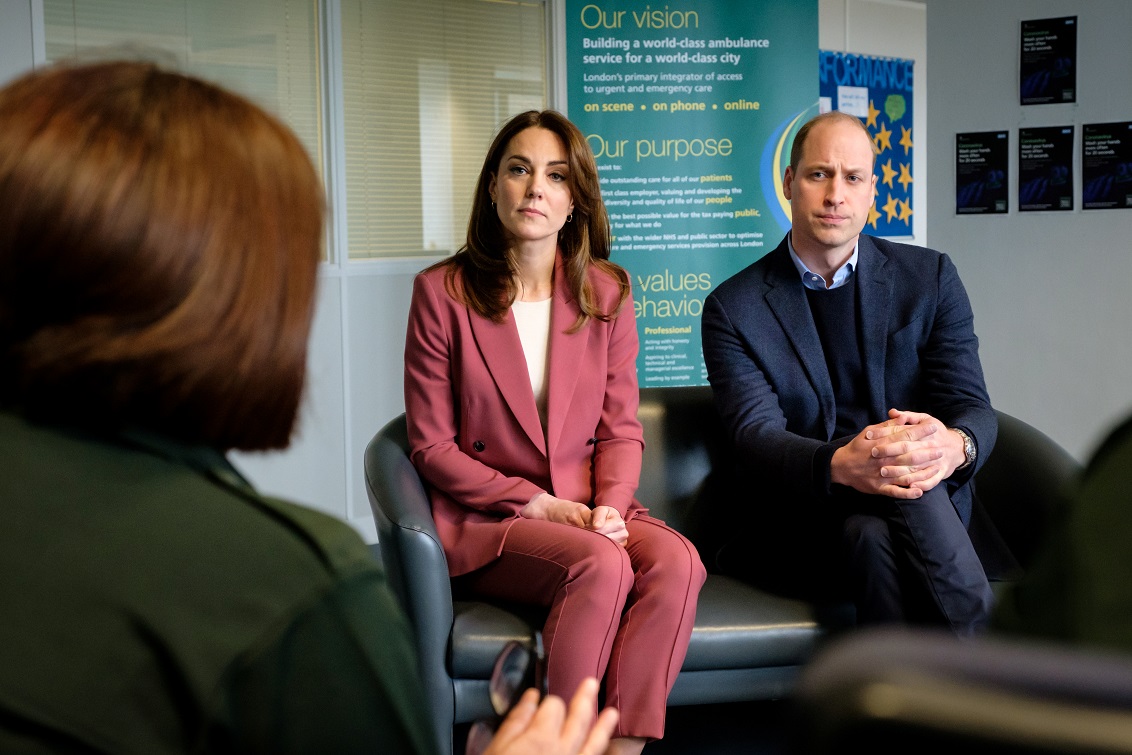 Prince William and Kate Middleton are criticized for failing to address the ongoing mass protests across the U.S, Germany and the U.K amid the Black Lives Matter movement.

The streets of major cities have been filled with thousands of demonstrators who are condemning racial oppression and police brutality towards the black community.

This comes after the death of 46-year-old African American man George Floyd at the hands of four Minneapolis Police officers. The unarmed man was pinned to the ground while a police office identified as Derek Chauvin kneeled onto his keck for nearly nine minutes.

In an episode on Royally Obsessed podcast, hosts Roberta Fiorito and Rachel Bowie questioned the royals' lack of support with the ongoing campaign, per Daily Express.

"I do feel like I am still waiting to hear from Prince William and Kate Middleton and the Queen. Maybe that is fruitless to continue to hold my breath for that," Bowie mentioned.

Although the royal family was not allowed to publicly discuss their views on political issues, the podcast hosts claimed that it is not a constitutional issue but rather a "human issue."

"I am disappointed, a lot of people say well in the US it is a political issue but it is not a political issue, it is affecting the entire world. It is a human issue that every person on earth needs to address so I think that their silence is a little deafening," Bowie furthered.

In the firm's official website, it states that the family had to be "strictly neutral with respect to political matters."

Fiorito went on and expressed her dismay over the silence of the royal family on the national issue.

"It was disappointing that we didn't see anything from it on the official Instagram accounts. This wasn't just a US movement. It was an international movement so it would have been nice to hear from the Queen or hear from Kate and William on the matter," the expert furthered.

She went on hoping that Her Majesty will give her stance on racial inequality, which is prevalent in developing countries.

On the other hand, the duo even compared the Duke and Duchess of Cambridge to former royal Meghan Markle, who recently expressed her stance on the BLM movement.

In previous royal family news, the Duchess of Sussex broke her silence and made a powerful speech in line with the national protests in the wake of Floyd's death.

The former "Suits" star described the incident as "absolutely devastating" while pointing out that every life matters.

Moreover, Vanity Fair cited that Prince Harry and Duchess Meghan are shifting their focus to the BLM campaign and have been in talks with community leaders and organizations.

The 38-year-old former royal was also praised for her "raw" and compelling message, as she addressed the video for graduates of her alma mater, the Immaculate Heart School, in Los Angeles.

Royal experts also pointed out that the duchess sounded like "the old Meghan" who was opinionated and vocal about social and humanitarian views.