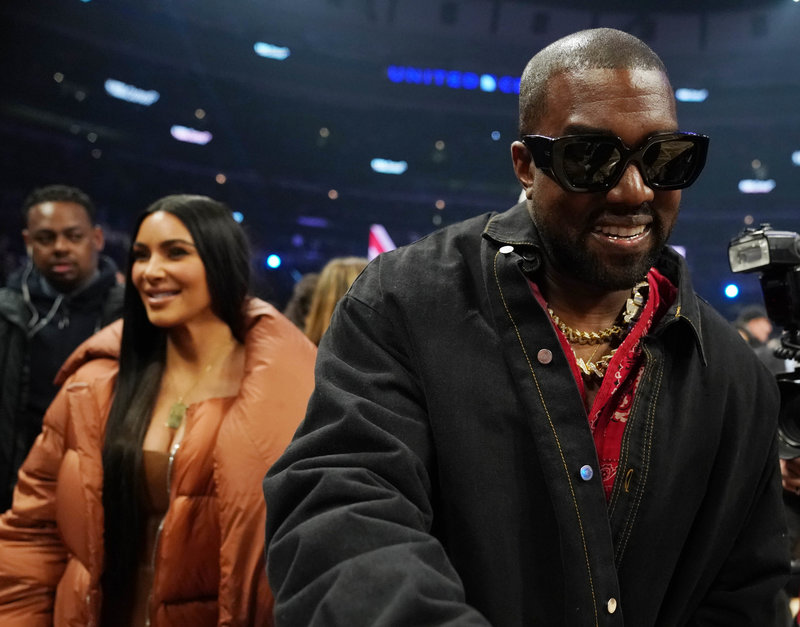 One person believes that Kim Kardashian and her husband, Kanye West, will be living in the White House pretty soon.

The "Jesus Is King" rapper have already said before that he plans to run for President, following in the footsteps of his friend and current president, Donald Trump.

A lot of people still don't think that this will happen, but others believe that Kim and Kanye will definitely become the President and First Lady of the United States.

Cheban, who officially changed his name to Foodgod, further said, "I need a position in the White House. I want to make sure all the kids have great school lunches. I could be secretary, something fun."

The "Yeezy" creator have openly admitted to a crowd at a business festival that he wants to run for presidency in 2024.

He and his reality TV star wife has been spending some time with Trump at the White House in the past couple of months to talk about issues that were close to them.

Kanye West's proclamation of running for president has been a long joke that he would run for office, but this time, he might be serious.

When he spoke at the fifth annual Fast Company Innovation festival in New York, upon his announcement, he was immediately halted by laughter from the crowd.

The "Knock You Down" rapper responded, "What y'all laughing at? We would create so many jobs. I'm not going to run. I'm going to walk."

The multiple Grammy award-winning artist and producer has already established himself as one of the greatest artists of all time.

But if you put away the microphone and the Yeezy's, you will see a man who is on a mission to fight poverty, poor education, hunger, homelessness, human rights, slavery and human trafficking.

He may have had some controversies in the past for all the bad things he did, but the musician has actually contributed a lot to the world.

He supports 20 charities and foundations, such as his own Dr. Donda West Foundation, Common Ground Foundation, Doctors Without Borders, Human Rights Watch, Habitat for Humanity and so many more.

The 6-year-old sent her thanks to Kanye West via Instagram because Kanye offered to cover her entire college tuition.

"Mommy and I are so thankful for you and your family @KimKardashian," she added.

And as for Kim Kardashian, the "KUWTK" star is known to be generous by donating funds for charities and foundations.

The mother of four is also studying to become a lawyer just like her dad, Robert Kardashian.

Kim Kardashian West's goal is to help get incarcerated people out of prison and so much more.