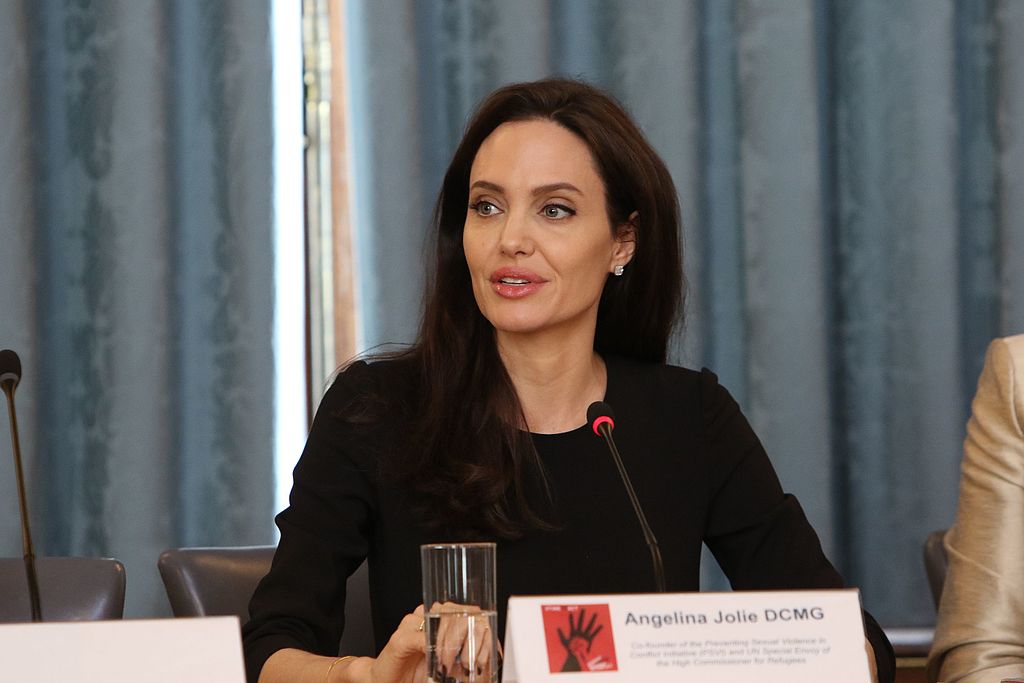 Angelina Jolie has a lot of bizarre love stories to tell as an actress. But even long before she took the spotlight in Hollywood, she already had several eyebrow-raising experiences involving her love life.

In an interview with OK! magazine back in 2007, Angelina revealed that she used to be sexually active student in school. The "Tomb Raider" star said that she would always take her clothes off and make out with other students in kindergarten.

"I was a member of a group called the Kissy Girls. I was very sexual in kindergarten," she disclosed. "I created a game where I would kiss the boys and give them cooties. Then we would make out and we would take our clothes off. I got in a lot of trouble!"

Moreover, her unusual and wild sexual behavior did not stop there.

When she turned 14, the "Mr. & Mrs. Smith" actress divulged that she lost her virginity at a very odd situation, as knives were involved during the intercourse.

According to Angelina, she started having sex with her boyfriend at that time. However, the emotions while doing it did not feel enough for her.

As a result, she grabbed a knife and cut his boyfriend in pursuit of feeling closer to him.

"He cut me back. We had an exchange of something, and we were covered in blood, my heart was racing," Jolie recalled in the 2007 bombshell interview.

Though she lost her virginity at a very young age, her mother reportedly approved everything that happened.

"When I was 14, I was either going to be reckless on the streets with my boyfriend or he was going to be with me in my bedroom with my mom in the next room because I was going to have a boyfriend," she told Cosmopolitan.

The now-45-year-old actress has six children -- Maddox, Pax, Zahara, Shiloh, Knox, and Vivienne. Though she has already been in multiple marriages, Ange still did strange things to her brother and ex-husbands.

During the Golden Globe Awards in 2000, the actress caused a stir after she kissed her brother, Jamie Haven, on the lips.

"The day she kissed Jamie at the Oscars, it was the first day Marcheline was treated for cancer. They left the hospital together and got ready together," Cis Rundle, a close friend of Angelina's mother, revealed to Radar Online.

Three months later, she did it again at the Academy Awards' red carpet event.

In addition, when she started dating Billy Bob Thornton and got married in Las Vegas in 2000, they showed their outlandish declaration of love before they split two years later.

Ange and Billy -- who is 20 years older than her -- famously wore vials of each other's blood around their necks.

"The necklaces were a very simple thing," Billy told Hollywood Foreign Press Association's "HFPA In Conversation" podcast. "That was that easy, but by the time it came out in the press, it sounded like we were wearing a bucket of blood around our necks."

Though Angelina truly had an unusual past, she never failed to be a mother to her six kids.