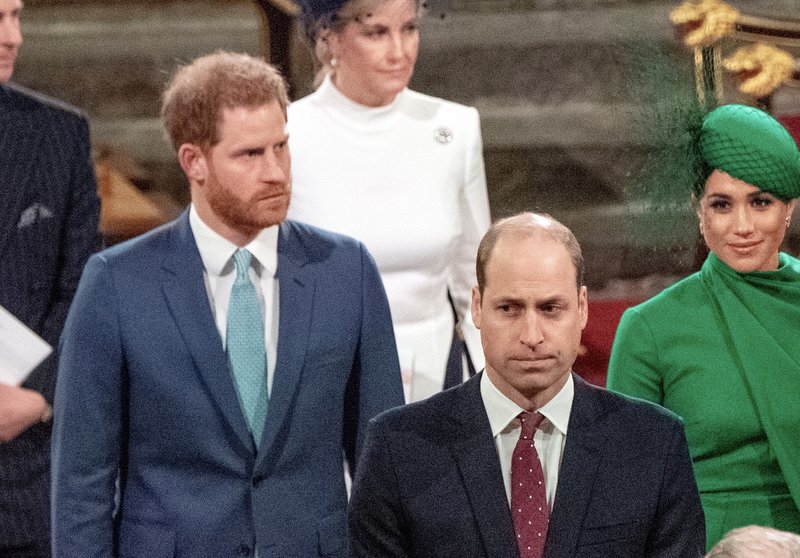 Kate Middleton and Prince William were so worried about Prince Harry's whirlwind romance with Meghan Markle, they both talked to the Duke of Sussex about it. However, the latter thought he was being criticized and felt compelled to protect his then girlfriend, hence a tension ensued.

Was Prince Harry overly sensitive only?

Prince Harry and Meghan Markle have left their senior royal positions officially back in March and while they appear to be alright in the United States, reports about them struggling would not stop. More so about Prince Harry -with some claiming he is now regretting the fact that he even decided to leave his family for Meghan Markle.

It can be a bad case of sudden realization that he and Meghan Markle are not a good fit. But if this is truly the case, Prince Harry has no one but to blame but himself. More so when he was allegedly warned by Kate Middleton herself, his brother's wife.

According to the book entitled "Royal at War," the royal family was so worried about Prince Harry and Meghan Markle marrying without thinking about it long and hard first that Middleton felt compelled to talk to Harry about it.

According to the journalists Dylan Howard and Andy Tillet, Kate told Harry to please, take things slowly, for his sake and for the palace's sake. According to Middleton, it would take a long time and massive effort, for Meghan to be able to finally integrate with the family.

The statement in the book read, "She gently reminded him that he was dating someone with a completely different life, past, and career and it would take time, care and attention for them to integrate."

The book clarified that Middleton was not worried because she did not like Meghan Markle or find anything wrong with her. She was just worried about the pace of things and hoping Prince Harry would take the time to think about his relationship with Markle and its implications.

Harry might have not listened to this, even though he and Kate Middleton are particularly close. Since she is his big brother Prince William's wife, Harry looked at Middleton as the older sister she was not privileged to having. They had a lot of cute moments too, before Meghan Markle entered the picture.

At present, even though there are reports claiming Prince Harry and Prince William are  starting to patch things up, some insiders claimed that Harry's relationship with both Prince William and Kate Middleton remains fractured. Moving to LA with Meghan Markle and Baby Archie makes it quite hard to reconcile their feud. More so, when news about Kate and Meghan not getting it on (then and now), keep coming up.

The new book claimed too that Prince William also talked to Prince Harry about Meghan Markle. The first question he asked about Harry is not if Meghan is "the one." Rather, he asked if Markle "is the right one." This question reportedly did not bode well with Prince Harry and there was a resulting tension.

The book claimed that the Prince Harry truly did not like William's questions because he felt the need to protect his wife. He is quite protective of her because he still feels guilt for not being able to defend his mom, Princess Diana. As a result, he can be ultra-sensitive, seeing criticisms and negativity even when there are none.

This was what happened with Prince WIlliam's comment. The source asserted that if Prince Harry did not misconstrue his brother's statement, then no rift would have happened!