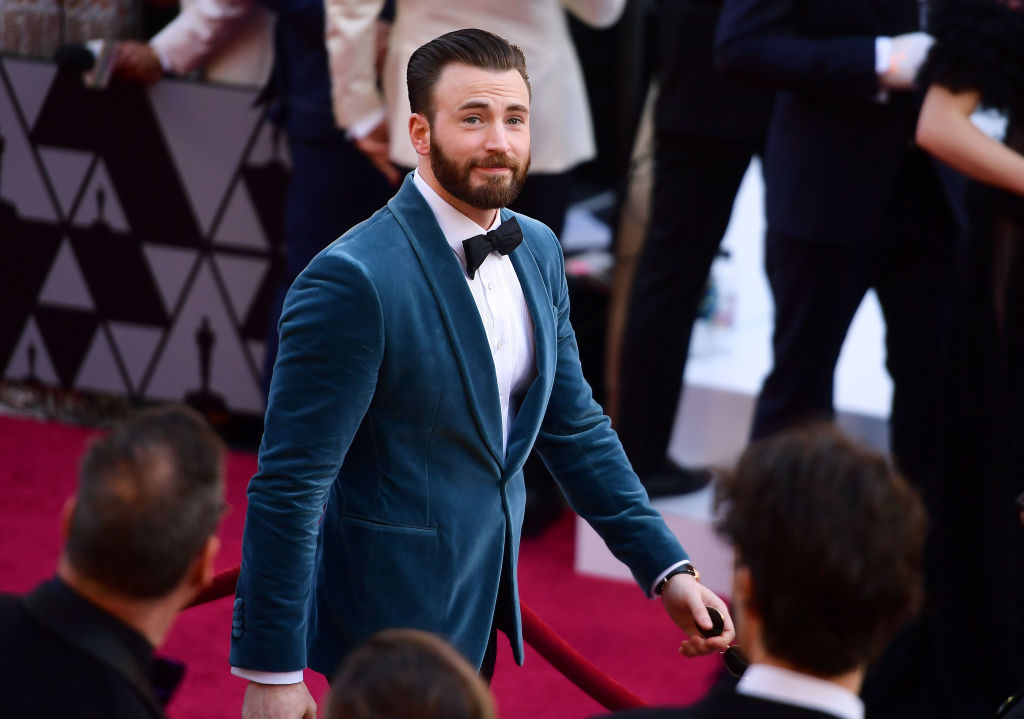 It looks like Chris Evans has finally found his perfect pair -- or so people believe.

Amid the ongoing crisis in the U.K., Evans shared some excitement after being spotted getting into a cab with British actress Lily James. In photos obtained by the Daily Mail, the two were seen leaving a private club in the Mayfair neighborhood in London on June 4.

According to the paparazzi, Evans and James jumped in the same black cab together before heading back to the luxe hotel Corinthia. However, the source also confirmed that the 31-year-old "Mamma Mia 2" actress exited the taxi first and headed to another hotel door.

Meanwhile, the 39-year-old "Captain America" star headed to the main entrance where he waited for the staff to open the door for him after waving his guest key card through the glass.

Their meeting came after James reportedly split from "The Crown" star Matt Smith. The two dated for five years until they decided to go their separate ways last year.

Evans, for his part, was last linked to anyone in 2017 when he dated actress and comedian Jenny Slate. The two worked together in the family drama movie "Gifted," in which Slate was the love interest of Evans' character.

Since their split though, Evans has kept his love life private. He has also opted to focus more on his acting career.

Per Us Weekly, Evans and Slate first called it quits in February 2017 after nearly one year of dating. They restarted their romance again soon after, but it did not last long and they broke up for good in March 2018.

Evans Fears Having a Relationship Again?

Evans' split from Slate might have hit him hard, as he reportedly feared to be in a relationship again.

Though he was still in the process of healing his broken heart at that time, he bravely opened up about his biggest "dating deal-breakers" which he learned during his relationship with Slate.

"I'm the one who fears being enveloped," Evans told the Hollywood Reporter in March 2019. "I was always a really autonomous guy my whole life. Camping by myself is one of my favorite things. I really like to be with someone who also has their own thing to do as well, you know?"

According to Evans, being with someone who easily adapts to his life made him feel a bit suffocated.

Though he has been single for a long time, an insider exclusively told Us Weekly earlier this 2020 that Evans has been "dating different women and is having fun." However, he isn't "exclusive with anyone."

Chris Evans and Lily James are yet to confirm the real status of their relationship. But if the two are really together, the actor surely knows how to handle his relationships now.