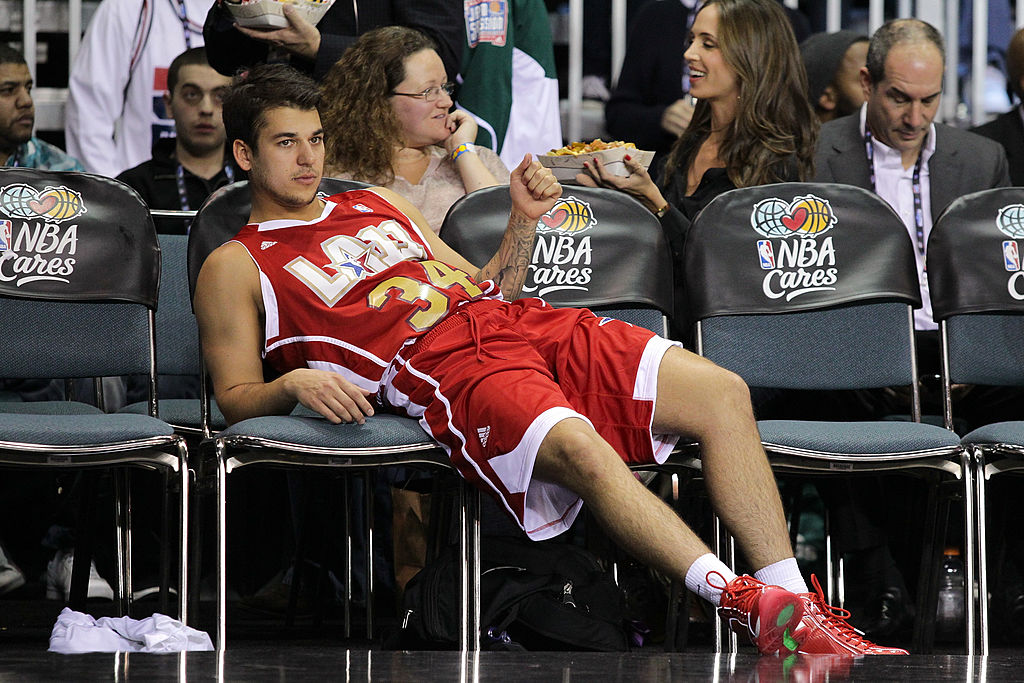 Rob Kardashian is slowly ditching his "dad bod," and girls on social media are so ready for it!

Back when the first season of "Keeping Up With the Kardashians" aired in 1997, girls were all eyes on this boy-next-door cutie who happens to be the brother of Kim Kardashian. Being the only guy in the Kardashian-Jenner siblings, girls instantly fell for his bad boy look yet charming baby boy smile.

Rob was known to be the Kardashian's brother who once got a chance to modeling because of his good looks and well-built body. But 13 years after, Kris Jenner's only boy has lost his charm among the girls after neglecting his health and body.

Besides having a daughter, Rob also dealt with a messy custody battle with ex partner Blac Chyna for their 3-year-old daughter, Dream.

However, it looks like Rob is willing to make the year 2020 his "bounce-back year" and reclaim his crown as the most handsome Kardashian next to his father.

In an Instagram and Twitter post on Tuesday, Rob was beaming with body confidence after sharing photos showing his weight loss progress, starting with getting rid of his huge beer belly.

"Swim day," the 33-year-old "Arthur George" founder wrote alongside a top-view photo of his outfit from the waist down to his feet.

In the photo, which now has over 82,000 likes on Instagram, Rob featured his black trunks with colorful sea turtle patterns, a black graphic print tee, and a pair of black and blue kicks and white socks.

But instead of loving his outfit, fans could not help but notice Rob's flat stomach and seemingly slimmer legs, thighs, and calves.

Because of this obvious body transformation, fans could not help but commend Rob and rave over his flat belly!

"So glad to see you back!!! You're doing amazing, sweetie! But seriously keep up the good work. I know your friends & family are proud of you & so are your fans. You've come so far, and I'm so glad I'm here for it," another one added.

But aside from the tons of "we love you," "way to go," and "looking great" comments from tons of women on his social media feed, others also joked about how Rob could now see his manhood again after losing those belly.

Most of the fans are happy and celebrating Rob's newfound confidence after years of staying away from the spotlight due to his weight struggle.

Rob first posted a photo of himself with Khloe's baby daddy, Tristan Thompson, and another friend, in which fans immediately noticed his dramatic weight loss.

He also posted a photo with his eldest sister, Kourtney, which showed Rob's much slimmer body compared to his image two to three years ago.