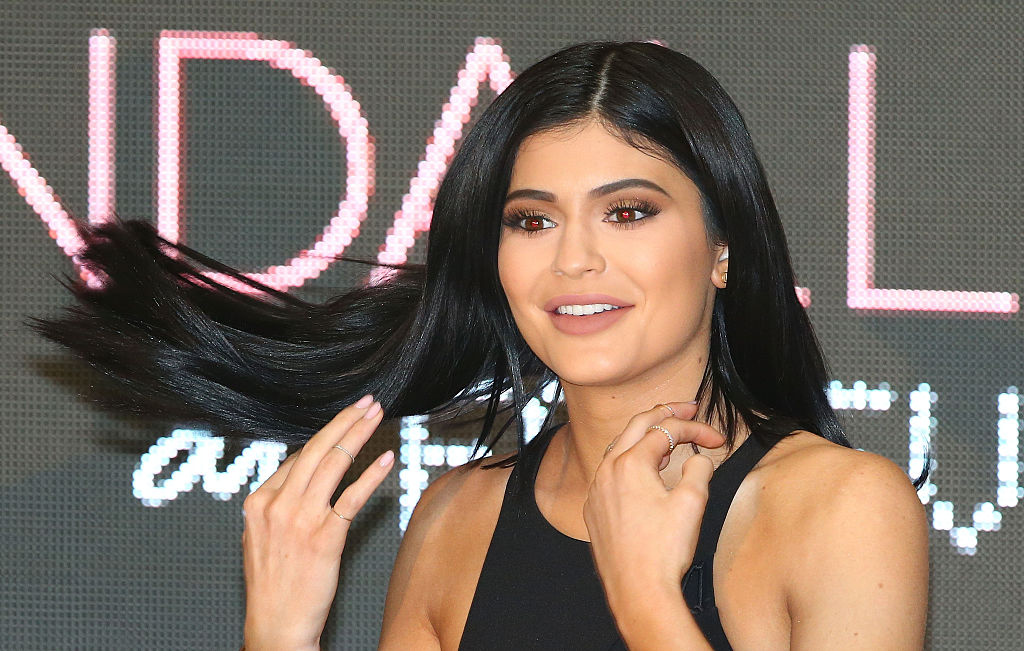 Kylie Jenner just proved that she's indeed a fearless woman after she showed off her adventurous side during her trip to Utah.

As travel restrictions are slowly being lifted, the beauty mogul, alongside her sister Kendall Jenner and their friends, took a trip to a remote hideaway in Canyon Point.

The Kylie Skin founder, together with pals Maguire Amundsen, Harry Hudson, Zack Bia and Fai Khadra, went for an adrenaline-fueled adventure in a peaceful desert retreat.

Jenner took to Instagram stories to share clips of herself traversing across the shaky structure overlooking a rocky valley.

In the video, the mother-of-one was seen wearing a black sports bra and leggings over her shorts and safety gears as she slowly walked across the metal bridge

"f-king crazy," the beauty mogul shouted while being filmed by her friend.

Kylie seemed to enjoy her outdoor activity though, as she posted a group photo on top of the valley alongside a caption "we survived."

Moreover, a fan account pointed out that this might be the same place where the Kylie Cosmetics owner had her vacation when she was still pregnant with her only daughter Stormi Webster.

"I think Kylie might be at the same place she stayed at when she was pregnant in the To Our Daughter video," the account noted.

To recall, the "Keeping Up with the Kardashian" reality star posted an 11-minute video of her pregnancy journey titled "To Our Daughter," which was dedicated to Stormi.

Interestingly, Youtube announced that it was one of the top-trending clips of 2018, as it reached a million views in just hours after it was posted. As of this writing, the video has over 92 million views.

The short clip began showing Kris Jenner about to give birth to her youngest daughter, andit was followed by a scene when Kylie found out she was pregnant with her baby daddy Travis Scott.

Unfortunately, things turned out unexpectedly when Kylie and Travis called it quits in October 2019.

However, during the onset of the lockdown due to COVID-19, multiple reports claimed that the two were quarantining together in tKylie's $36 million Holmby Hills mansion alongside their daughter.

Although fans speculated that Scott and Jenner had given their relationship another try, the two kept tight-lipped about their status. However, they confirmed that they are "in good terms" and are great co-parents to their daughter.

"Kylie and Travis have been co-parenting Stormi while quarantining at Kylie's house. Travis hasn't been staying every night but has been popping in very often to see Stormi and Kylie," a source shared with E! News. "Travis and Kylie are on really great terms right now and have a great system in place with Stormi."