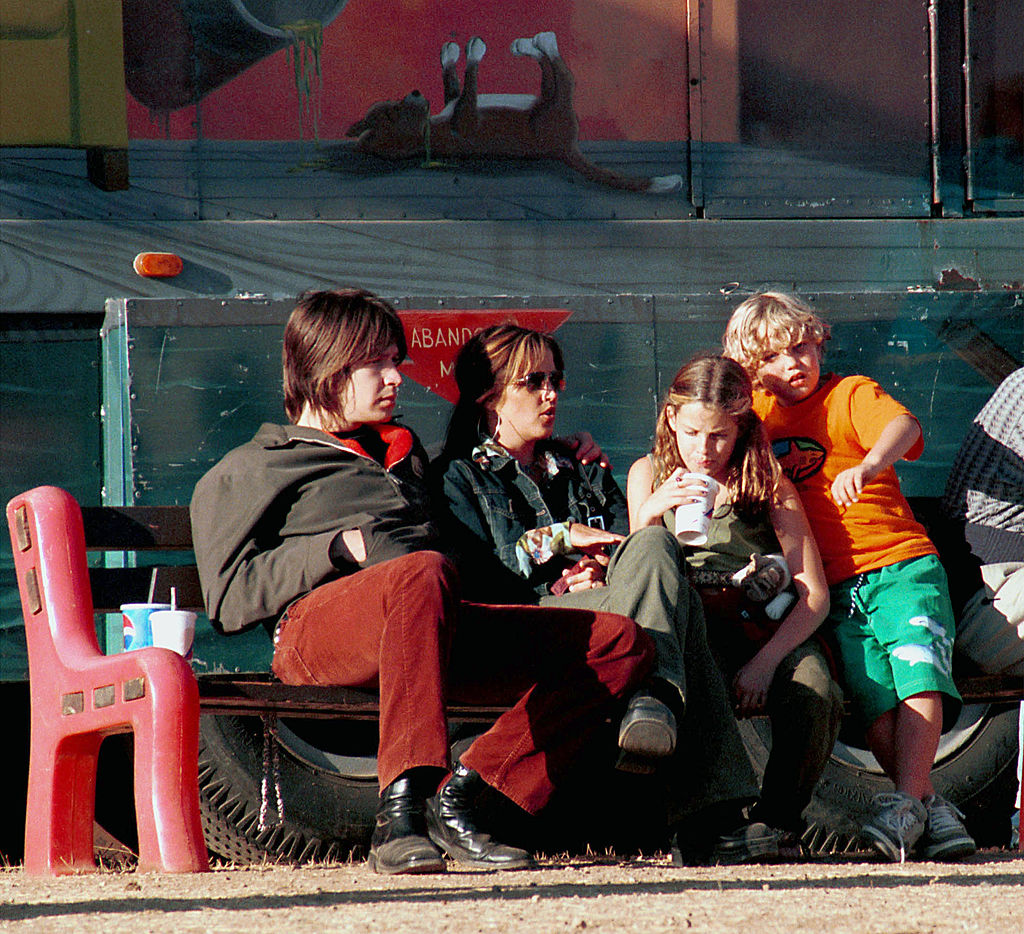 Elvis Presley's grandson has died. The son of Lisa Marie Presley died from a gunshot wound, which appeared to be self-inflicted.

According to TMZ, Benjamin Keough, was found on Sunday in Calabasas California. The son of Lisa Marie and Danny Keough, and most notably, the grandson of the iconic Elvis Presley, is alleged at present to have committed suicide.

Lisa has previously detailed his son's similarity to his grandfather, Elvis. Lisa was shocked to see the common features, calling it uncanny.

"Ben does look so much like Elvis. He was at the Opry and was the quiet storm behind the stage," she said.

She added, "Everybody turned around and looked when he was over there. Everybody was grabbing him for a photo because it is just uncanny."

The similarities could have stopped with their facial features, though. While Elvis glorified being in the limelight, the youngest child of Lisa Marie and ex Danny Keough was always antagonistic towards it. This is why few has been written about him, despite having a very famous family.

But Benjamin did have musical talents  like his grandfather, as well as mother. It's impossible for him not to. In 2009, Benjamin was reported to have entered into a $5 million record deal with Universal so that he could showcase his prowess. When he was interviewed about it, he strived to differentiate himself from his grandpa, saying the music will be nothing like Elvis at all.

Lisa Marie Presley, once known to be Michael Jackson's wife after she and Ben's dad broke up, is the one and only daughter of the legend, Elvis Presley. She is no stranger to the music industry, in that she had released her own albums, which were also quite successful.

Her very first album immediately went platinum, with critics hailing her singing voice for having a distinctive flair to it.

Even though Lisa is quite private about her family life, she is an outspoken advocate of AIDS sufferers.

She also split up with Jackson in 1996 and then married  Nicholas Cages in 2002. The marriage lasted only 102 days.

She ultimately got married to Michael Lockwood, her music producer. They had two daughters, who are twins. While there were initial thoughts of their marriage lasting, it only lasted longer than her previous marriages but still ended up in a divorce after 10years.

As a result of her colorful love life, Lisa has four children - Danielle Riley Keough, who is now a model, Benjamin Keough, and twins Harper and Finley. Riley Keough, apart from being a model, has also worked in several Indie and horror films through the years.

Lisa made headlines in 2019 with regard to her twins. Her daughters were reportedly taken into care when Lisa herself uncovered indecent images on Lockwood's computer.

More details about Benjamin's death are still being investigated. The family is yet to react to the devastating news. The last time that Benjamin was spotted by the media was when he attended his grandfathers 40-year death anniversary with his family. A vigil at Graceland was held in Elvis' name.

Lisa Marie Presley spends an afternoon with her fiance musician John Oszajca and her children Danielle and Benjamin at a carnival October 2000 in Malibu, CA. (Photo by Peter Brandt/Getty Images))