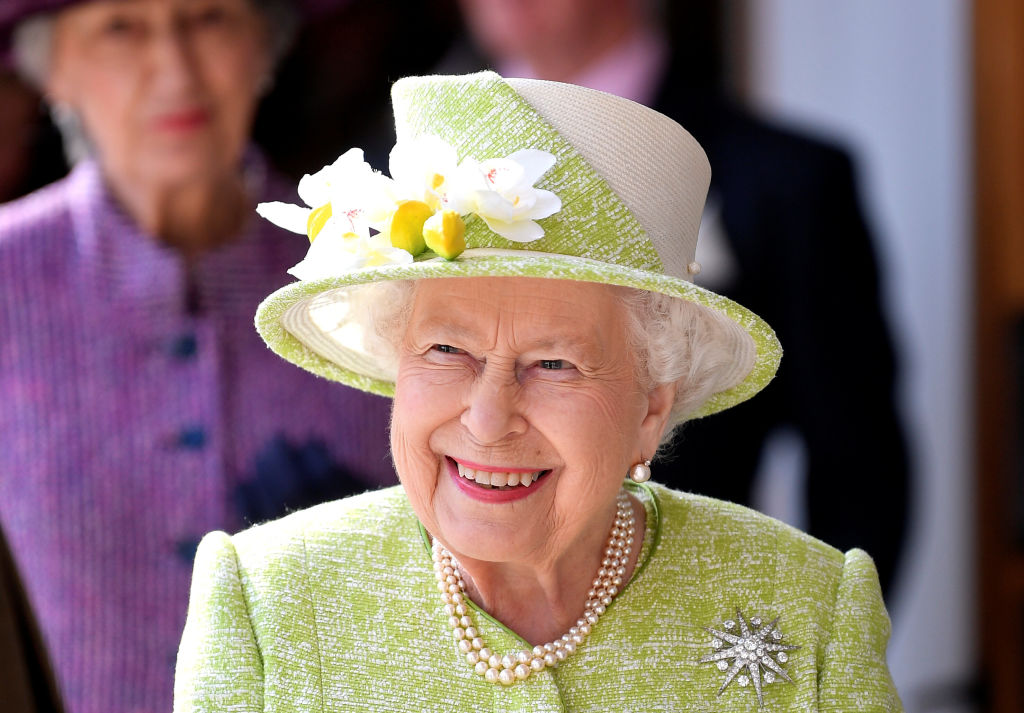 Queen Elizabeth II treated royal watchers with a rare moment while taking part in a video conference with three personnel from the U.K. Armed Forces.

Her Majesty the Queen, who remains in her royal residence at Windsor Castle, continued with her public duties as she worked remotely despite the ongoing health crisis.

In the latest royal family Instagram post, the 94-year-old monarch can be seen in video talking with representatives from the Royal Navy, Royal Air Force and the British Army.

View this post on Instagram
‪ The Queen speaks with service personnel from @BritishArmy, @RoyalNavy and @RoyalAirForceuk via video call, to hear about the work of the British Armed Forces at home and overseas, during the current pandemic. . As Head of the Armed Forces, Her Majesty is regularly updated on operations around the world. . Chief of Defence Staff General Sir Nicholas Carter joined the video call, along with: . Able Rate Sophie Levy who serves as an Aircraft Handler, on her first operational deployment on board RFA Argus which is in the Caribbean. . Lieutenant Colonel Barrie Terry who is currently deployed on a UN peacekeeping mission in Mali, and has been apart from his family since last year due to travel restrictions. . Lance Corporal Shanwayne Stephens who serves in The Queen’s Colour Squadron and has represented the RAF at many state events including State Openings of Parliament and the annual Festival of Remembrance. . To watch the full version, visit the Royal Family’s YouTube channel (link in bio) A post shared by  The Royal Family (@theroyalfamily) on Jul 14, 2020 at 1:59pm PDT

"The Queen speaks with service personnel from @BritishArmy, @RoyalNavy and @RoyalAirForceuk via video call, to hear about the work of the British Armed Forces at home and overseas, during the current pandemic. As Head of the Armed Forces, Her Majesty is regularly updated on operations around the world," the caption of the post read.

The Head of the Armed Forces, General Sir Nicholas Carter, gave Queen Elizabeth II some updates on how they are coping up with their current situation, especially since they have been away from their families for several months.

"Everybody's been extremely busy with the pandemic and doing a wonderful job," Able Rate Sophie Levy, who is deployed onboard the RFA Argus in the Caribbean, also shared to the Queen.

Meanwhile, Lance Corporal Shanwayne Stephens, who is the Queen's Colour Squadron and a member of the Jamaican bobsleigh team, revealed his bizarre lockdown exercise that made Her Majesty chuckle during the video conference.

"I've been pushing a car up and down the street," he told the Queen, to which Her Majesty responded with a chuckle before saying: "Well, I suppose that's one way to train."

With almost 273,000 views, royal watchers flocked the comments section and gushed over the Queen's lovely gesture.

"Love love Queen Elizabeth. She is so adorable. Loved her reactions to this video chat. You can tell it meant the world to all our military recipients in this chat," one fan wrote.

Others also acknowledged how the royal family has been stepping up and reaching out to people amid the devastating crisis.

"The royal family have really stepped up to the COVID crisis. Well done to all involved in making adjustments to the way the work is done," one fan responded.

With her age, Queen Elizabeth II is considered as high-risk of contracting COVID-19. With that said, she and Prince Philip are both being looked after by 22 royal staff, who are currently in a so-called "HMS Bubble" and isolated in Windsor Castle.

READ MORE: Princess Diana Is The Most Beautiful Royal Ever -- According To Science