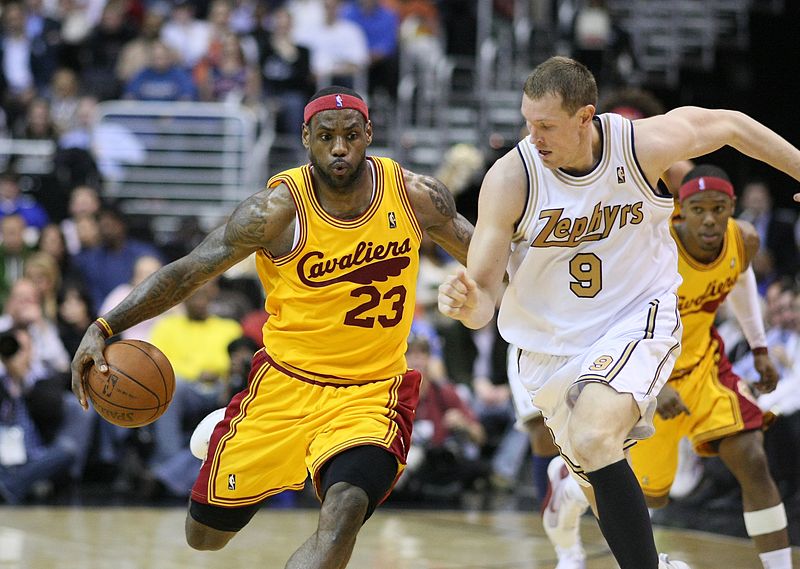 According to Darren Rovell of Action Network, LeBron's rookie card with the Cleveland Cavaliers was recently sold at Goldin Auctions for a staggering $1.8 million. The said amount is said to be a record for a modern day card.

The winner of the auction, which started last month, was professional collector and Lob.com co-founder and CEO Leore Avidar.

Explaining his purchase of LeBron's rookie card, Avidar said that it's part of a strategy to "bring something big to the collectibles and alternative asset business in the coming months."

While splurging mllions of dollars for a sports memorabilia is not that surprising, it's still rare to see a modern day card to be sold for an absurd amount. Then again, it is worth noting that collectors and businessmen see these types of purchases as investments, especially since items like the LeBron James card will only increase in value over time.

LeBron James is yet to react on the news, but it's likely this news will put a smile on his face. After all, it shows how valuable and inluential he is in the modern sports world.

For now though, LeBron James and his Lakers are focusing on the NBA restart in Orlando, Florida. With the 2019-20 campaign set to retun after a four-month long hiatus due to COVID-19, the Purple and Gold are hoping to resume their dominant run and win their 17th NBA title.

The Lakers are one of the favorites to win it all this 2020, although they are facing some tough competition from other favorites such as the Los Angeles Clippers and Milwaukee Bucks.