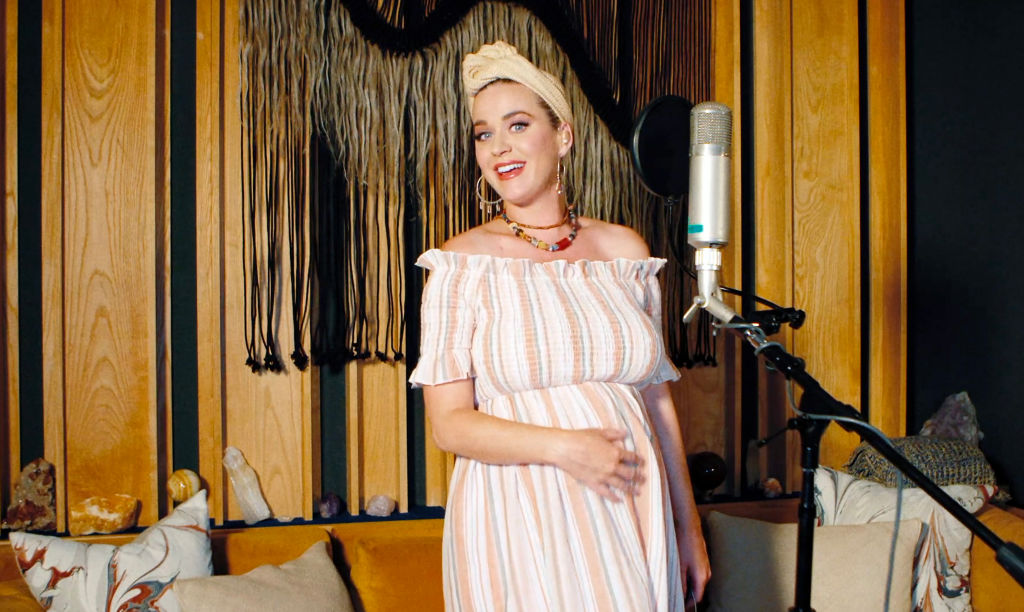 Katy Perry has been facing a lot of ups and downs throughout her pregnancy. Unfortunately, the singer delivered another saddening news to everyone.

Before Orlando Bloom and Katy welcome their first child together, the two had planned to get married first. The couple originally wanted to hold two wedding parties: one local and the other for a destination wedding.

However, neither of the two is possible to happen now after the 35-year-old soon-to-be mother announced their wedding cancellation for the second time.

In a new interview with The Mirror, Katy disclosed that they are now focusing on delivering a healthy child. The singer is due to give birth to their daughter next month.

"You can't plan anymore in 2020 because those plans are ­always cancelled," Katy Perr said. "We just want to ­deliver a healthy child. Everyone has to take life one week at a time right now."

In her recent interview with Howard Stern, she shared the same heartbreaking news but assured that the wedding will still be pushed through in the future. Katy then clarified that their child's welfare is the most important thing for them right now.

In March 2020, Orlando already revealed that the alarming rate of the COVID-19 cases has affected their summer wedding plans in Japan.

"I'm not joking when I say that coronavirus might have a play in whether we put things on ice, because we're going to be traveling and we don't want anyone to feel uncomfortable," he told The Times U.K.

It remains unclear why Orlando and Perry wanted a destination wedding to Japan. But a source revealed to PEOPLE that the couple invited 150 guests to celebrate the union with them in the East Asian country.

"They were both so elated that all the wedding details were finally coming together, but they are hitting pause because of coronavirus," the source said before adding that Katy wanted to walk down the aisle while flaunting that baby bump.

Aside from their wedding, the health crisis also affected the singer's emotional state, as she has also been feeling very emotiional throughout her pregnancy.

According to Katy, she has been feeling overwhelmed, anxious, happy, and overjoyed at the same time. She reportedly felt depressed, too, since it is a wild time "to bring life into the world."

Despite the crisis and the uncertainty about the future, the couple reportedly set a lot of rules to become the best parents for their daughter.

"You start becoming a mother, or a parent, once you conceive. Definitely," Katy excitedly said during her appearance on Mix 104.1's Karson & Kennedy.

Though she now feels less stressed than before, the nervousness due to the thought of giving birth is somewhat getting more intense.

"Orlando tries to be as supportive as possible," an insider told People, ensuring that Katy receives the amount of support she needs and deserves. Furthermore, Orlando is reportedly playing a massive part in making everything a little bearable to the singer.