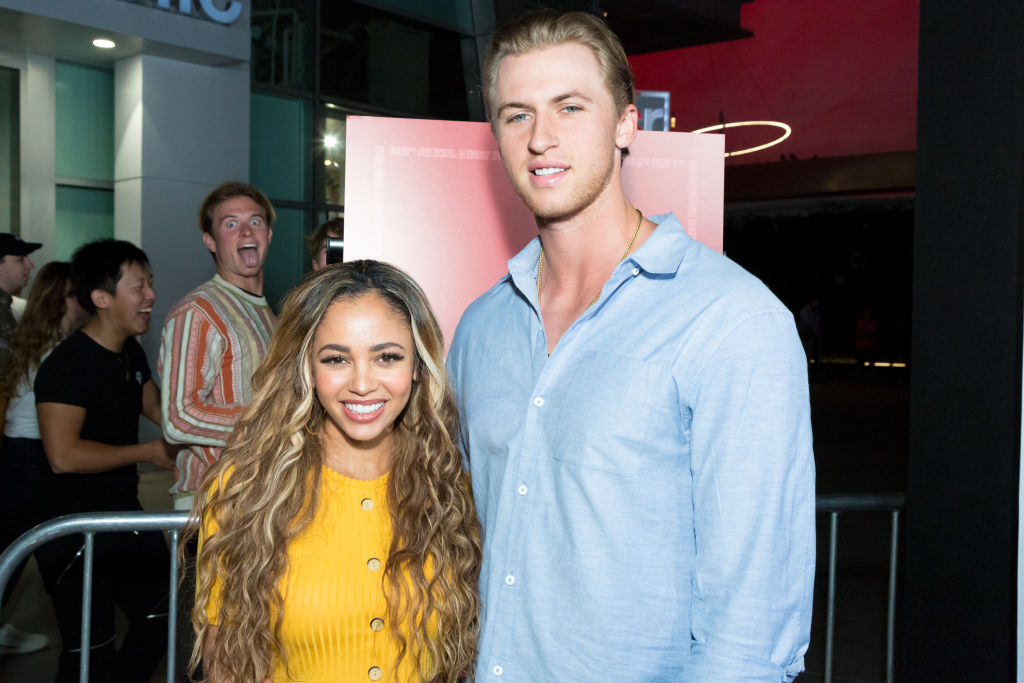 Just when everybody thought that the first year of marriage is the couple's honeymoon stage, "Riverdale" star Vanessa Morgan is experiencing the exact opposite.

It is after Michael Kopech, her husband of six months, reportedly filed for divorce from Vanessa in her home state of Texas on June 19, 2020. However, the documents did not mention the reason behind the divorce filing.

Based on the documents obtained by The Chicago Tribune, the court records were filed in Morris County and sealed for further details. The report also cited that there was no hearing date listed yet for Kopech and Morgan's divorce.

Earlier this year, the 28-year-old actress and 24-year-old White Sox pitcher exchanged vows in an intimate ceremony at the Historic Walton House in Homestead, Florida. Roughly 40-ish guests attended the wedding, mainly composed of their closest family and friends.

Kopech and Morgan's love story started through social media when she found him on her Instagram explore page and followed his Twitter account. Michael immediately returned some love and slid through the actress' DM. In June 2018, they decided to meet in Chicago, and the rest, as they say, is history.

The couple got engaged in July last year and announced it by posting a photo of the baseball hunk down on one knee in front of the breathtaking Mooney Falls near the Grand Canyon in Arizona.

The news about Kopech filing for divorce came after Morgan recently took to social media to announce her pregnancy.

Last week, the "Pimp" actress posted a series of photos and videos on Instagram to reveal the good news that she is expecting. The snaps were taken from a gender-reveal party with close family and friends, where she found out that she is having a baby boy.

"Exciting news... I am overjoyed to be welcoming my baby boy into the world this January," Morgan wrote.

"This little guy has already brought me so much happiness and a feeling of such a greater purpose. I cannot wait to meet you!" she continued.

The actress added that growing up in front of the camera, she felt the need to shield his baby boy's privacy and vowed to give him a chance to grow outside the public eye -- "until he tells me otherwise."

While fans were quick to send their congratulatory message to the expecting momma, it was noticeable that her husband was not in any photos and videos.

Meanwhile, Morgan's representative told PEOPLE that Kopech is the father of her unborn child, but the rep refused to comment about the divorce filing.

Cheryl Blossom to the Rescue

"Don't disrespect our pitcher like that," one follower commented, referring to Kopech.

Petsch immediately slammed the negative comments and said: "Honestly, if I see one more comment like this, I'll lose it. Vanessa is a beautiful mother to be, and the hate and disrespect I'm seeing on this post about her bringing a new life into this world is disgusting."