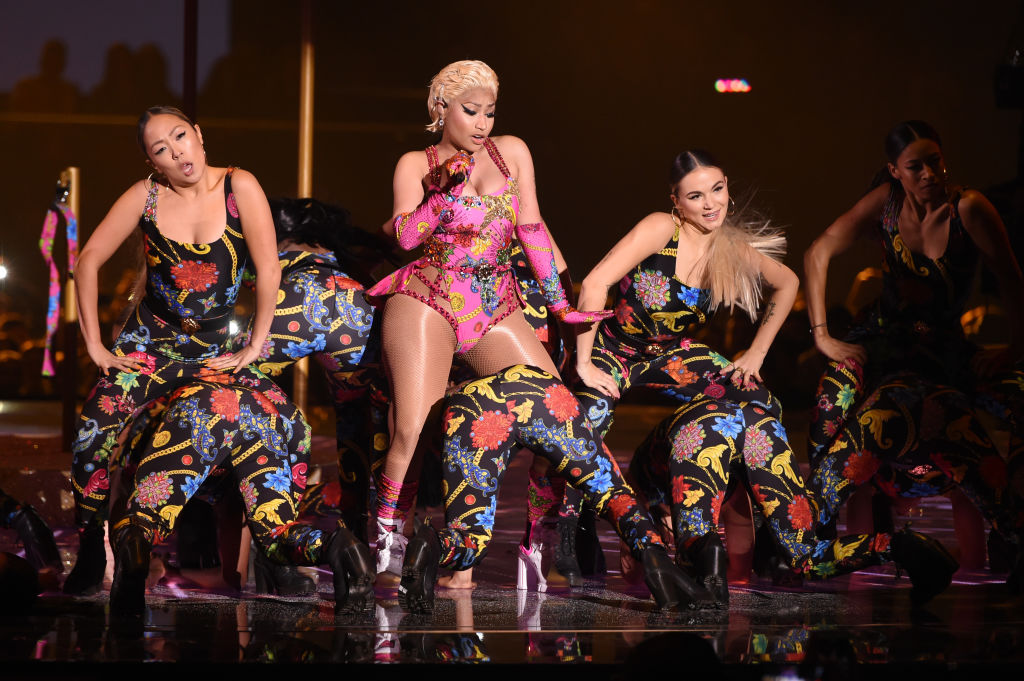 Nicki Minaj's husband Kenneth Petty is desperate to be with her when she gives birth to their baby. So desperate that he filed docs in his pending criminal case to beg the judge to let him be with his wife when their baby is being delivered. will his wish be granted though?

On Wednesday, Hollywood Life was able to obtain documents filed by Kennth Petty showing him begging the judge to change the terms of his pre-trial circumstances. He did this in the bid for him to be by the side of Nicki Minaj when she gives birth to their first baby.

After registering as a sex offender in California, the result of getting arrested when he first failed to do so when he and Nicki Minaj moved to the west coast stat, he is now dealing with certain pre-trial condition preventing him from being with Minaj when she gives birth.

By registering as a sex offender, he now has curfew and his travel is contained to just California. If Nicki Minjaj starts going into labor during his curfew hours, then a big probel esues. Naturally, he would not be with Minaj on these fated delivery hours.

That would certainly be Nicki Minaj heartbreak, or his. More so when she had the craziest of morning sickness! All the hardships only to deliver her baby alone?

According to Kenneth Petty, the US Attorney office and pretrial services did not oppose his request. As such, he's just waiting for the judge to sign off.

After shocking the world that she already got married, and then later on shocking the once more when news broke out that her husband was arrested, Minaj positively surprised once more her fans when she announced her pregnancy just earlier this month. Her baby bump is already very, very visible, which means she has been hiding the news for a while.

NIcki Minaj announced it the most stylish way possible - posting a photo of her bare baby belly in an outfit that was just wow to look at - a multi-colored bikini! It's actually a very Nicki Minaj move.

Days later, she also went out and was seen in another colorful outfit. On Thursday, July 30, Nicki Minaj promoted her latest music video with A$AP Ferg entitled,"Move Ya Hips." Apart from being created to a a new song and new video, she treated her fans to another glimpse of her belly in another sizzling bikini. For sure, she's very, very proud of her pregnancy. Kenneth Perry must be too, given he is willing to go the lengths just to be with Nicki Minaj when she gives birth.

It appears that Nicki Minaj is having a very colorful month. Despite all the drama that she and her marriage to Kenneth Petty went through, she's expecting their bundle of joy and releasing songs and videos! Great blessings indeed. The gender of their baby is yet to be revealed, but according to some sites, there are some hints already because of some baby clothes she picked up.  So, it's a boy?

Jojo Siwa Gets Hate For Introducing Boyfriend - 'How Can She Have A BF?'